Looking at Britain With Emigrant Eyes

In January 1980 I flew to Oporto to take up a post in a language school. Apart from a brief interlude in the mid-1980s, I have never again been resident in the UK, my career having taken me to various cities in southern Europe before I settled down in Sardinia, my current home. Well over half of my life has been spent outside the land of my birth and upbringing, yet when I write – whether by choice or as a requirement of my job (more of that below) – I have tended to return to British society, politics, mass media and literature for my subject matter. That does not mean that I am not interested in Italian history and culture, but because my formative years were not spent in Italy there are too many things of which I do not have an instinctive understanding. With the UK I am on much safer ground.

That said, it is also true that my long absence from the UK has changed the way I perceive my native land. I do not say that I look at Britain with a foreigner’s eyes because I am still a Brit with all the cultural and linguistic baggage that that implies. I am, however, an expatriate, thoroughly accustomed to the mores and modes of behaviour of those around me, so a more accurate way of putting it is to say that that I observe the UK with emigrant eyes. I consider that a great advantage: my British background generally allows me to work out where a writer or speaker is coming from, while my emigrant eyes enable me to see why his/her words do not always have the intended effect on people whose minds were shaped in a different society.

When I entered academia as a lecturer in English linguistics, publishing suddenly became a necessity rather than an option. I focused on stylistics and critical discourse analysis, and in twenty years chalked up two books plus thirty-four shorter publications, either articles in journals or chapters in multi-authored volumes. With only rare exceptions the source material came from a British journalist, politician or writer. I did what I had to do to demonstrate that I was an active scholar, but there was something unsatisfying about it all.

Academic articles have a limited readership and I felt that what I was writing about could interest far more people if presented in a rather different way. My preference for clear, accessible prose was discouraged by colleagues and editors who urged me to adopt a self-consciously scholarly register. For years I sought a balance between the abstruseness that others required of me and the perspicuity that I favoured, and I was rarely satisfied with the compromise. If Stephen Hawking could write a bestseller about a subject as esoteric as cosmology, why, I asked myself, did I have to be needlessly obscure when writing about our everyday practice of using language?

I also wanted to go beyond purely linguistic analysis. Language use is best examined in its cultural and social context, so it felt both natural and necessary to extend my investigations to the social sciences. In the years following Mrs Thatcher’s assertion that there was no such thing as society (1987), we have been told incessantly that we are individualistic, highly competitive animals, and for more than three decades research in the social sciences has served to show that in reality we are much better at solidarity, cooperation and social justice than the prevailing political narrative suggests. The linguistic evidence supports the findings of social scientists: a whole series of hurtful terms to refer to ethnic groups, the physically or cognitively disabled, LGBT people and the seriously obese have fallen into disuse or become taboo words. It became increasingly obvious to me that the social sciences were just too important not to demand my attention, particularly considering the expatriate status that made me a more than usually detached observer.

And so I rebelled. I unapologetically embraced popular linguistics, a readable style and a willingness to stray into the fields of the social and political sciences. My rebellion coincided with an event in the UK that was perfect for a British observer equipped with emigrant eyes: the ill-tempered build-up to the Brexit referendum. I had clear memories of the earlier referendum – the one in 1975 that confirmed Britain’s membership of the EEC – and, given the itinerant nature of my early career, I had had good reason to take a close interest in the UK’s relationship with Europe. But for three decades my home had been in one of the founding members of the EEC, and my perception of the EU was inevitably influenced by my vantage point.

No popular newspapers anywhere in the world are quite like the British tabloids, and thanks to my emigrant eyes I understand why foreign observers are nonplussed by their continued success. However, I have also been a child who loved The Perishers cartoon in the Daily Mirror, an adolescent  giggling over celebrities’ sex lives in the News of the World and a fair-minded adult admitting that the tabloids sometimes expose worms that powerful interests wanted to keep hidden in the can. Once again it is a case of writing about a British cultural phenomenon that I know well, but with the option of switching to my emigrant eyes to get a different perspective. It can never be a bad thing to look at matters from two points of view.

Steve Buckledee is a Lecturer in English Language and Linguistics at the University of Cagliari, Italy. His previous publications include The Role of Motivation in Second Language Acquisition (2011) and The Language of Brexit (2018). 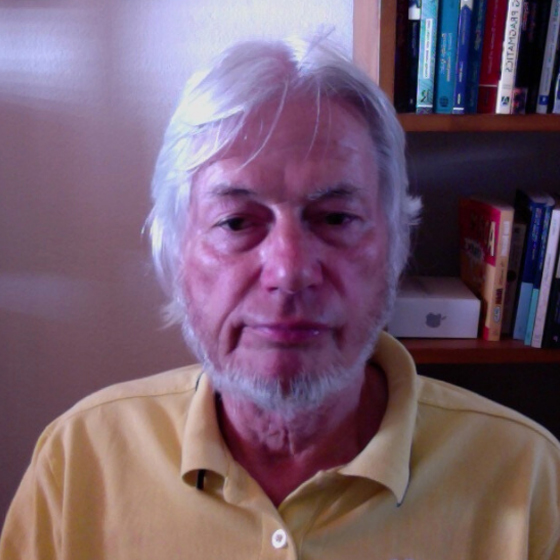