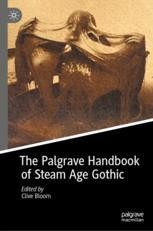 By the early 1830s the old school of Gothic literature was exhausted. Late Romanticism, emphasising as it did the uncertainties of personality and imagination, gave it a new lease of life. Gothic—the literature of disturbance and uncertainty—now produced works that reflected domestic fears, sexual crimes, drug filled hallucinations, the terrible secrets of middle class marriage, imperial horror at alien invasion, occult demonism and the insanity of psychopaths. It was from the 1830s onwards that the old gothic castle gave way to the country house drawing room, the dungeon was displaced by the sewers of the city and the villains of early novels became the familiar figures of Dr Jekyll and Mr Hyde, Dracula, Dorian Grey and Jack the Ripper. After the death of Prince Albert (1861), the Gothic became darker, more morbid, obsessed with demonic lovers, blood sucking ghouls, blood stained murderers and deranged doctors. Whilst the gothic architecture of the Houses of Parliament and the new Puginesque churches upheld a Victorian ideal of sobriety, Christianity and imperial destiny, Gothic literature filed these new spaces with a dread that spread like a plague to America, France, Germany and even Russia. From 1830 to 1914, the period covered by this volume, we saw the emergence of the greats of Gothic literature and the supernatural from Edgar Allan Poe to Emily Bronte, from Sheridan Le Fanu to Bram Stoker and Robert Louis Stevenson. Contributors also examine the fin-de-siècle dreamers of decadence such as Arthur Machen, M P Shiel and Vernon Lee and their obsession with the occult, folklore, spiritualism, revenants, ghostly apparitions and cosmic annihilation. This volume explores the period through the prism of architectural history, urban studies, feminism, 'hauntology' and much more. 'Horror', as Poe teaches us, 'is the soul of the plot'.

Clive Bloom is Emeritus Professor at Middlesex University, UK. He has written numerous books on popular literature, gothic fiction, history and politics. He is a broadcaster and occasional journalist who has been quoted in both the Washington Post and Pravda and has an entry in the Columbia Book of World Quotations.

“To be honest this book is just so good that it can’t be rushed. What I’ve read is outstanding. And what’s yet to come appears as compelling in a book full of many surprises and insights. … The Palgrave Handbook of Steam Age Gothic is for me one of the books of the year. It should be required reading for every student of the gothic.” (Alan Price, Magonia review of books, pelicanist.blogspot.com, July 22, 2021)

“A capacious compendium crammed with ideas and observations to inspire and stimulate all readers with any serious interest in the Gothic - the kind of book that sends you back to look afresh at works you thought you knew.” (Ramsey Campbell, English horror fiction writer, editor and critic)