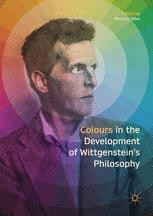 Colours in the development of Wittgenstein’s Philosophy

This book presents and discusses the varying and seminal role which colour plays in the development of Wittgenstein’s philosophy. Having once said that “Colours spur us to philosophize”, the theme of colour was one to which Wittgenstein returned constantly throughout his career. Ranging from his Notebooks, 1914-1916 and the Tractatus Logico-Philosophicus to the posthumously published Remarks on Colours and On Certainty, this book explores how both his view of philosophical problems generally and his view on colours specifically changed considerably over time. Paying particular attention to his so-called intermediary period, it takes a case-based approach to the presentation of colour in texts from this period, from Some Remarks on Logical Form and Philosophical Remarks to his Big Typescript.

Marcos Silva is currently Associate Professor at the Federal University of Alagoas, Brazil. He has held research positions in Rio de Janeiro, Fortaleza and Leipzig and has presented his research throughout Europe. His research interests include the philosophy of logic, philosophy of language and Wittgenstein’s philosophy.

“This volume is an example of Wittgenstein’s dictum ‘Colours spur us to philosophize’. Not only does it prove the extent to which Wittgenstein thought about colour all his life. For a wider philosophical public it is of greatest significance since it makes the obstacles apparent any view will suffer from if it seeks to ground our colour concepts in anything but their usage.” (Gabriele M. Mras, Associate Professor of Philosophy at Vienna University of Economics and Business, Austria) “This is vital reading for anyone interested in the early, middle, and late Wittgenstein’s philosophising about colour, as well as his reasons for philosophising about colour. The book contains important assessments also for those engaged in Wittgenstein Nachlass research and its implications for questions regarding editing Wittgenstein’s writings.” (Alois Pichler, Professor of Philosophy, University of Bergen, Norway)

“Even though Wittgenstein’s treatment of colour is pivotal in his philosophy, there are only a few studies on the topic. Featuring inspiring essays by leading scholars in this area, Silva’s collection is a remarkable contribution to rescue the epistemological and logical significance of a major philosophy of colour.” (Nuno Venturinha, Assistant Professor of Philosophy, Nova University of Lisbon, Portugal)

“This volume addresses a significant gap in the existing, easily available literature on Wittgenstein.  Not least because it concerns a Wittgenstein who is not represented by his two main books, the Tractatus Logico-Philosophicus and the Philosophical Investigations.  Most of the papers here concern a key strand of the crucial and fascinating 'middle period' of Wittgenstein's philosophical development, including his 'phenomenological' period, between his return to philosophy in 1929 and the shift a few years later towards that extraordinary mode of philosophising that issued in the Philosophical Investigations. That strand of course is colour, for example how to make sense of propositions like nothing can be black and white and a red all over, how to dovetail an account of their apparent necessity with the equally apparent fact that it is not a logical tautology (or generalisation of a tautology). The connection of this work of 1929-1933 and the late, better known work on colour of 1949-51 is also explored, and the volume features a diverse range of scholars from around the world without harming its focus. "Colours", goes the first line of the Editor's Introduction, "are  so  familiar that we  cannot  help  wondering  why  they  can  be  so troublesome and enigmatic.” (Gary Kemp, Senior Lecturer in Philosophy, University of Glasgow, UK)