Happiness and Wellbeing at Work

Return to the Happiness and Wellbeing page

There is much written on the topic of happiness and wellbeing, but very little attention given to how it relates to human capital. My book, Valuation of Human Capital: Quantifying the Importance of an Assembled Workforce, speaks to this timely point.

When management scholars talk about happiness and wellbeing at work, they tend to refer to mental wellbeing and define it in subjective and psychological terms. There is the hedonic perspective that encompasses an individual’s affective (how good it feels and how bad it doesn’t feel) and cognitive (how satisfying it seems) evaluation of their life. There is also eudaimonic well-being, which relies on personal growth and is related to the concept of self-actualization.

Said another way, if two groups of employees are identical in terms of their human capital—the skills and knowledge needed for individual productivity—the two groups may still widely differ in their actual contribution to organizational productivity based on differences in employee wellbeing. This means there is an inherent economic value associated with wellbeing in the workplace.

To better understand the value of wellbeing at work requires an understanding of the value of human capital itself. My book is a foundational guide to the valuation of an organization’s human capital. It provides ways to construe and measure the economic value of an assembled workforce—a perspective beyond the traditional accounting treatment of workers as an operating expense.

Of course, there are sound arguments for employee wellbeing that have nothing to do with economic value. However, an economic argument draws organizational attention to human welfare as an imperative. And the synergy between humanistic (normatively driven) and economistic (financially driven) perspectives in this case are clear when the sustainability of human capital value over time is emphasized, versus its short-term value at a static point in time. This notion forms a basic but essential premise of the book: for the workforce to have an ongoing value, its value producing properties must be sustained.

The sustainability of employee human capital in relation to their overall wellbeing—their physical health in addition to their mental health—is underscored through the lens of the performance-regeneration paradox. The relationship between work hours and human capital is curvilinear. That is, productivity increases in relation to work hours to a point, but there is a subjective threshold at which the number of hours worked begins to erode rather than enhance human capital. Long-term individual input of many work hours has well documented negative effects on mental and physical wellbeing.

This phenomenon is labeled the performance-regeneration paradox because the more time and energy employees devote to increased work performance and productivity, the less time they have available for regeneration of the qualities needed to sustain work performance and productivity. In economic terms, lack of regeneration equates to a higher rate of depreciation and obsolescence for the human capital embodied by the assembled workforce. So not only does workplace wellbeing play an important role in enhancing the value of the assembled workforce, as initially described, it is also critical for maintaining human capital.

It’s often said that people make the organization, that ‘our people are our greatest asset’. Yet few organizations actually evaluate their workforce in these economic terms. The overarching goal of my book is to address the glaring gap between the espoused importance surrounding organizational human capital and the actual assessment and reporting of human capital value, and in a way that is relevant for teaching, applied research and practice. Workplace wellbeing is one integral piece of the equation.

Kimberly K. Merriman is a Management Professor with the Manning School of Business at UMass Lowell, an innovative educator, business advisor and widely published and cited authority on compensation, performance management and human capital. She holds a Ph.D. in Organizational Management and Human Resources and a B.B.A. in Accounting. 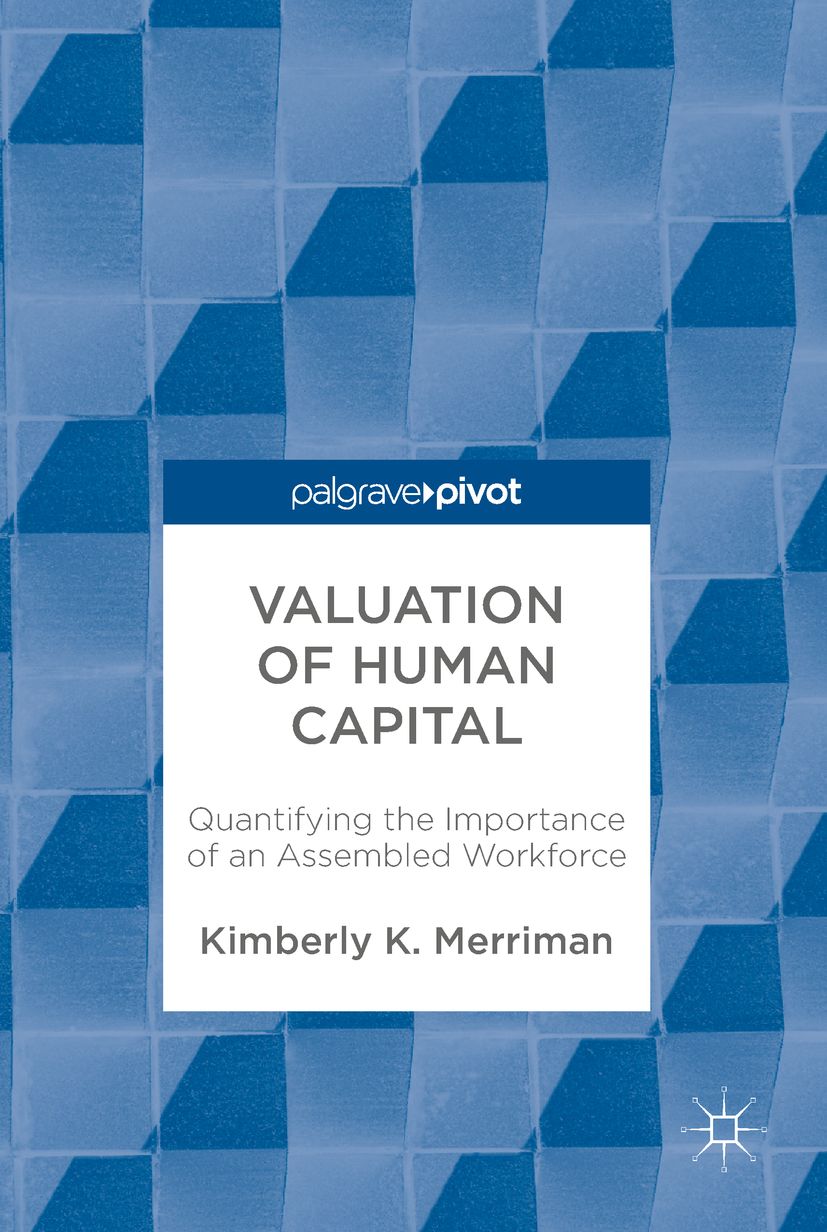