It seems poignant that I write this blog on a flight leaving Calcutta with my partner and my daughter, having visited my family over our Easter holidays in India. Twenty years ago, I left the city and my home of eighteen years for a new life in the UK as a university student, subsequently making it my home and establishing myself here as a dance and theatre academic. Just as I was the only student of colour on my undergraduate programme back in 1997, I still remain, in 2018, one of very few academics of colour in our fields.

As we take off, I stare longingly at the cityscape of Calcutta beneath us, my heart heavy for all the loved ones I leave behind yet again. I realise the city may look very different from my vantage point twenty years ago, but at its heart it really hasn’t changed that much. If anyone has changed, it is me. I am conscious of the love-hate relationship I share with this city. It manifests in longing to be in it when I am away and yearning to get out as soon as I arrive. Sensing my heavy heart, my partner leans over, squeezes my hand and captures my complex bond with Calcutta beautifully, ‘You can’t live with it and you can’t live without it eh?’

There it is. The life of every privileged migrant captured succinctly in those dozen powerful words, as we dance our routes through our transnational, intercultural and mobile existences. At home in the world. Rooted everywhere and nowhere at once.

It is no wonder that Akram Khan’s art speaks to me, not only at aesthetic and artistic dimensions, but much more importantly, at personal and political levels. It is in meandering through his art that continues to search for his many selves, that I discover myself again and again and again. This was particularly potent as an experience as I watched Desh with my six-year old daughter, Khan’s poignant reflections on his relationship to Bangladesh, his parents’ country of origin. I birthed a version of my book Akram Khan: Dancing New Interculturalism in the form of a PhD, ten days before I birthed my daughter Heera. The lived reality of parenting a child of mixed race and cultural heritages alongside my wonderful Scottish-American partner Colin, as the UK political landscape continues to turn unpalatable, is the embodied lens through which I conceptualize Khan’s ‘new interculturalism’. A lived condition and a resistive political stance – mirrored in my own small but perfectly formed family unit’s life experiences. Being awarded the de la Torre Bueno First Book Award (2017) by the Dance Studies Association (DSA) is in many ways a recognition of my attempt to make sense of my own family’s embodied realities.

When I was writing my book, one of the key things that made me certain that I was offering something new to scholarship on this influential British-Asian dance artist was the embodied position from which I was able to analyse his works. Khan and I are both part of the British-Bengali diaspora, sharing first and second-generation experiences between us. We both trained in kathak and contemporary dance languages, of which physical theatre was an integral part. We are both married interracially and parents to children with multiracial and cultural heritages. My positionality vis-à-vis Khan’s art-making is thus vital to the ways in which I have been able to theorise his works.

My book is also one of very few monographs dedicated to the study of a significant British dance artist of colour, written by myself, a woman of colour. The New World Choreography Series by Palgrave that published my book, edited by Professors Rachel Fensham and Peter Boenisch, has been making space for alternative narratives to choreographic practices ever since its inception, and amongst the seven titles released in the series so far, three are dedicated to brown dancing bodies and histories, written by brown dance scholars and one has been co-edited by a black dance scholar. The book series’ commitment to champion scholars and bodies of colour signals a promising juncture in our whiteness-dominated-field that has historically spoken for such artists, constructing and situating them as the Others.

So how to reclaim and rewrite Othernesses from the positon of the Other? My book and my own life experiences are fundamentally entangled and bound up in navigating all kinds of Othernesses; my own of course, my daughter’s, my partner’s, Khan’s, his partner’s, his children’s, his company members’, the UK’s relationship to brownnesses, race politics and the politics of (non)belonging. But in my navigation of such Othernesses, I lay out the terms through which these politics of differences are represented, received and interacted with, refusing to be categorised through the terms of whiteness. Equally Other is the interdisciplinarity of my book’s methodologies, positioned in between dance studies, theatre studies, postcolonial studies, globalisation studies and diaspora studies. Its refusal to be easily categorized is an extension of my own part-reticence and part-inability to be rooted in any homogenised, limiting and singular way. Instead messy spaces of inbetweenness have become for me places of familiarity and comfort.

I recently championed such inbetweenness in my acceptance speech at the DSA Awards Ceremony at Ohio State University in acknowledging that I have always felt like an outsider to dance studies, having been trained as a theatre studies scholar. I noted that this award recognition should be a timely reminder to all of us dance scholars that our field champions exciting and messy possibilities that emerge in between disciplines, cultures and peoples. I urged for a renewed effort by DSA to continue to resist all forms of insularity and inward-thinking in order to ensure the growth and sustenance of our field through the championing of collaborations between voices, practices and people who have historically been marginalized and spoken for. To this end, I evoked the words of the British cultural studies giant Stuart Hall, who in his vehement critiques of inward-looking nationalist rhetoric of purity, championed every kind of hybridity, by proclaiming that the future belongs to the impure.

Hall’s powerful words resonate loudly deep in and through me as I look across at my family, grounded in our skins despite the bumpiness of the flight and what life has to offer. I am thankful and proud of the many histories, people and places and their impure concoctions that we carry within us. And as I finish off this post, I similarly long for and raise a toast to the field of Dance Studies and our impure futures.

Royona Mitra is the author of Akram Khan: Dancing New Interculturalism (Palgrave; 2015), which was awarded the 2017 de la Torre Bueno First Book Award by the Dance Studies Association (DSA) and the 2016 Runner-up for the New Career Research in Theatre/Performance Prize by the Theatre & Performance Research Association (TaPRA). She is a Senior Lecturer in Theatre at Brunel University London where she teaches dance theatre, intercultural performance practice and critical theory. Her scholarship addresses intersectionalities between race, gender, nation, sexuality and postcoloniality, and she contributes to discourses on intercultural performance, dance theatre, and South Asian diasporic dance practices. Her essays have been published in Performance Research Journal, Dance Research Journal, Women and Performance Journal, Feminist Review and in key edited dance studies anthologies.

< Back to International Dance Day 2018 Page 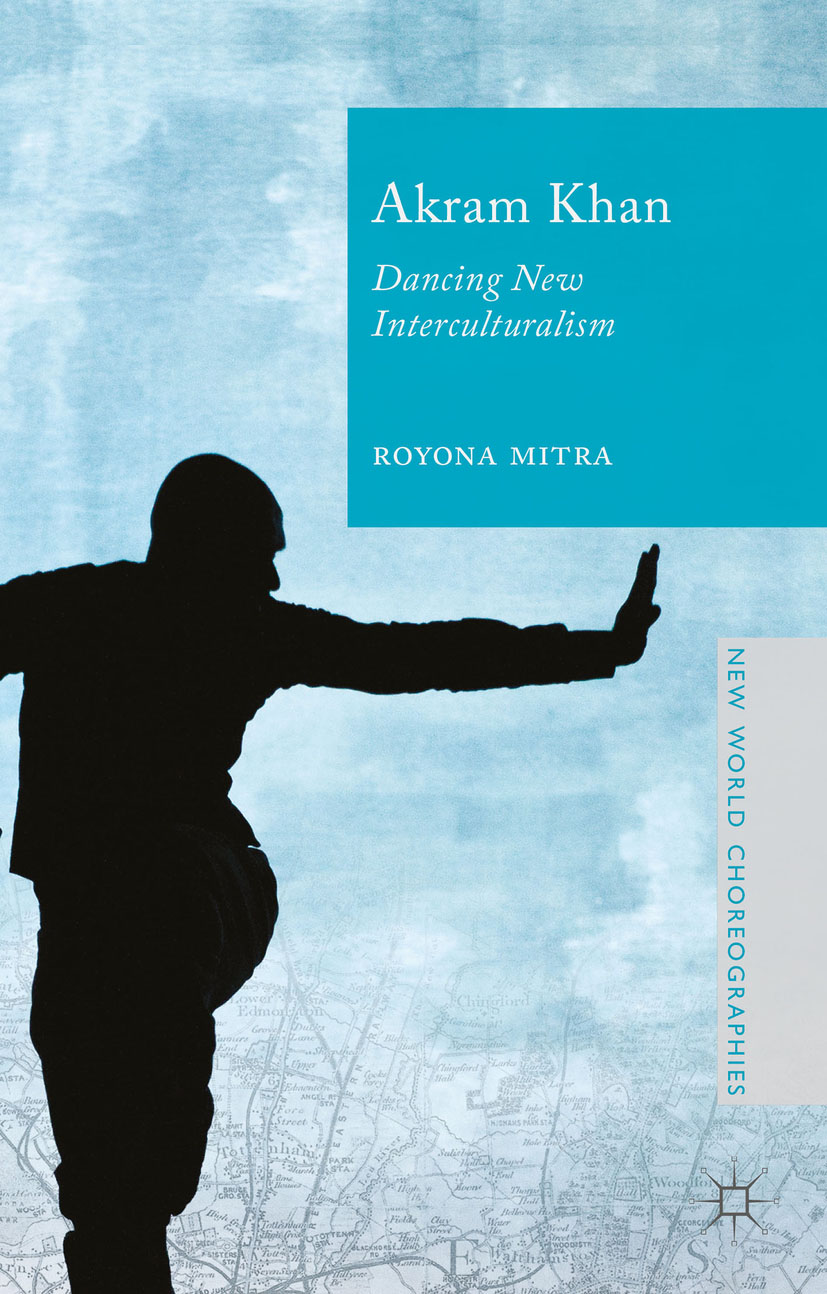