Yvette Taylor on Gender and Sexuality in Global Education Systems

Palgrave Studies in Gender and Education series editor and author, Yvette Taylor, discusses the various histories and experiences of the LGBT community as well as the inequalities still present.

Lesbian, Gay, Bisexual and Transgender  (LGBT) History Month represents a key moment to consider gains made in LGBT visibility and equality across social and cultural realms, representing a moment of public ‘outness’, which we can attach to – and stretch though - our academic disciplines, debates and publications. How have debates changed with the introduction of Equalities Legislation, how are these provisions resisted and engaged with and what gaps persist in the celebration of LGBT lives, in, and beyond the month of February? Who is the subject of, and celebrated in, LGBT history month?

Since 2014, I’ve been Series Editor for the Gender and Education Series, which has seen many successful titles including Queer Teachers, Identity and Performativity (Harris and Gray, 2014) which asks ‘what do we mean when we talk about 'queer teachers?'’, and reminds us of persisting hostile educational contexts, across four national contexts: Australia, Ireland, the UK and the USA, as well as creative moments of possibility in re-imagining teachers and pupils beyond still hetero-normative institutions.

In Making Space for Queer Identifying Religious Youth (2016) I considered the question of ‘sexual citizenship’ in relation to younger lives, where the normative markers of citizenship  - such as marriage, employment, consumption etc. – may not apply to such ‘citizens’. Similarly, a frequent rift in debates on LGBT rights is the assumed clash with religious rights, negating the ways in which young LGBT citizens engage with religious practice and identification.  It is important to consider the ways identities stretch beyond abbreviations, even as we concern ourselves with the ‘LGBT’ one as a collective, and as an identification that still matters, materially and culturally.

The story of complicating LGBT (in)visibility has been a frequent theme in my own work, including in Working-Class Lesbian Life (2007) based on research with women who self-identified as working-class and lesbian, showing the intersectional significance of class and sexuality in their biographies, everyday lives and identities.  Nearly a decade on, I am unsure if the question of class has been tackled within LGBT community, including in ‘scene spaces’ as a public marker of presence, increasingly at a global scale, with ‘Gay cities’ capitalising on such moments, but which may feel exclusionary and be inaccessible to less affluent groups.

The sense of inclusion alongside exclusion, was tackled in Lesbian and Gay Parenting: Securing Social and Educational Capital (2009) based on interviews with middle-class and working-class parents, where class and gender, often more than sexuality, impacted on routes to parenthood, educational engagement, choice of location and experience of LGBT community. While there has been much critique of LGBT lives becoming more normative, more like their heterosexual counterparts, the consideration of class inequality compels a focus on lines of sameness and difference.

LGBT history months offers a chance to re-visit ‘histories’ and to consider what inequalities are still present, including within LGBT communities, how might groups (such as parents, those with religious affiliations, working-class groups) differently experience historical and landmark moments, as well as a sense of LGBT futures, and what academic work is still needed here? The Gender and Education Series particularly welcomes consideration of that question, and how, for example, educators might be differently engaged with in – and beyond – LGBT history month.

Yvette Taylor is Professor of Education at the University of Strathclyde, UK and was previously Head of the Weeks Centre for Social and Policy Research, London South Bank University, UK. She was a Fulbright Distinguished Scholar at Rutgers University, USA and has held visiting posts including at the Australian National University and McGill University, Canada. 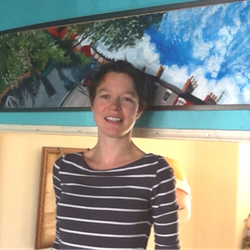 Books featured in this article