Jane Traies on the Importance of Personal Histories 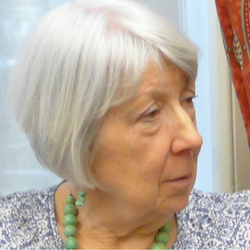 Jane Traies, the author of The Lives of Older Lesbians: Sexuality, Identity & the Life Course, discusses the importance of personal histories – how they remind us of the individual humanity of the teller and of the intersecting influences that make each of us unique.

In 1966 I was a third year undergraduate. Outwardly I was pretty much indistinguishable from any other mini-skirted, eye-lined and back-combed girl student of the day; but I had a secret. I was hiding from my friends, family and the world in general the fact that I was in a same-sex relationship. This made my life both blissful and terrifying: I was in love and happy, but never free from the fear of being found out and of the hideous consequences I was sure would follow. One afternoon that summer, a boy I knew appeared on campus with a clipboard. He was collecting signatures for a petition in support of the decriminalisation of male homosexuality. I can still remember my reaction: shock, because I had assumed he was straight (in those days, gay people didn’t come out even to each other) and amazed admiration for his courage: I knew I could not have been that brave.

A year later, the Sexual Offences Act 1967 passed into law and homosexual acts between men were – at least in part – decriminalised. In this year’s LGBTQ History Month we are celebrating the 50th anniversary of that key moment in the history of sexuality in the UK. But as the story of half a century of progress and liberation begins to harden into a generally-accepted historical narrative, it is important not to let LGBTQ history become homogenised, as if the story was the same for all of us. It wasn’t; and this is why individual life stories remain an important tool in the proper understanding of our shared past.

Lesbian relationships were never illegal, and so do not figure much in the story of 1967. Lesbians were there, of course, and subject to the same social stigma as gay men; but their lives – like those of so many other women – were ‘hidden from history’ then, and have to some extent continued to be so. My oral history research with lesbians born before 1950 has revealed some of the ways in which, in the second half of the 20th century, the lives of lesbian and bisexual women differed from those of gay men. No, we were never illegal, but we were second-class citizens nonetheless.

The stories I collect offer a forceful reminder that the experience of stigma and discrimination is always gendered. For the women who tell me those stories, homophobia was always inflected by the institutionalised sexism of the time. In 1967 a lesbian faced not only the opprobrium of society towards homosexuality in general, but also all the barriers to women’s equality shared by her heterosexual sisters. A woman without a man was still at a serious social and economic disadvantage, and that disadvantage was doubled for lesbian couples, where both partners shared the female fate of low incomes and limited job prospects. Equal pay and equal opportunities were still a decade away, and there was no redress against unfair dismissal on the grounds of either gender or sexual orientation. In 1967, women could not obtain mortgages, or take out hire purchase agreements unless a male relative signed the contract. Married women’s incomes were still taxed as if they were their husbands’ property. A lesbian was considered an ‘unfit’ mother who could – and often did – lose custody of her children if her sexual orientation was discovered.

In the second half of the twentieth century, then, lesbians still faced the ‘double whammy’ of homophobia and institutionalised sexism. Their experiences make a clear case for a truly intersectional and nuanced view of history that takes into account not only LGBTQ people’s collective difference from the mainstream, but also the diversity of experience within the LGBTQ ‘community’. Personal histories are a key tool in this project: they remind us of the individual humanity of every teller and of the intersecting influences that make each of us, straight or gay, unique.

Jane Traies is speaking at a number of venues throughout LGBT History month. Full details of these events can be found below.