FinTech’s Impact on the Future of Banking

We are currently going through one of the most important transformations in financial history - the FinTech revolution. And it’s going to change banking as we know it.

FinTech, short for Financial Technology, is the innovative use of technology in the design and delivery of financial services. It’s transforming finance through a broad range of uses and technologies, from artificial intelligence and blockchain to digital payments and roboadvisors.

Why is this FinTech revolution happening now?

Historically, as technology evolved, the financial services industry used to be relatively quick to adopt new innovations in order to better serve customers. But all of this changed during the global financial crisis of 2008.

During the crisis, banks were focused on complying with the numerous new rules, regulatory requirements and fines imposed on them. Innovation was a very distant priority.

During that same time period, there was a series of game changing technological innovations that transformed the way we live and became part of our daily lives - the iPhone, Airbnb, Uber, WhatsApp, WeChat - for example. This created a big gap in what banks were able to offer compared to what their customers had come to expect -- particularly when it came to convenience and user experience. And this was the gap that the FinTech revolution decided to tackle.

But that gap was so big that non-traditional banking players, like the large technology firms decided to jump in and capture the opportunity. For example, Facebook now has almost 50 regulatory licenses in the US alone and recently even got its financial services license from the Central Bank of Ireland. These licenses allow Facebook users to transfer money to each other using the messenger app. Alibaba’s financial arm, Ant Financial – launched in 2013 a money market fund called Yu E Bao that has now become the biggest money market fund in the world with over US$160 billion in assets under management, displacing incumbents who have been dominating for decades.

How are banks reacting?

Banks are obviously worried about these large tech firms as they not only have many existing touchpoints with customers like yourselves every day, but also have to a certain extent your trust and confidence. For example, if you share your kids’ photos with Facebook, wouldn’t you trust them to transfer money to your family as well? If you buy most of your daily necessities from Amazon, wouldn’t you also use them to search and buy insurance products as well?

What also worries banks, is that there are thousands of new and dynamic FinTech startups that now offer products that used to be dominated by traditional financial players. For example, peer to peer lending platforms now offer customers an alternative for loans that you used to get from a bank. Robo-advisory platforms offer asset management solutions that are not only more transparent in what they charge you but also substantially cheaper.

But banks are realising that the landscape is changing and to survive they need to evolve. Some banks will succeed in this evolution by being able to embed this culture of innovation and entrepreneurship across their organisation. But many will not.

Citibank predicts that over the next 10 years, 30% of banking jobs will disappear. Some experts put that number as high as 50%. It will not only mean those 30-50% direct job losses but also indirect ones as it will hurt the related economy around the financial services industry from law firms and accounting firms to hotels and restaurants.

Yes some new jobs will be created with FinTechs but in substantially smaller numbers. And these are very different jobs with very different skill sets than those required from bankers today - these new jobs are for programmers and data scientists not traders or compliance officers.

What does this mean for you?

Currently, the FinTech industry is continuing to transform how financial services are delivered and consumers will generally be great beneficiaries not only from a user experience or convenience perspective but also one of access and cost savings.

But there are also many other benefits, one of them being financial inclusion. There are currently more than 2 billion people around the world who are completely unbanked. They have no access to a bank account or no way to borrow money for college and these are individuals for whom the only way to save money is to stash it under their mattress.  It perpetuates a vicious cycle of poverty. Good news is that for the first time in history, we are able to give them access to financial services. And this is just the beginning. Welcome the FinTech revolution.

Henri Arslanian is an Adjunct Associate Professor at the University of Hong Kong where he teaches graduate courses on Entrepreneurship in Finance as well as the first FinTech university course in Asia.

He is the author of Entrepreneurship in Finance: Successfully Launching and Managing a Hedge Fund in Asia and is currently working on his next book on FinTech and RegTech Impact on the Financial Services Industry.

A lawyer and banker by background, Henri is a TEDx speaker and currently sits on several finance, academic, government, civil society, and FinTech related boards and advisory boards. Henri has been awarded many industry and academic awards over the years from being named one of the Most Influential Individuals in FinTech in Asia to being awarded the Governor General of Canada Gold Medal for Academic Excellence. 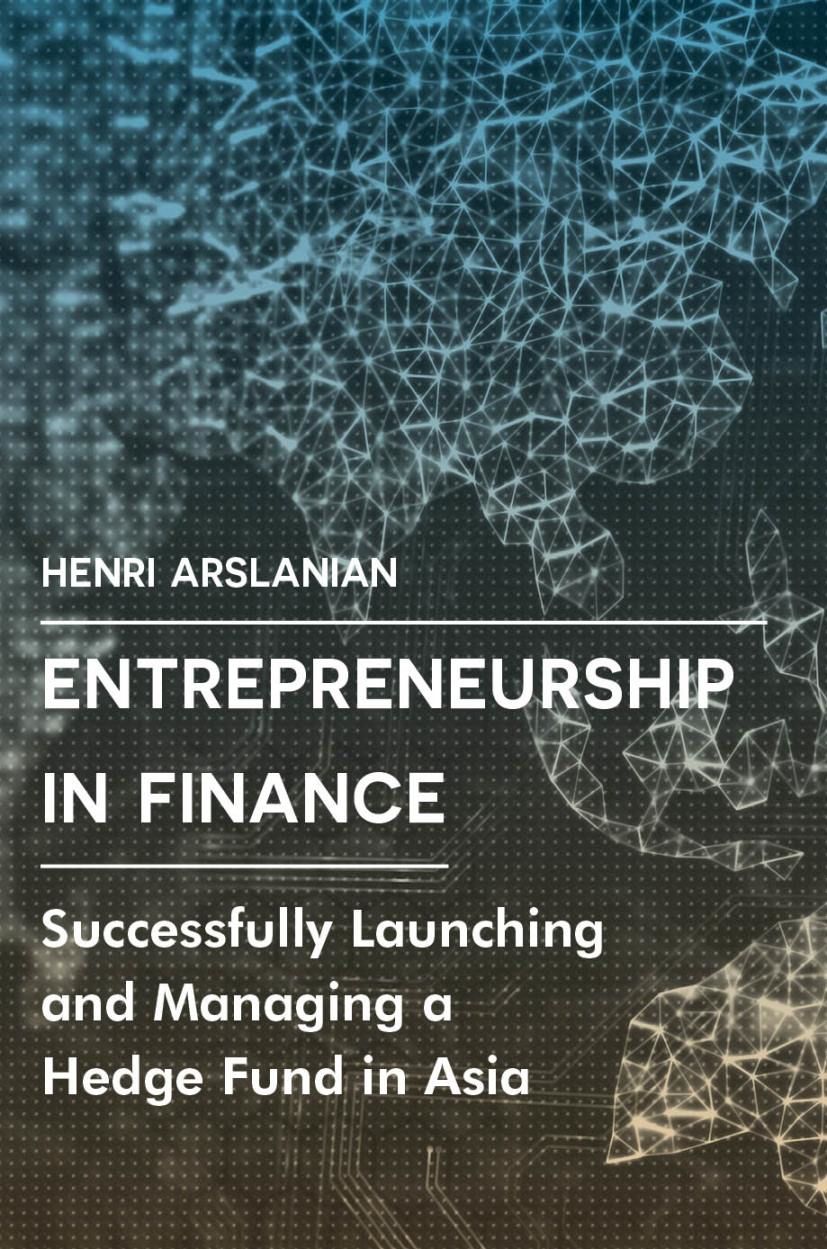