Return to the Behavioral Economics page

Can Behavioral Economics Come of Age?

The 2017 Nobel Prize winner Richard Thaler is not the first behavioral scholar to receive the most important award in economic research. Herbert Simon, Daniel Kahneman and Robert Shiller were given the prize before him. Out of these four, however, only the two most recent winners –Shiller and Thaler- can be labelled as pure economists, while Simon and Kahneman are both considered mainly psychologists. Does this shift in focus mean something? Does it mean that behavioral economics, initially regarded as the "intrusion" of psychology in the sacred realm of economics, is eventually going mainstream?

Let's hold our horses. As of today, if you use the UCAS engine to search across UK universities for undergraduate courses in "economics" you get 1,528 results. If you add the adjective "behavioral" to the search, results shrink down to 50. And the number of research papers on behavioral economics as a percentage of total papers on economics is still tiny (below 5 %). So, notwithstanding Thaler's achievement, it seems that behavioral economics has still a long way to go before being considered a serious challenge for the establishment.

But is the very idea of behavioral economics becoming one day the new standard plausible? And if so, how long could that take?

The answer to both questions is: it depends.

First of all, it depends on which behavioral economics we are talking about, as there are two distinct schools of thought. The first one (which could be called "pure behavioral economics", PBE for short) originates in the 1950s from the work of Herbert Simon and explicitly rejects conventional economic theories and modelling techniques. In a 1955 paper on decision-making, Simon describes the computations implied by the conventional optimization process  only to conclude that ‘My first empirical proposition is that there is a complete lack of evidence that, in actual human choice situations of any complexity, these computations can be, or are in fact, performed". That’s why Simon developed the concept of bounded rationality, by which decisions are often based on the use of "satisficing" (i.e. satisfactory+sufficing) mental shortcuts such as heuristics. These days PBE has its most influential advocate in Gerd Gigerenzer, who holds that heuristics are “ecologically rational", i.e. optimal if in evaluating the decision-making process environmental factors (e.g. time pressure, scarce information) are taken into due account.

The second school of thought (hybrid behavioral economics, HBE) stems from the major breakthrough implied by the prospect theory developed by Daniel Kahneman and Amos Tversky and includes economists such as Richard Thaler. HBE keeps focusing on the cognitive biases that distort human decision making processes  and result in irrational choices. Basically,

HBE aims at making conventional economics more realistic by qualifying its main assumptions: unbounded rationality, unbounded willpower, and unbounded selfishness. But the standard definition of rationality (by which if I prefer A to B and B to C, then I must prefer A to C) remains unchallenged.

In a way, HBE could thus be considered a subordinated discipline, focused on identifying the circumstances and the reasons why people deviate from rationality and do not act in their best interest. Given its "moderate" stance, it is hardly surprising that HBE is at the moment enjoying more success (Nobel prizes, university courses, bestselling books, etc.) than PBE, and is placed in pole position to further raise its status.

But even the "moderate" HBE is not there yet, and for a plurality of reasons.

To start with, in the last few years HBE has been growing ‘horizontally’ (each day a new bias, always studied in isolation) and the main result of this process is a discipline plagued with confusing definitions, unanswered questions and conceptual gaps. Paradoxically, behavioral economics suffers from an "information overload", with little or no guidance on what should be a reference unifying model.

And this is a very serious problem. We know that conventional economics failed in both explaining and forecasting real world events (the main example here is the global financial crisis). In order to become the “normal” economics, behavioral economics theories should outperform conventional economics and fulfil all the three preconditions (accuracy of predictions, generality, and tractability) identified by Stigler (1965).

At the moment, HBE (or PBE, for that matter) is, however, still far from fulfilling any of such preconditions. How to get on the right track?

First of all, the discipline should go on a conceptual diet. We hardly need the daily discovery of yet another behavioral bias (not to mention the fact that, being part and parcel of human nature –think of loss aversion-, many of the alleged biases should be rather considered features of our evolutionary design).

What we really need at this stage is the opposite: parsimony, i.e a tractable “reduced form”. We should be able to collapse the hundreds of different behavioral factors identified so far to a limited number of linear combinations of primitive factors. In turn, this operation is a necessary – although not sufficient - condition to build general unifying models that are capable of passing what is the ultimate litmus test for any full-fledged economic theory: the capacity of forecasting with sufficient accuracy real world events. This is what it takes if hybrid behavioral economics is to become something more than a set of exceptions to the rule.

Stigler, G. (1965), “The Development of Utility Theory”. In G. Stigler, Essays in the History of Economics, Chicago: Chicago University Press

Fabrizio Ghisellini, co-author of Behavioral Economics: Moving Forward, is a member of the Advisory Board of the Center for Monetary and Financial Studies of LUISS University, Rome, Italy. 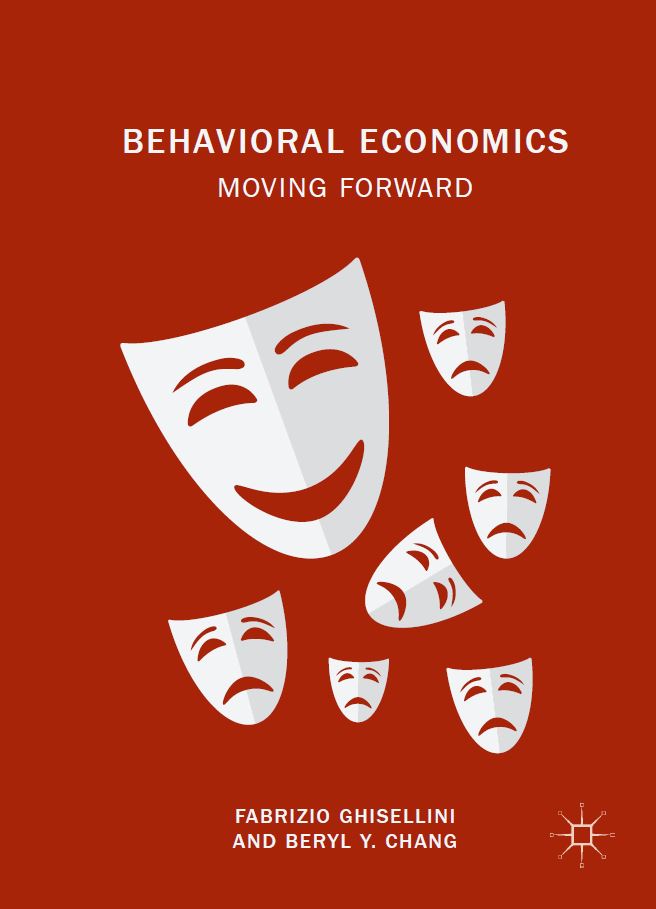