A lesser kind of citizen

Patricia Mindus is Associate Professor of Practical Philosophy and Wallenberg Academy Research Fellow at Uppsala University, Sweden, where she directs the project CIVIS SUM on practices of rule of law and migration policy in the EU. She works on citizenship and migration law in the EU, with a political and legal theory perspective and is a leading expert on legal realism.

Her book European Citizenship after Brexit is available to read Open Access.

A year ago I argued that instead of engaging in shaky forecasting on where negotiations might lead we ought to be clear about the cliff-hanger scenario: It is against this backdrop that progress (or regress) in negotiations is measured. It was premonitory to understand curtailment of rights and status, a topic I addressed in detail in my book European Citizenship After Brexit. So where are we heading? In my view, we have gone from bad to worse.

No matter its final shape, Brexit brings changes to the territorial scope of the application of the Treatises. It will impact ‘one of the major achievements of EU integration’: The citizenry of the Union. This will shrink in size, change in composition, with some of its parts becoming particularly exposed – e.g. those citizens who have relied on free movement in making their life choices. Many people around Europe are worried about losing residence rights and being subjected to a different migration status, possibly including that of irregular migrants liable to administrative detention. But what is worse is that European citizens face a collective and automatic lapse of status. Loss of citizenship en masse by the automatic workings of the law will affect all EU citizens of exclusively British nationality. Legally, this loss of citizenship is not voluntary since it is not the fruit of individual renunciation – this is so regardless of the ballot cast. Under international law, a provision that causes people to lose citizenship needs to be challengeable. If it cannot be challenged, it falls into the category of ‘arbitrary loss of citizenship’ which is prohibited by a range of international instruments.

But citizens themselves do have the opportunity to enact their Union citizenship by activating a citizens’ initiative, a form of a political initiative introduced in the Treaty of Lisbon enabling citizens from EU Member states to jointly suggest legislation to be made on matters where the EU has competence, such as Union citizenship. Its political legitimacy could rely on the fact that it is the 1st time that Union citizens, who were automatically given the status at Maastricht, raise their voice to say they want to remain European citizens. When I made this point in the book it was to show what could be done had Europeans been eager to show their solidarity with remainers. As an academic philosopher mine was an intellectual, not a practical exercise.

Practically, the idea was picked up the Bertrand Russell Peace Foundation who launched the ECI campaign entitled “Retaining European Citizenship”, which was registered with the Commission in May 2017 and received the endorsement of Michel Barnier among others. In July the book was quoted by the EPRS analysis for the European Parliament. There are currently 14,000 endorsements for Retaining European Citizenship ECI, with 3,000 during the last week. Another ECI is now being prepared on Union citizenship, fundamental status and elections, which would run at least until Exit Day on 29 March 2019. This ought to interest all Union citizens regardless of whether they feel affected by Brexit.

The reason is that negotiations are creating EU citizens of a lesser kind. According to the draft ‘transitional arrangements in the withdrawal agreement’ between the European Union and the United Kingdom, Union law is to be binding on the UK during the transition period, but not as it relates to the European citizen rights of UK nationals. These shall cease on Exit Day, under the draft agreement. Not only will Brits lose Union citizenship in ways that are profoundly challenging for the legitimacy of the legal membership in any political association, but during the transition, they will lose it without gaining the freedom from living under the rule in question. In the hubris of yearning for a cake to have and to eat, lost will be both the cake and the plate.

The stripping of citizenship and disenfranchisement of British EU citizens will occur in virtue of the fact that (some of) their fellow-nationals (and others who were allowed to vote) voted for Brexit in a consultative referendum three years earlier. Depriving Britons of Union citizenship on mere grounds of nationality is deeply problematic for all parties involved. The principle of non-discrimination on grounds of nationality is one of the basic principles of EU law. Lose it and EU law loses its specificity. It would be very different if they lost EU citizenship because EU law no longer applies; if, say, the scope of validity of the Treatises is curtailed. But now it looks like they are being stripped of their rights pursuant to the fact that they exclusively hold British nationality. Are they being discriminated against on grounds of nationality? Was this not precisely what EU law sets out to avoid?

Some Union citizens will lose their “fundamental status” (to speak with the ECJ) in 2019. This lesser kind of EU citizens are those who are not EU citizens in virtue of living under EU law, as all the others are: The legal grounds of EU citizenship is the validity of the Treatises so in the UK the Treatises will still be valid but not for the purposes of saving the rights of Union citizens. Yet Brits will still be living under EU law: Under the transition period British former EU citizens will live under EU law even on UK territories. EU law will continue to be binding for all other purposes except the purposes that grant them their fundamental status vis-à-vis that very legal order. Ironically, they will also lose their right to signing ECIs. Living under a rule to which one is denied voice in shaping the formation of its collective decision making is nothing less than arbitrary. It is the ABC of constitutional democracy. This basic premise is not upheld in the current situation. Making millions of Britons live under EU law yet stripped of their status as fellow citizens is a quite remarkable constitutional eyesore. 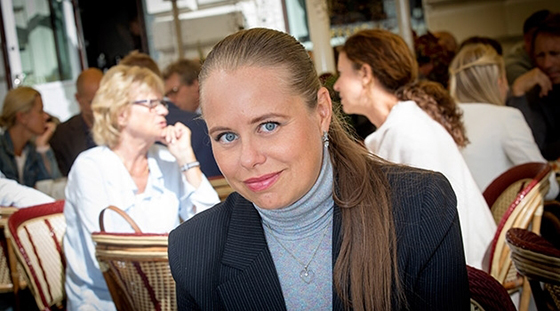 Books in the Palgrave Studies in European Union Politics series