Baxter on Women Leaders in the Press

In this original article Judith Baxter, author of Women Leaders and Gender Stereotyping in the UK Press, discusses the negative representation of women leaders in the press.

As a regular reader of British newspapers, I have noticed that women leaders, whether they are politicians, businesspeople, media celebrities or sportswomen, are a strong focus of interest, yet are often represented in negative, stereotyped and intolerant ways.

My interest reflects a remarkable rise in Social Sciences research on women and leadership with at least 1,200 published journal articles since 2010. This has been accompanied by widespread debate in public contexts about the need to include more women in the ranks of powerholders. There have been a number of success stories. Politically, many more women have occupied prominent positions such as Angela Merkel, Chancellor of Germany, Theresa May, Prime Minister of Britain, Sheikh Hasina, Head of State in Bangladesh and Christine Lagarde, Managing Director of the International Monetary Fund. Yet despite these successes, women leaders remain in the minority in most professions both in Britain and around the world. For example, the FTSE Women’s Board Report (2017) shows that, although numbers of women leaders have increased in Britain, they comprise just 28% of FTSE 100 boards, despite considerable effort by employers and politicians. This shortage of women has led many in the social sciences and the professions to ask: Why aren’t there more women leaders?

Social scientists have provided various explanations to answer this question from psychological, sociological, political, economic and business perspectives. These include shortage of affordable childcare, work-life balance, lack of female role models, lack of confidence and imposter syndrome. What has not been proposed by social scientists until recently is that there might be linguistic reasons why women are reluctant to seek promotion or find top jobs intimidating. My own research and that of sociolinguists such as Jo Angouri, Janet Holmes, Stephanie Schnurr and Louise Mullany indicate that the language of the workplace can marginalise women at senior levels. Approved ways of communicating often favour stereotypically masculine practices at the expense of stereotypically feminine ones. When women adopt masculine ways of speaking in the workplace they may be criticised or ostracised. Among sociolinguists, a powerful reason for women’s reluctance to take on leadership roles is therefore that of gender stereotyping. This occurs in people’s attitudes, often in the form of unconscious bias in the workplace, but is also found in the verbal and visual language of the mass media. As yet, gender stereotyping of women leaders has been under-explored from a sociolinguistic perspective. Why should we explore this?

I suggest it is because highly capable, talented and successful women are still being represented in newspapers and other media in limited, sexualised and demonised ways. For example, in a comparison of the British Prime Minister, Theresa May’s first day as prime minister, I found that articles from my corpus of national newspapers across the political spectrum all represented May as an ‘iron maiden’ stereotype – as cruel, cold-blooded and savage in her aim to ‘fire and hire’ members for her new Cabinet. Such representations send out messages to readers and viewers that women are not to be trusted in senior positions, and are not fit for leadership. If messages such as these are repeatedly given via mass media publications, readers will absorb them over time and be guided (perhaps unconsciously) by these gendered ‘discourses’ – ways of seeing the world that constantly legitimise stereotyped representations and retrogressive practices.

In my research, I am currently developing more positive ways of reading newspaper articles and other media texts in order not only to deconstruct gendered assumptions about women (often concealed in innocuous-sounding language), but also to help readers put something back. I encourage readers to develop ‘reconstructive’ strategies for reading newspaper articles (and other media texts) more positively. For example, one strategy I suggest is where readers are asked to imagine that the article is about a male leader rather than a female one. In so doing, they often find as they read that qualities such as strong ambition, competitiveness, decisiveness and authority are viewed more normatively by readers when associated with a man. In other words, the qualities are not negative in themselves, only considered so when associated with a woman. Strategies such as this help to view the women leader concerned more constructively. They also help to question our deeply embedded attitudes to gender and leadership, and potentially, to transform our thinking. Social scientists who teach the mass media might consider using such reconstructive reading strategies in university classrooms to encourage more open-mindedness, tolerance and perhaps admiration of women who face press censure on a daily basis. 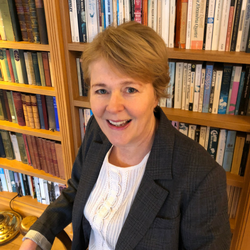