Farewell to the Academic Jet Set

By Kristian Bjørkdahl and Adrian Santiago Franco Duharte, editors of the open access book Academic Flying and the Means of Communication

In his satirical novel Small World (1984), English professor and writer David Lodge offers an amusing reflection on the travel habits of modern academics. The novel focuses on a jet set of literary scholars, constantly flitting from one conference to the next in an endless search for new adventures. The book’s equivalent of the Holy Grail is the so-called UNESCO chair of literary criticism, which is not only prestigious and well-paid, but which has the obvious advantage of not being bound to place. Apart from the tangible salary, it is “a purely conceptual chair […] to be occupied where the successful candidate wished to reside.” The chair “would be encouraged to fly around the world at UNESCO’s expense, attending conferences and meeting the international community of scholars, but entirely at his own discretion.”1

The entire gallery of characters drool over this opportunity, and none more so than the charismatic American professor of English literature, Morris Zapp, who at one point explains how various technological revolutions, including air transport, have meant that, “[s]cholars don’t have to work in the same institution to interact, nowadays: they call each other up, or they meet at international conferences.” Zapp himself boasts that he writes most of his essays in mid-air.

In the end, however, the coveted UNESCO position goes to Arthur Kingfisher, “doyen of the international community of literary theorists,” a man whose elevated reputation comes in part from the fact that he is “the only man in academic history to have occupied two chairs simultaneously in different continents (commuting by jet twice a week to spend Mondays to Wednesdays in Switzerland and Thursdays to Sundays in New York).”2

Small World is satire, but it contains much truth. It is quite true, for instance, that academia, since the 1960s, has become increasingly mobile and that much of this mobility has unfolded in the air. Today, this poses a wicked dilemma for academics: the world faces a climate crisis, and the cost of academics’ flying habits is obvious. Calculations show that the carbon footprint of a major academic conference is somewhere between 250 and 530 times larger than what it would be if the same conference were organized as a digital event.3

In the open access volume Academic Flying and the Means of Communication, we ask whether we academics can continue to fly from our share of the responsibility for global warming. Can we maintain the globetrotter lifestyle as we become increasingly aware of what is needed to avoid widespread climate change? Can we defend what some have called “academic tourism” while sound alternatives to flying become increasingly accessible and usable? We realize that rhetorical questions like these will not change anything much. That is why our volume digs deeper into the incentives that cause scientists to become such frequent flyers, while it also tries to uncover what can cause us to change our ways.

On the one hand, certain external incentives encourage academics to fly, as when funding bodies and universities ask academics to engage in “internationalization.” For example, our own institution, the University of Oslo, has been instrumental in establishing a so-called European University Alliance by the name of Circle U, the purpose of which is to increase cooperation and exchange across nine European member universities. This initiative is laudable in many ways, but it arguably does create a lasting incentive for students and employees at these universities to travel more.

We cannot blame institutions alone, however, since certain other incentives to fly are internal to academic work. We see a warped logic among academics where one assumes that, because notable academics travel a lot, the way to become a notable academic is by flying. According to one recent study, academics suffer from a “fear of not flying”: apparently, flying around the world to present papers at conferences has now become so important to an academic career that many academics are afraid to stay put.4

What, then, can be done about this state of affairs? One a general level, we need to establish that unbounded travel can no longer be our Holy Grail. Instead, our goal should be to transition out of our entrenched desire for limitless mobility.
The search for a less flight-intensive future could begin in our very recent past – that is, with our shared experience of being “grounded” during the Covid-19 pandemic. This experience demonstrated that many physical meetings between academics can be replaced by digital ones – not always and everywhere, and not always without a loss, but nevertheless quite widely.

It is important that we not trick ourselves into thinking that this transition has already taken place. For while there is great potential in the Covid experience, the incentives that enticed us to fly in the first place have since bounced back. If nothing else changes, they will continue to make us fly. For this reason, we need to develop the experience of the pandemic systematically.

This means, first, that we should work for institutional change. We should question whether internationalization schemes really require physical travel, call for restricting reimbursements of air travel, and reevaluate the frequency and location of academic conferences. Second, we must change the dynamics of academic culture. We must rob international travel of its prestige, expose the waste of mega-conferences, and attach new kudos to effective and innovative ways of using digital technology as an academic means of communication.

This does not mean that no academic should ever fly again. It does mean, however, that we need to leave behind the ideals encapsulated in David Lodge’s Small World: the romance with academic flying must become a thing of the past, as we bid farewell to the academic jet set. Given the world we face today, anything else would be irresponsible.

Kristian Bjørkdahl is a rhetoric scholar at the University of Oslo. He currently does research on the organization of science communication work, and on how the idea of Nordic colonial innocence is used rhetorically. He has been editor or co-editor of several volumes, including Pandemics, Publics, and Politics (Palgrave, 2019).

Adrian Santiago Franco Duharte holds a master’s degree in Development, Environment and Cultural Change from the University of Oslo. 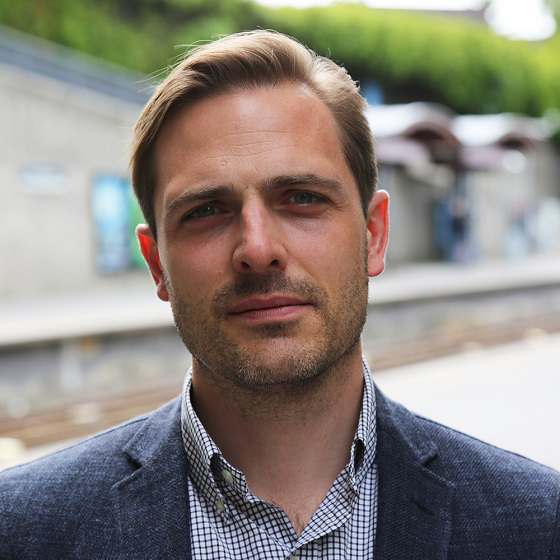