In this article David Block, author of Post-truth and Political Discourse, explores the concept of ‘post-truth’ and the relationship between different forms of truth- and untruthfulness.

At the end of every calendar year, the citizens of many countries around the world (and this is especially the case in the UK) are bombarded with lists of ‘the top 10 songs of the year’, or ‘the top ten films of the year’, or ‘the top ten novels of the year’, and so on. In many parts of the world, there is also a ‘man of the year’ and a ‘woman of the year’, or the more gender-neutral ‘person of the year’. Probably not so well known is the existence of the category ‘word of the year’. Or, at least, this was the case before 2016, when with great pomp and circumstance, the media around the world published the news item: ‘‘Post-truth’ declared word of the year by Oxford English Dictionaries’ (BBC, 2016). Referring of course to the English word of the year, the OED defined ‘post-truth’ as ‘[r]elating to or denoting circumstances in which objective facts are less influential in shaping public opinion than appeals to emotion and personal belief’ (OED 2016, npn). However, it soon became clear that the use of post-truth in an increasing number of domains (the media, among friends, in politics and so on) meant that inevitably, it would come to mean a lot more than what the OED had expressed so pithily. And, I might add, it certainly means a lot more than what Ralph Keyes, the purported originator of the term, had in mind when he published the book The Post-truth Era: Dishonesty and Deception in Contemporary Life in 2004.

I recall that my first contact with the term was through the media, and it probably was with reference to Trump in the early stages of his presidential campaign back in 2015. Or perhaps it was with reference to Brexit, during the campaign just prior to the referendum in June 2016. Either way, my true initiation into the actual ins and outs of post-truth came about in late 2016 when I was asked by my university to give a talk to research students from a range of backgrounds - from the STEM disciplines to Catalan philology - at an academic year inauguration ceremony. The multidisciplinary background of my audience pushed me to reading in a multidisciplinary way, examining what post-truth might mean in a range of domains of social activity, from climate change debates to day-to-day politics. For example, I was drawn to a debate taking place in the pages of a tourism management journal over whether or not students in this field should be mindful of climate change as part of a more general examination of the ecological impact of tourism on localities where it is an important part of the economy.

It was through reading broadly on the topic of post-truth that I came in contact with an array of auxiliary concepts and terms which might either supplement or substitute for it in discussions about the construction, distribution and consumption of information in contemporary societies. First, there was agnotology, or the study of how ignorance is propagated. Here I found especially interesting the work of Robert Proctor, a historian of science who has written extensively about how from the 1950 onwards the tobacco industry combatted medical research findings pointing to links between tobacco smoking and lung disease. There was also the need to examine what philosophers, from Bernard Williams to more recently Julian Baggini, had to say on ‘the truth’, that all important and notoriously illusive construct. While a century and a half ago, Nietzsche famously wrote that ‘[t]ruths are illusions about which it has been forgotten that they are illusions, worn-out metaphors without sensory impact, coins which have lost their image and now can be used only as metal, and no longer as coins’. (Nietzsche, [1873] 1989: 250), today there is much debate about whether the decedents of Nietzsche, and indeed post-modernists and post-structuralists in general, bear a great deal of responsibility for the crisis of truth today.

My readings on truth further lead me to the all-important concepts of lying, misleadingness, propaganda and ultimately, bullshit. Lying means saying something one knows or believes to be false, outside of malapropism or the use of metaphor, hyperbole or irony. It should be noted, however, that there is certain symmetry to telling the truth and telling a lie, with truth tellers and liars taking opposite positions with regard to facts. As Henry Frankfurt put it some time ago, ‘[e]ach responds to the facts as he understands them, although the response of the one is guided by the authority of the truth, while the response of the other defies that authority and refuses to meet its demands’ (Frankfurt, 1986: 18). Meanwhile, those who mislead do not necessarily lie and often they tell a truth, albeit a partial one, doing so with the intention of creating a false interpretation via the withholding of crucial auxiliary information or by simply avoiding the main that an interlocutor has enquired about. Moving to broader and more encompassing contexts where the truth is a focal point of contention, we have propaganda as the dissemination (usually from a position of power) of biased, misleading, inaccurate or false information - ideas, doctrines, allegations, accusations, rumours, opinions, images and so on.  Finally, bullshit is intentional and deceptive misrepresentation, where one shows no interest in or regard for the notion of truth. As Frankfurt explains, the bullshitter ‘does not reject the authority of the truth, as the liar does, and oppose himself to it. He pays no attention to it at all’ (ibid). In this sense, ‘bullshit is a greater enemy of the truth than lies are’ (ibid).

It is important to engage with these and other terms/concepts which may be seen to be related to the notion of post-truth, mainly because they provide one with a certain amount of nuance with regard to how to label instances of discourse in which versions of events or phenomena occurring in the real world are at stake, be these private or public, or lay or scientific. For example, much ink has been spilt on the number of lies that Donald Trump is purported to tell on a daily basis. Generally, fact-check technologies are applied to show that he, in effect, has a tortured relationship with more generally accepted norms of behaviour related to truth telling. However, I would suggest that while it is accurate to describe some of what he says as lying (for example, when he is trying to cover up wrongdoing in his past and present), a good deal of what he says on a moment-to-moment basis is more in the realm of bullshit than lying. I refer here to his propensity to say just about anything to shock (and often offend) as many people as possible and thereby maintain his hard-earned status as an iconoclast. When Trump denies that climate change exists, when he says that he has made America great again, when he says that some people (for example, his latest appointee) are good people and others (for example, his recently defenestrated former appointee) are bad people, he is not talking from a position where truth and falsity are important. Rather, he is situated in a realm in which telling the truth and lying have a more marginal role.

None of the previous has been written with the intention to exonerate Donald Trump of his crimes against the kind of rational discourse that many of us would like to see dominating public spaces in contemporary societies. Arguably, Trump is a liar and a bullshitter. And we could probably add that he misleads, propagates ignorance and propagandizes on a regular basis. However, Trump is relatively insignificant in the bigger scheme of things, a highly visible symptom of deeper goings-on in societies around the world. He is certainly not alone, and increasingly he is looking less exotic, all of which is food for thought for anyone concerned with how discourse matters - how both the form and content of communication is important in shaping our realities.

As I hope I have made clear, I think that post-truth has some value as a convenient term to use on the way to opening up a wider discussion about issues such as what ‘truth’ actually means, or about who has the authority to decide what counts as truth, or even about how we decide what counts as reasoned and legitimate discourse in contemporary societies. I don’t know what kind of shelf-life post-truth will have as a term, but I do think that it points to behaviours and phenomena that have been part and parcel of polity worldwide since time immemorial (see Machiavelli on the dark arts of politics in the 16th century). In my view, we need international discussions of what is going on with the construction and dissemination of information, knowledge and ignorance in the world today. However, as I argue in my recent Palgrave Pivot book, Post-truth and Political Discourse, there is a need to work locally, exploring in detail how public discourses mediated by truth claims, lying, misleadingness, agnotology and propaganda, play out. For this reason, I devote a good deal of space in the book to a lengthy discussion and analysis of how the Spanish conservative party systematically engages in the aforementioned behaviours. One of my motivations in adopting this tack was a certain discontent with how two key contexts for post-truth – Trump and Brexit – were either the only ones being focussed on or were set up as the best examples. Another motivation was more personal – I just wanted to understand my local context better! In conclusion, we need more teasing out of what we mean by post-truth and related terms, but we also need to examine how post-truth and related behaviours and phenomena are constructed in a wide range of contexts. Only then can we even begin to think about what to do about what many of us see as a general degradation of public discourse in 21st century societies. 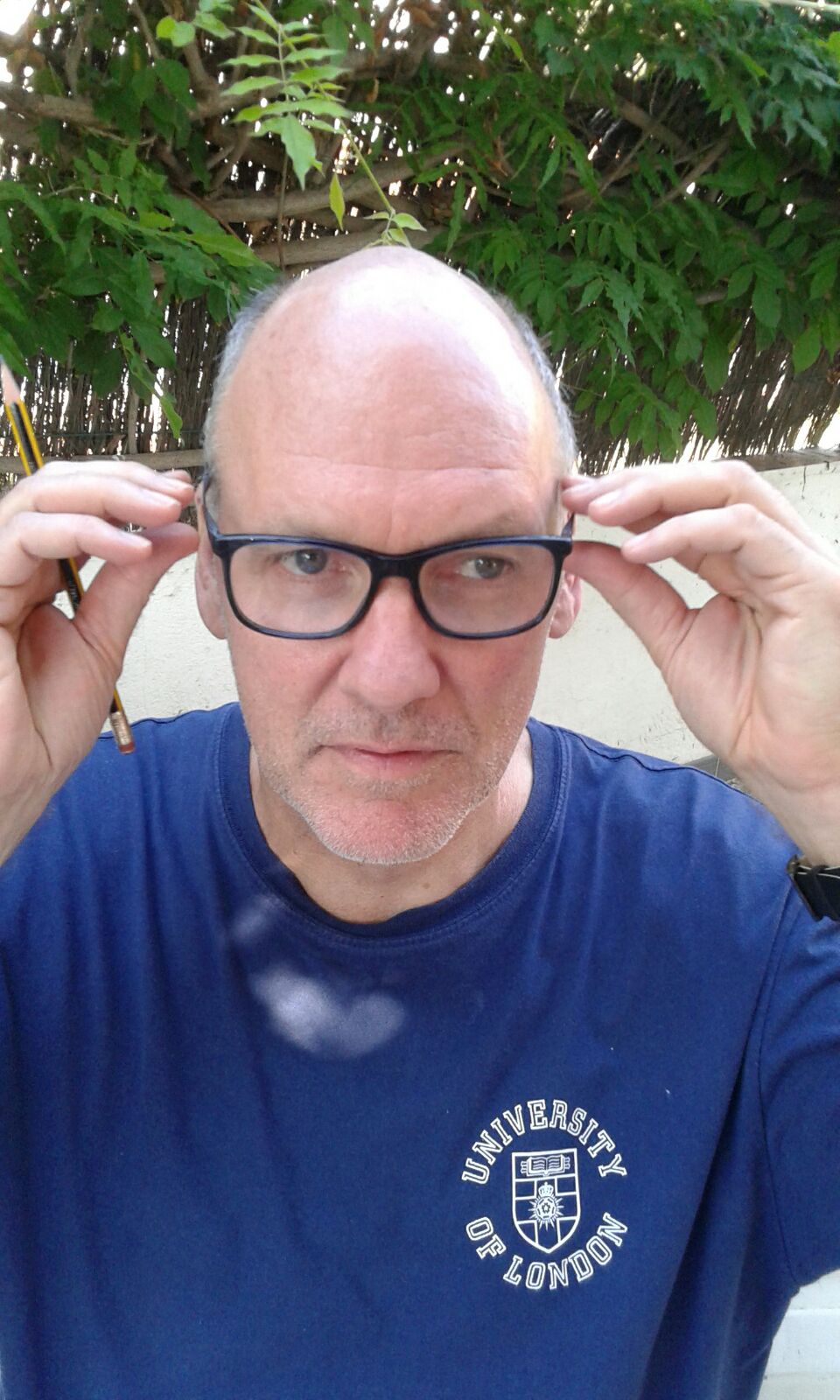