By Miraj Desai, author of Travel and Movement in Clinical Psychology

In this very moment, the world is witnessing the undeniable strength of social movements. Social movements move. In their most sweeping and brilliant forms, they not only move, but move mountains, catalyzing profound restructurations of society, including among the fault lines of race, gender, class, sexual orientation, and ecology. Yet, as I discuss in my book Travel and Movement in Clinical Psychology: The World Outside the Clinic (2018), social movements can also embody other vital roles in their march forward: They can disclose truth. And they can heal. This much is self-evident when looking at the history of antiracist social movements, for example. We now take each of these roles in order.

Social movements can disclose truth. In a speech to the American Psychological Association in 1968, not too long before his tragic murder, Dr. King (1968) described the truth-disclosive function of social movements in the context of the Civil Rights Movement. Whereas social science had failed to “tell it like is” (p. 180) about the appalling conditions of segregation and racism, the Black community did not fail, and through action and “raw courage did it virtually alone” (p. 180). The Civil Rights movement disclosed the truth of systemic racist violence and indignity, and this truth was often revealed in full view, as Dr. King noted, through the backlash they experienced, the “extremes of brutality” (p. 180) that compelled those bearing witness to enact political remedies.

Social movements can teach. Truth-telling and truth-disclosing while vital in their own right, are also the duties of a teacher, the imparter of wisdom. Social movements are teachers, as philosopher Lewis Gordon recently noted about the current era of radical protest, during the celebration of anticolonial psychiatrist Frantz Fanon’s 95th birthday. Like the best teachers, social movements communicate truths to the masses—truths that often face censure or disavowal by members of the vocally silent and silencing majority. The world is the classroom of the social movement.

Social movements can heal. Truth-telling and truth-disclosing have long been a central feature of the transformative therapeutic encounter. Social movements, therefore, heal, though their healing is not confined to their truth-telling function but in the mountains they move, such that current and future generations need not endure the same avalanche of suffering. As I often repeat in my book, as the world suffers, we suffer. Thus, healing of world suffering, leads to healing of its members. The world is the clinic of the social movement.

Social movements are, thus, clinically indicated. I will illustrate this clinical recommendation by way of synopsis of the book Travel and Movement in Clinical Psychology. It begins by describing someone experiencing the exclusionary brunt of racism and racist hate, and then having health professionals remain imperceptive, or worse, towards this suffering. It then goes into what such racism does on the level of subjectivity and how it is perpetuated by intersubjectivity—and then how this entire complex is embedded in all of human organization and structure (along with other intersectional forms of oppression). The book then analyzes antiracist and anticolonial social movements as forms of psychopolitical intervention, as alluded to above. It ends by prescribing social movements as a key component of the “treatment” for a deranged oppressive world. That this book was written two years before the current global uprising, but decades after the anticolonial and antiracist movements it analyzes as case studies, speaks to the enduring internal logics of oppression and the enduring wisdom of collective action.

We end with a question: If social movements can move, disclose truth, teach, and heal, does it mean that they are endowed with capabilities that we usually only allow for that most hallowed member of much of the Western tradition: the individual? To that end, phenomenological research has replied, yes, and collectives such as these can even be said to have a form of consciousness or even, strikingly, embodiment (Carr, 2019). But unlike the individual variety, these bodies necessarily move together (Carr, 2019), taking part in what Zen Master Seung Sahn (1999) might have called “together-action.” And in their actions, in their teachings, in their embodied movements, they can—as Fanon (1952/1967) famously implored of his own body—make of us a humanity who questions.

Miraj Desai is on the faculty at the Yale Program for Recovery and Community Health of the Yale University School of Medicine, Department of Psychiatry, USA. At Yale, he is also a Resident Fellow of Pierson College, a Member of the South Asian Studies Council, and Affiliated Faculty in the Center on Climate Change and Health.

Desai, M. U. (2018). Travel and movement in clinical psychology: The world outside the clinic. London: Palgrave Macmillan.

Gordon, L. R. (2020). What to do in our struggle to breathe: Fanon’s relevance in our time of multiple pandemics, Fanon at 95: A Twenty-Day Celebration. Bowdoin College (Online). 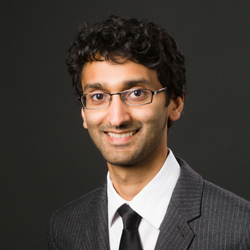