By Samira Ghoreishi, author of Women’s Activism in the Islamic Republic of Iran

Despite the Islamic Republic’s (IR) gender segregation policies and attempts to regulate women and women’s bodies, along with different crackdowns over the last four decades, these days, we can find many videos and photos on social media using the hashtags #IranProtests2022 and #MahsaAmini, depicting mass nationwide demonstrations and the leading role of Iranian women and girls.

Iran Protests 2022 have significantly challenged many of the existing assumptions regarding Iranian women’s activism. The mass mobilisation of citizens and public opinion by young female leadership, and well-organised nation-wide protests in streets, universities, and even schools, demonstrates that the women’s movement in Iran is beyond the Western definition of ‘Movement’ that requires the mobilisation of citizens and public opinion via strong organisations, leadership, and an ideological foundation.

Since mid-September 2022, after Mahsa (Jina) Amini, a Kurdish-Iranian woman, died in detention after her arrest by the so-called ‘morality police’ for not wearing a proper hijab, protests erupted against the morality police and mandatory hijab law.

As an Iranian woman born during the Iran-Iraq war (1980-1988) who has lived in Iran for more than 26 years, I can confidently claim that you can hardly find an Iranian who was raised under the Islamic regime who has never been arrested, stopped, or questioned. So, we are talking about a collective experience of institutional oppression and violation, the result of which is collective trauma. Accordingly, this uprising was not surprising. However, the 2022 women’s uprising quickly became a plural movement with the progressive slogan ‘Woman, Life, Freedom,’ which traces back to the history of Kurdish social movements.

The women’s uprising changed into a collective political action for freedom and equality. Mahsa (Jina)’s right to wear (or not to wear) a hijab was a question of basic human rights, including freedom of choice, freedom of expression, identity rights and the right over one’s own body. Within this specific social and political context, the term ‘Woman’ in this slogan does not particularly indicate the gender binary. It symbolises all subordinated groups in Iran, including women, ethnic and religious minorities, gender diverse communities, and people with disabilities who experience discrimination, injustice, and institutional oppression along with an unfair economic system. In response to the IR’s denial of human rights, Iranian women have never been silent; they have struggled against oppression, inequality, and exclusion through deliberations, negotiations, argumentations, and contestations. They have organised campaigns, gatherings, networks and connections in their communities and society.

Accordingly, on the foundation of decades of deliberative and communicative women’s rights activism and under the heavy dark shadow of IR’s institutional oppression, injustice and corruption, the 2022 uprising quickly changed into a plural movement to counter the IR’s patriarchal and theocratic regime and its patriarchal interpretation of Islam. The powerful presence of hitherto (wrongly assumed) invisible political subjects—women, youth and teens—on the streets of Iran was an assertion of their right to choose, to speak, to define their identity, to express their desire for dignity, respect and freedom, and to say no to the theocratic and patriarchal regime that dominates in Iran.

Post-revolutionary women’s activism is and has been multi-layered and varied, ranging from individual to collective action. It encompasses activities ranging from apparently political activities to pre-figurative political activities , from visibly public activities in the actual world (e.g., Mothers of Laleh Park: a group of mothers whose children have been disappeared, detained, and executed under IR) to cyber-public activities in cyberspace (e.g., My Stealthy Freedom Campaign). Essentially, this activism and resistance has facilitated the articulation of different interconnected networks and circles, reinforcing communication among diverse groups and individuals within society. Over time they have followed a communicative proceduralist model.

Through this multi-layered, communicative, and proceduralist form of activism, women have followed reformations that target the underlying framework of the existing dominant political, religious and cultural structures. While working within the confines of the Islamic regime, Iranian women have, in some periods and specific contexts, adapted affirmative strategies, such as reformist language, to resist controlling patriarchal and theological policies, and to correct gender injustice, inequality, and discrimination. These strategies have had and will continue to have transformative outcomes, as they target the foundation of the existing political structure of misogyny and patriarchy. Accordingly, ‘transformative reformation’ perfectly describes Iranian women’s movement activism.

Over time, these transformative reformations have followed through via different forms of activism, including massive protests like the 2009 Green Movement that is characterised as a plural movement with women as its key component, and the 2022 protests. These have acted like cracks on the surface of the Islamic regime’s power. They gradually extend and overall, fully delegitimise and deconstruct the dominant oppressive theocratic and misogynistic power.

Therefore, the 2022 Iran uprising, a plural and inclusive movement based on a specific social-political context, emerged from within. It is not like the reformist movements during the reformist era (1997-2005) that mainly followed affirmative strategies without targeting the foundation of the IR’s power structure. It is not a revolution like the one in 1979 that was a result of a hegemony associated with the elimination of diversity within society, the suppression of differences, and political oppression. The 2022 Iran uprising cannot and should not be a political project focused on short-term outcomes. It is based on the many years of deliberative, communicative, and multi-layered activism of Iranian women. It is the continuation of the chain of a communicative and proceduralist model of transformative reformations for democracy and freedom.

With the progressive slogan of ‘Woman, Life, Freedom’ and on the basis of decades of Iranian women’s deliberative, communicative, inclusive, and proceduralist model of activism, the 2022 Iran protests initiated and led by courageous Iranian women and girls have gone beyond the traditional Western definitions of ‘Revolution’ or ‘Movement’. They have also gone beyond Iran’s borders, and displayed a unique, emancipatory model of feminist activism. So, it is an opportunity for all women’s rights activists, groups, and feminist movements everywhere across the world to uphold unity within diversity. Let’s keep speaking out for gender justice and equality, for a fair and just society for equal opportunity for everyone as we loudly spread the words: ‘Woman, Life, Freedom’.

Samira Ghoreishi is an Iranian feminist researcher and women’s and children’s rights advocate based in New Zealand. Her scholarship focuses on analysing women’s public activism in non-secular and non-democratic contexts. She is the author of Women’s Activism in the Islamic Republic of Iran (Palgrave Macmillan, 2021). 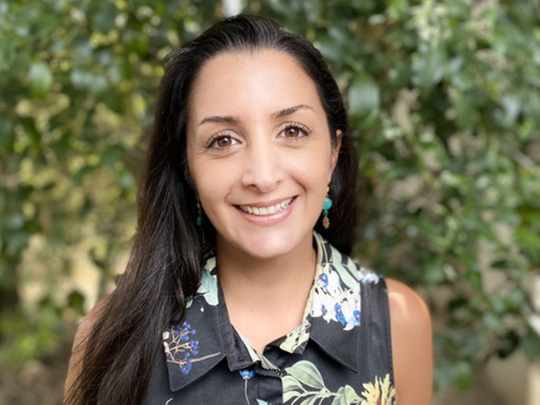