Creativity Matters: But Why Exactly?

By Vlad P. Glăveanu, editor of The Palgrave Handbook of Creativity and Culture Research

It’s undeniable that creativity, alongside innovation, is one of the hot topics of today. Considered one of the main 21st century skills and widely seen as important for both personal well-being and growth, as well as for societal and economic development worldwide; there is an ever-expanding literature dedicated to this topic. Much of it, however, doesn’t appeal to social scientists because it basically portrays creativity as an individual, psychological type of phenomenon, largely disconnected from its context. When creativity becomes of interest, it is because of how creative people and outcomes shape society, for better or worse (the worse including, among other things, increased inequality and environmental destruction). In other words, the two sides we most often associate with creativity are firstly its mental – hidden and mysterious – dynamic; and secondly its visible ‘peaks’, the historical creators and creations that break with tradition and change our world.

From a social science perspective, these partial understandings risk doing more harm than good. ‘Mentalist’ readings of this phenomenon disconnect creative individuals from their concrete environment and exclude the role of objects, places, and other people from creative production. Historical achievements, on the other hand, are interesting to explore, but they risk reducing creativity to geniuses and revolutionary outcomes that are impossible to attain by most of us. In sum, we either ignore the social dynamic of everyday creativity or cultivate the myth of the lone genius and its exclusive and elitist overtones.

My work on creativity over the past decade has been dedicated to developing a more relational, dynamic and participative model; one in which creators relate to various audiences and use multiple material and symbolic tools to generate artefacts that build on, and contribute to, a shared culture. This sociocultural reformulation emphasizes the fact that the creative process goes well beyond thinking, and incorporates action: the situated and embodied making of new and meaningful products within spaces of intersubjectivity. It also challenges the idea that creativity has to break with the old and produce radical change. On the contrary, within this distributed framework, creative processes and outcomes always come out of existing traditions and long-term social practices. They are, at once, highly individual as well as eminently social, articulating the personal and the collective sphere of our existence through acts of creative expression of agency.

A new understanding of agency is precisely what the study of creativity has to offer social scientists; and it is because of this that its investigation matters, above and beyond psychological health and economic gains. If all social sciences, one way or the other, study the bi-directional relations between individuals and society – their interdependence and co-evolution across time – then a focus on creativity tells us about how people shape their environment. We have accumulated a wealth of knowledge regarding how social structures, material settings and cultural institutions condition or even determine our thinking, feeling and being in the world. But what are the processes through which individuals, in turn, transform their environment? Creativity is a key candidate for such a process. And yet, because of the individualistic and reductionist legacy of studying psychology, in at least some areas, this notion has been largely avoided by scholars interested in economic shifts, social change, and political action. And yet, it is never advisable to throw away the baby with the bath water (or too late to recover it!)

There is much, at least in sociocultural accounts of creativity that can enrich our understanding of agency and society. First of all, distributed models of this phenomenon show that creative action doesn’t emerge from within isolated minds, or generate things ‘out of thin air’. Our agency is related, in turn, to the agency of other people and, in a socio-material frame, to that of objects, places, and institutions. Second, creative expression is always situated within a given historical context and it can be only be understood in relation to this. After all, things are never ‘creative’ once and for all, but only in relation to what we know at a certain time and in a given place. Third, discourses about creativity, both lay and scientific, matter. If we talk about this phenomenon in purely cognitive terms or relate it only to works of genius, we will be missing a chance to recognise and foster it in the everyday and in the lives of ‘ordinary’ people. Ultimately, if creativity is meant to transform our understanding of self and society, then a re-evaluation of its meaning and value is timely and worthy of attention across the social sciences.

Vlad P. Glăveanu, Webster University Geneva & Bergen University, has published extensively in the area of the cultural psychology of creativity. 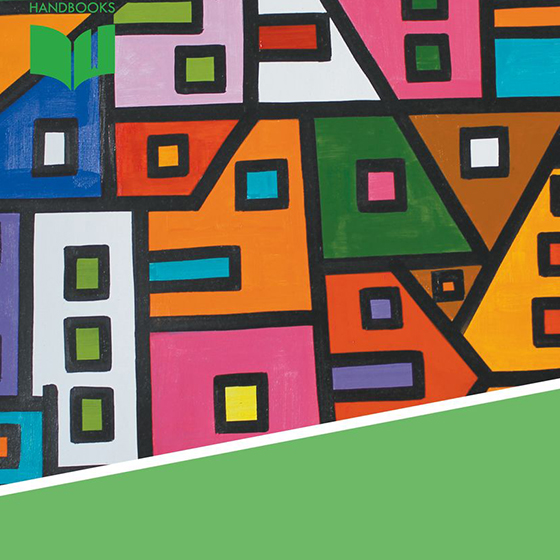