By Tasoulla Hadjiyanni author of The Right to Home: Exploring How Space, Culture, and Identity Intersect with Disparities.

As the Twin Cities of Minnesota became the global epicenter for social and racial justice following the death of George Floyd on May 25, 2020, we were reminded once again that “we are NOT in this together.” The pandemic’s disproportionate impact in death and unemployment on communities of color has already exposed the fallacy that we are. And yet, even though my scholarship has for years centered on better understanding how the built environment intersects with health, income, and educational disparities, I found myself frozen.

Questions crowded my mind, weighing me down: Do I have the right to tell the stories of Black and indigenous people? Did I overstep ethical boundaries by telling stories that are not mine? Under what circumstances can my personal experience of injustice be used as a platform to engage with others who experienced marginalization and inequality? How would my work as an outsider be judged by other scholars and the public—would it even be taken seriously? What if I make a mistake, misspeak, or misrepresent a story, further perpetuating stereotypes? And where would I find the mental tenacity to handle the potential shaming that could follow?

It’s been almost 24 years since my doctoral oral exam and I could still feel the visceral reaction in my body. I was proposing to study the impact of resettlement housing on refugee consciousness among refugees in Cyprus. As a refugee myself, I felt overly prepared and committed to tackle such a complicated topic. What I was not prepared for was one of the questions posed by my committee members: “How does your own experience as a refugee bias the study?” Needless to say, this question translated into the most transformative moment in my career as a social science scholar—it forced me to look inward and learn to separate my own experiences from those of others. Instead of biasing the study, I proclaimed that my personal experience of displacement, ability to speak the language, and embodiment of the same history, religion, traditions, and ethnicity served as springboards for fostering connections and exposing nuances.

This argument in support of an “insider” researcher attained a new set of dimensions when I extended my study into immigrant and minority groups in Minnesota. The preface to The Right to Home – Exploring How Space, Culture, and Identity Intersect with Disparities states:

“Lastly, my etic approach might be seen with skepticism—how can I speak for people with a different background and history than mine? I am not Hmong, Somali, Mexican, Ojibwe, or African American, and one could argue that their stories should be told through an emic lens, from one of their own. Navigating the trauma of displacement as both a refugee and an immigrant presented me with a dilemma that re-defined my purpose. I had to choose between continuing to scratch the wounds of displacement and better understand how people restore temporal, social, cultural, spiritual, and historical continuity or pursue scholarship that is not aggravated by polarized, divisive, and political tensions.” (p. ix).

In my mind, our shared experience of displacement could override differences such as those due to race, ethnicity, history, language, and religion.

The conversations that ensued after the protests helped me see the dent in this premise and recognize that as a White researcher, I would never be able to fully connect to racial experiences of space and the implications of system-wide forms of exclusion in the production of racial disparities. I still had a choice, though: Do I continue to engage with politically charged discourses in spite of the inherent risk to my personal and professional identities? Or do I shift gears and leave the work of racial and social justice to those most greatly impacted?

This questioning left me exhausted—it's the decisions we perceive as involving the most psychological trade-offs or compromises that are really exhausting. The story I grew-up hearing from my father of "A man, a donkey, and a child" came to my rescue and helped me get out of this labyrinth of emotions:

There is no right and wrong way to proceed—moving forward was dependent on me recommitting to the values that guided me all along and reassured me of my original trajectory. The Right to Home’s preface ends with:

“The never-ending wars and continuing flow of refugees, the global threat of terrorism, the horrific deaths of 'illegal' immigrants as they pile in the backs of airless trucks to cross the border, the distressing shootings of Black males, and the hundreds of lives lost to trafficking, illness, and suicide made my choice an easy one. As a scholar and an educator, I could use my voice to mobilize the question “What does it mean to be human?” (p. ix).

Instead of letting fear stop me, I am now more intentional in questioning my biases, reactions, and approaches, connecting with colleagues over creating forums for difficult conversations that can help us build synergies and support networks, and exposing myself to viewpoints and understandings that are radically different than mine. I am excited to see where embracing my vulnerabilities, both as a researcher and a human, will take me and who I will be.

Tasoulla Hadjiyanni, PhD, is Professor of Interior Design at the University of Minnesota. Her book The Making of a Refugee – Children Adopting Refugee Identity in Cyprus (Praeger, 2002) centered her scholarship on design as a medium for creating Culturally Enriched Communities, healthy and connected communities in which everyone can thrive. 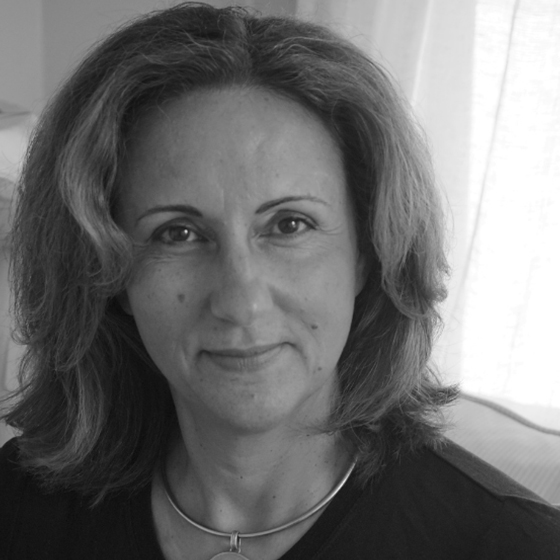