By John Barry, co-editor of The Palgrave Handbook of Male Psychology and Mental Health

How would you know if you had a blind spot for something? You probably wouldn’t, unless someone pointed it out to you, and even then you would have trouble keeping in mind that no matter what you do, you still have that blind spot. The best you can do is to find a way of reminding yourself that you have a blind spot and that there might be something important that you are not seeing.

The first time I caught a glimpse of my blind spot was in a seminar on my undergraduate Psychology degree. Depression is twice as common in women than men, and we spent a long time discussing the various theories behind why this disparity exists. We discussed how the traditional female role might lead to learned helplessness and despair, like Seligman’s dogs who notoriously were restrained so they could not escape an electrified floor. This seemed like a plausible explanation for depression and why women think about suicide more than men do. But then came the question of why men kill themselves 3 or 4 times more often than women do. The answer was that men are better at DIY and more aggressive, so are better at constructing lethal ways of killing themselves.

I didn’t think about it much at the time, but I felt that I had glimpsed something odd in that seminar. As an undergraduate I felt that I was there to absorb knowledge not ask silly questions, but there was something puzzling about the fact that we invoked scientific theories to understand women’s depression, but when it came to understanding male suicide the need for theory seemed to disappear.

In the years following that seminar, other strange experiences like this accumulated. I couldn’t put my finger on it, but I realised more and more that there was something I - and others - were not quite seeing. Eventually I realised what it was: although we take human suffering seriously, and issues impacting women are rightly taken very seriously, when it comes to men’s mental health we hardly seem to notice this as a specific category at all.

More than a decade after I graduated I met consultant clinical psychologist Martin Seager. He had coined the phrase ‘male gender blindness’ to explain the phenomenon that we – and lots of other therapists – had begun to notice. Like me, it had taken Martin many years before he started to realise that there was something odd about the way we view gender issues in Psychology and the social sciences.

Male gender blindness is a genuine problem, because as long as we aren’t seeing men’s mental health issues, we aren’t able to properly treat them. Placing men’s mental health issues under the umbrella of generic ‘mental health’ is not enough. For example, when distressed, men are less likely than women to want to talk about their feelings (note: we are talking about group averages, not about every man and every woman). Men definitely benefit from talking about their feelings, but typically they would just rather not. Whatever it is stressing them out, they would prefer to make stop rather than talk about how it makes them feel. And as a way of ‘coping’, men are more likely to abuse drink or drugs, and consequently more likely to underperform at work, get into fights, have worse relationships, and so on.

We usually think of depression as being that thing where someone looks sad, cries, and if you prompt them will tell you all about what’s upsetting them. We don’t think of depression as also being that thing where people become withdrawn, moody, angry, drink more, act like an arsehole and piss everybody off. We feel sympathy for the people who are melancholy and upset, and we offer them support (e.g. counselling). For the others, we don’t see the depression and feel justified in rejecting them or even punishing them rather than helping them.

So what can we do to help? Well, the first thing is start to honestly ask ourselves whether we have a blind spot when it comes to men’s mental health. For example, consider this: talking therapies don’t appeal so much to men as women, which is part of the reason men don’t seek help as much as women do. If you think that statement is unimportant, there’s your blind spot.

The second thing is to decide whether you want to do something to help with men’s mental health issues.

Perhaps the main challenge for anyone interested in men’s mental health is helping colleagues – who may be pivotal in decisions about funding or ethical approval of your work - to discover their blind spot. This will require open discussion with colleagues who may not, even a little bit, have any idea what you are talking about. The prevailing narrative is that men have all the power, especially white heterosexual men, so they don’t really need – or even deserve - our help.

Let’s remember that social science is about science, and science proceeds by healthy discussion and testing of hypotheses. This means being open to discussing theories like, for example, why men kill themselves more than women do. We might even need to be open to discussing the language we use about men. For example, if phrases like ‘toxic femininity’, ‘toxic blackness’ and ‘toxic Jewishness’ make your toes curl, then why be comfortable with ‘toxic masculinity’?

I look forward to the social sciences having a new and clearer vision of male psychology, a discipline associated with open discussion, fruitful collaborations across disciplines, and invigoration of the spirit of science in academia. I see these changes as leading to improvements in how we deal with the mental health and wellbeing of men and boys, resulting in a world enhanced by the presence of men and boys who are happier, healthier and more integrated members of the community. 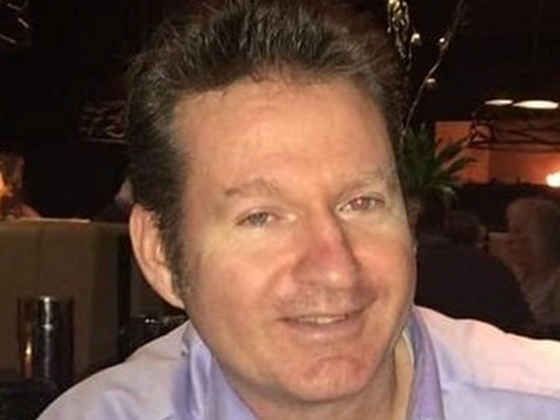