Kamusella and Ndhlovu on Linguistic Imperialism

In this article Tomasz Kamusella and Finex Ndhlovu, Editors of The Social and Political History of Southern Africa's Languages, explore the role of indigenous languages in social and political contexts.

From the global perspective, (almost) no indigenous languages are employed in official capacity at the state level in the nation-states extant in the Americas, Australia, Oceania and Africa. Either colonial languages became the new native languages where immigration and European diseases wiped out the local populations (as in North America or Australia), or such languages, in postcolonial nation-states, became the marker of social difference between indigenous haves who speak them and indigenous have-nots who do not, which is the case of Africa, especially south of the Sahara.

On the contrary, a large variety of local indigenous languages are employed as official (national) languages almost in all nation-states across Eurasia. A clear test of these starkly different approaches to the indigenous language(s) in a given polity is that of the medium of university of education. Outside Eurasia, it is invariably the former colonial languages of English, French, Spanish or Portuguese that serve this purpose. Whereas, in Eurasia’s nation-states (especially in Europe), the local indigenous language serves as the sole medium of education from elementary school through university and beyond, in state administration, courts of law or the mass media. Namely, in Albania universities teach in Albanian, in Bulgaria in Bulgarian, in China in Chinese, in the Czech Republic in Czech, in Estonia in Estonian, in Germany in German, in Greece in Greek, in Indonesia in Indonesian, in Iran in Persian (Farsi), in Poland in Polish, in Russia in Russian, in Thailand in Thai, in Turkmenistan in Turkmen, or in Vietnam in Vietnamese.

The most striking measure of this unbalanced politics of language on the global scale is the existence and the size of Wikipedias in non-Eurasian languages as compared to the Wikipedias in Eurasian languages. Over 95 percent of all Wikipedia articles are contained in the Wikipedias written in Eurasian languages (the majority of them from the Indo-European group of languages). On the other hand, all the 21 Wikipedias in ‘Bantoid’ languages contain a mere 51,500 articles, including as many as 33,500 in the single Swahili Wikipedia. The Wikipedia entries in South Africa’s official indigenous languages are precarious: Northern Sotho (3,500), Zulu (800), Tswana (600), Xhosa (500), Swati (400), Tsonga (400), Sesotho (300) and Venda (200). Tellingly, there is no Wikipedia in South Africa’s official indigenous language of Ndebele. On the other hand, the indigenized (formerly European migrant) language of Afrikaans enjoys 40,000 articles in its own Wikipedia, while the English Wikipedia, with 5.2 million articles under its belt, dwarves all the world’s other Wikipedias.

This is a typical situation outside Eurasia: a kind of ‘semi-globalization.’ Originally, globalization was thought to secure a decent place under the sun for everyone. But soon it turned out that this buzz term just conceals the long-standing cleavage between the world’s former imperial core of Eurasia and the settler nation-states in North America and Australasia on the one hand and the postcolonial ‘rest’ on the other. In reality, the former are the 21st century’s dominating ‘globalizers,’ while the latter are cast in the role of the subaltern ‘globalized.’ In the second half of the 20th century, in the wake of decolonization, this continuing inequality between the former imperial metropoles and their erstwhile colonies, be it in politics, economy and culture, was reflected by the term ‘cultural or economic imperialism.’ Globalization is just a 2.0 version of this cultural imperialism.

Tellingly, should we again turn to Wikipedias as a handy metrics, in central Europe’s nation-state of Slovenia the 2 million inhabitants enjoy their Slovenian-language Wikipedia with 151,000 articles. The Wikipedia in Poland’s unrecognized Slavic language of Silesian contains as many as 4,900 articles, while the Wikipedia in the defunct liturgical language of Old Church Slavonic with 600 articles is bigger than half of the Wikipedias in most of South Africa’s official indigenous languages (Slavic 2016). The difference in the intensity of indigenous language use between Eurasia and sub-Saharan Africa is even more striking when the number of speakers of a language is taken into consideration. For instance, there are 75 Wikipedia articles per 1,000 Slovenian speakers. In contrast, following the same type of ratio, a million of Xhosa speakers enjoy a mere 62 Wikipedia articles in their language. One hundred million Europeans can enjoy 41,994 articles in the Wikipedias available in languages native to the continent. This is almost 13 times more than the 3,334 Wikipedia articles accessible to 100 million Asians. 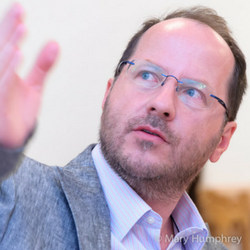 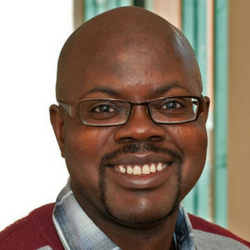