Lucile Desblache on Translation as Liberation from Derivation and Quantification

In this article Lucile Desblache, author of Music and Translation, examines how the definition of ‘translation’ has developed since the start of the 21st century, and explores the potential benefits of this wider meaning.

Since the dawn of the 21st century, the translation landscape has been perceived more broadly. Areas such as media accessibility, localisation and transcreation have been integrated into the language service industry and reconceptualised as part of translation. Moreover, there has been an increase in the use of the word translation beyond its discrete understanding of transfer from one language into another, be it verbal or not. In day-to-day language, climate change frequently translates into damages, lack of confidence into poor performance, political realities into laws and music into colour, for instance. While Translation Studies scholars celebrate more visibility given to translation, they are wary of a loose usage of the notion. They are apprehensive that too metaphorical an understanding of translation may dissolve the concept into a fuzzy abstraction, and undermine the complex array of competences and processes needed for interlingual or intralingual transfers necessary to successful translingual and transcultural exchanges. They are also anxious about the effect of such a broad understanding on Translation Studies.

These are genuine concerns. If translation is to be understood very widely, could it be argued that every process involving transformation is translation, hence rendering the concept meaningless? Could it threaten the still emergent identity of the discipline of Translation Studies? Yet I believe that a broad understanding of translation is not only compatible with its more established views, but that it is beneficial to the development of cross-communication today. More specifically, I think that viewing translation as a creative process of transformation in relation to the arts is essential to value imagination and diversity. Music, in particular, an art of variation which is always born from a known sound reference, be it a melody, a rhythm or another theme, but expands away from it, can be defined as translation in the making for this very reason. I will link my view of translation to two notions that strongly impact on translation, but also on our society in general: derivation and quantification.

Derivation first of all. Translations have always been associated with imitation, since they relate to a previous piece of work, and translators, be it in the West or the East, viewed as mere transmitters or popularisers of knowledge. Maria Tymoczko (2010/2014: 123), for example, discusses how it was perceived as a lacking in originality in Antiquity, and Leo Tak-hung Chan (2004: 3) underlines a Chinese tradition that “has for centuries been regarded as a marginal if not trivial activity”. Sustained efforts of scholars such as Susan Bassnett have led to promoting the translation act as creative. Nevertheless, in the 21st century, the development of translating technologies available to all, and the acceleration of knowledge production and exchange, both as regards speed and quantity, have not only led to reductive perceptions of translators, outside of the translation profession at least, but also to a marginalisation of the human in the translation process. Thinking of translation beyond the task of a transfer between two texts liberates it from its imitative function. Someone or something translating something else not only gives agency and power to the notion of translation, but also acknowledges that (cross-)communication today needs to be conceived broadly and not always primarily through verbal means. The notion of music translating emotions, for instance, allows the exploration of different understandings of what alphabets and languages, of who creates them, performs them, listens to them and interacts with them.

Next, quantification. In the 21st century, societal values have become digital. What counts can be reduced to data. Everyone and everything is affected by this phenomenon, particularly acute in the translation profession. Translators are paid by the word or the minute, interact with devices that allow the access, manipulation, storage and transfer of data, and function in systems of calculable realities. This ever more result-oriented process allows them to be more efficient, to increase their skillset, to develop their mind through complex interactions with both machines and humans, and to deliver what is expected of them in the professional world. Overall, recent scholarship sees this phenomenon as largely positive, as part of drive towards a new form of agency where humans and machines are co-constituents, as Donna Haraway (2008) might write. Yet one essential aspect of translation seems at odds with this development, which I think it important to question. Translation, by essence, is an encounter with an other, or other beings, things, situations, ways of understanding the world. I wonder whether or to what degree being absorbed by a system of quantification, as translators today have to be, can impede this encounter. Most argue that tools and protocols are just that, that they can foster collaborations, and need not impact on ways of thinking or producing content. I believe that daily hours of immersion in quantified realities can impact on our capacity for compassion and imagination and that a broad view of translation priorities can lead to prioritising these qualities. Translation has the capacity to dissolve borders, to question established orders and to ensure diversity. The role of translators is to contribute to global knowledge transfer and to communicate information across languages and cultures, but their role is also that of sensitive messengers who can listen to others and acknowledge their presence.

Lucile Desblache is Professor of Translation and Transcultural Studies at the University of Roehampton, UK 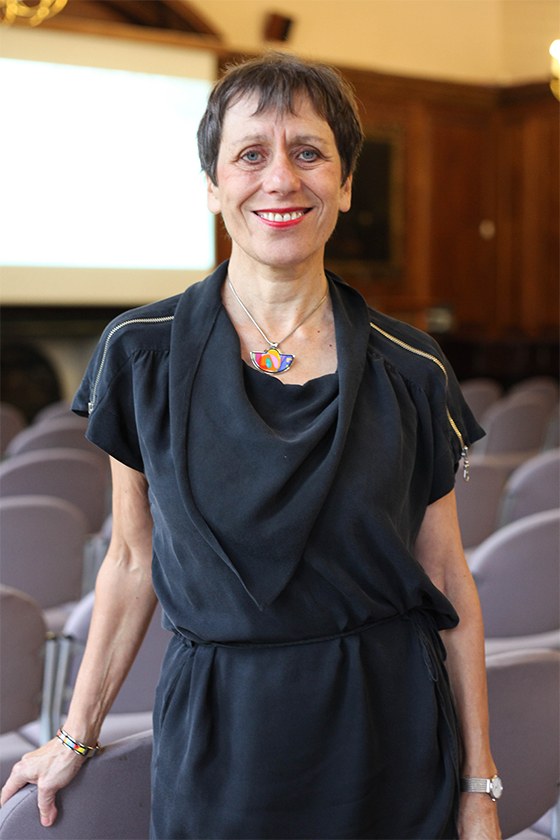