By the Editor in Chief of URBAN Design International, author of Learning from Informal Settlements in Iran and Co-Editor of The Palgrave Handbook of Bottom-Up Urbanism

With China hosting the upcoming World Environment Day in 2019, talking about air pollution, sustainability and urban design holistically, sounds opportune.  There is still a lot to grasp when it comes to thinking about familiar buzzwords involving the built environment and the future of humanity.  Planning, landscape architecture, urban design, architecture, and geography, among the allied disciplines that deal with the city, have been discussing these concepts for decades.  We remember, for example, two classic books: Anne Whiston Spirn’s The Granite Garden (1984) or Ian McHarg’s Design with Nature (1969) that underline the importance of Green Cities and ecological systems as the quintessential elements of a sustainable future—long before terms like climate change caught on. However with the launch of the United Nations Sustainable Development Goals in 2018 (specifically Goal 11 Sustainable Cities and Communities), this grand societal challenge has now become a key driver of research across all social science disciplines: incorporating the much needed interdisciplinary approach to put research into action and implement long term change in how we develop sustainably to benefit all social strata globally.

These discourses around sustainability in urban design have been continuously evolving however this evolution has not necessarily made it easier for designers, policymakers, or laypeople for that matter, to make the right decisions for the existing challenges facing 21st century cities.  We now have newer concepts that not only compete with sustainability, but have created their own turfs with their own followers, advocates, and fans.  We now use newer terms like eco-cities, smart cities, green cities, New Urbanism, ubiquitous-eco-city, green-urbanism and green infrastructure, new regionalism, to name a few, to try and talk about what we mean by sustainable cities.  Instead of getting caught up in a discourse trying to tease out which discipline champions or leads which concept, the bigger question facing us is whether and how we can engage the truly interdisciplinary or multi-disciplinary nature of these terms, and how they help build a better future for mankind, and other living species.

For example, growing debates on smart transportation and smart cities highlight how more efficient mobility could reduce pollutants and take us closer to achieving sustainable cities.  Debates on the pros and cons of compact cities and whether they are more sustainable than less compact cities are still moot and far from over.  The role or significance of smart cities goes beyond using sophisticated technology per se.  Equipping the city with cutting-edge technology has different connotations, from synchronizing traffic lights and making streets smarter to supporting social media as a widespread alternative to people, who not only depend on intercity transportation via the gig economy for their daily or casual accessibility, but also use them during emergency situations.  Aside from these ongoing debates, urban design and urban form can certainly and aptly fit into these conversations.  The extent to which roads and the street networks need change or retrofit to become smart or smarter (especially in older cities), pertains to planning and urban design.

Discussing sustainability, urban form and smart cities ought not to necessarily distract us from the other formidable challenges ahead of us: “92% of people worldwide do not breathe clean air,” or that “air pollution costs the global economy $5 trillion every year” (http://worldenvironmentday.global/).  In other words, even technologically smart cities, can still contribute to toxicity when it comes to thinking about air pollution.  So, while pollution and the city reflect an age-old concern, its urban form implications remain less explored.  Are compact cities also cleaner (air wise) than sprawled cities?  How do eco-cities address pollution?  On the other hand, in an age when we have not only smart cities, but also smart buildings and smart architecture, maybe talking about smart urban forms is also timely.  And, what about informal settlements and smart cities, (or urban design for that matter)?  Furthermore, we experience times when informal settlements are growing by leaps and bounds.  Where does informality fit in when we talk about LEED certification (Leadership in Energy and Environmental Design), reducing the carrying capacity and lowering carbon-emissions?  Many informal settlements use much less energy compared to their formally-designed and planned counterparts or based on per capita.  But like other social science counterparts, urban designers need to catch up and effectively react to the roles they can play in engaging informal settlements as a lingering phenomenon in the contemporary urbanism  - both in the developing and the developed world.

However these roles need to be carried out in harmony with those academics, practitioners, designers and policymakers working in areas across the spectrum of the social sciences and beyond to make a sustainable future for the urban setting. These and many more questions merit new fresh discussions among urban designers, planners and social scientists in upcoming global events such as World Environment Day 2019 in China.

Mahyar Arefi is a Professor of Planning at the University of Texas at Arlington and received his PhD in planning from the University of Southern California in 1999.  Specializing in the areas of urban design theory and practice, he has published extensively on urban design pedagogy and practice, placemaking and bottom-up urbanism. His recent books include: Learning from Informal Settlements in Iran: Models, Policies, Processes & Outcomes and a co-edited volume entitled: “The Palgrave Handbook of Bottom-up Urbanism.”  In addition to serving on the editorial boards of many journals and serving as co-editor of Urban Design International, he has been recipient of several awards including the US Department of Housing and Urban Development doctoral dissertation in 1998-99, Goody Clancy's 2005 Faculty Fellowship, and Fulbright Scholarship in 2006. 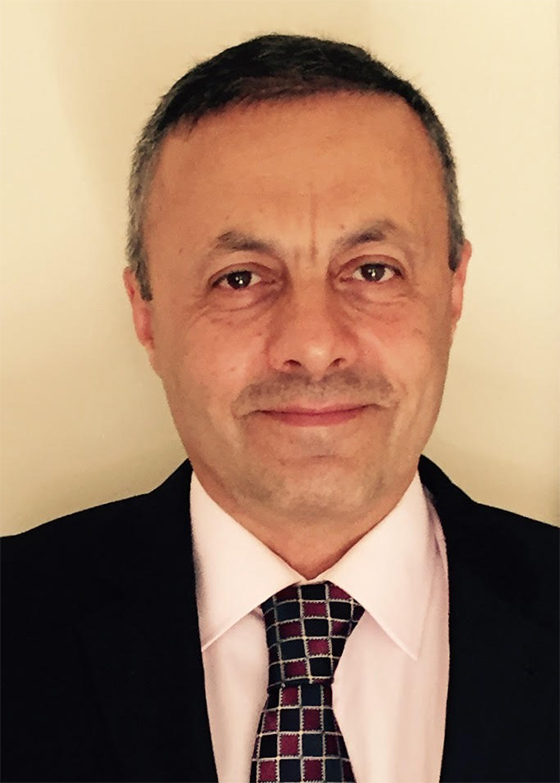 URBAN DESIGN International functions as both a vehicle for research and advice, and a truly international discussion network for scholars, academics, and working professionals engaged in the multi-disciplinary field of urban design and management. The journal includes a variety of content, from in-depth papers and reviews of projects, to book reviews, comments on previous contributions, insight from working designers; and a running calendar of international events.