The Relationship Between Social and Biological Sciences

By Maurizio Meloni, co-editor of The Palgrave Handbook of Biology and Society

Over the last two decades, the relationship between the social and the biological sciences has changed significantly, moving quickly beyond the estrangement that characterized many of the debates on genes vs. nurture at the end of the last century. In areas such as genomics, we have witnessed something similar to what has occurred with the introduction of the term ‘Anthropocene’. We now know that gene expression and regulation, and brain plasticity, are affected to an unforeseen extent by human activity; in much the same way as humans impact their geophysical environment.

Disciplines like epigenetics, microbiomics or social neuroscience clearly illustrate that culture and society are not just ‘after’ and ‘beyond’ the body, but very often also in our gut, brain, gene functioning, and perhaps even biological, heredity. In environmental epigenetics for instance there is increasing evidence that toxins, food, and socio-economic status have direct effects on the genome, and that early life conditions may have lasting consequences on present and future health trajectories. This goes beyond 20th century understandings of our physiological sensitivity to stressors, to include an unprecedented degree of neurological malleability and bodily permeability. What we are witnessing is a shift from notions of biological fixedness to ideas of plasticity and ‘impressionability’ of biological material – notions that seemed forgotten during most of the twentieth century at the peak of genetic explanations (Meloni 2016, 2019).

In this context it remains difficult to clearly define what ‘social’ is, and what instead is ‘biological’. If a father’s prepubescent smoking, or mother’s social stress at the beginning of pregnancy may alter their offspring’s metabolic capacity via subtle genomic mechanisms, aren’t biologists forced to confront more directly such social effects and structures? And shouldn’t social scientists take the biological embedding of social life one step further, finding traces of it even within genomic functioning?

What is ‘natural’ and what is ‘social history’ here anymore, and where are the boundaries of social and biological causation? And how do the effects of a future parent’s diet on offspring’s wellbeing change notions of responsibility and risk, normality and pathology? If the genome can be damaged by smoking or optimized through exercise, will we not monitor individual lifestyles more carefully than ever (White and Wastell 2016)?

The recently published Palgrave Handbook of Biology and Society (2018) fills an urgent analytical lacuna by addressing the new possibilities but also social quandaries and dilemmas that follow from the mutated social/biological sciences landscape. More than forty global collaborators have joined forces to think the complexity of the biology and society debate always in the plural, both as different biologies (fixedness and plasticity, genetics and epigenetics) and societies (the Global North and South’s different perception and incorporation of these emerging findings).

Bringing together leading researchers in epidemiology and social theory, anthropology and environmental epigenetics, the Handbook points to the importance of thinking this emerging complexity in fundamentally different ways than the heated controversies of past debates around sociobiology or evolutionary psychology. Postgenomics is a good term to describe this landscape as it points to the fact that the gene is no longer in the driving seat of biological processes, but has to be understood as embedded into a context-dependent regulative framework (Griffiths and Stotz, 2013) in ways that surpass classical gene x environment interactions. The genome is hence described today as reactive or responsive, plastic to social effects and cues (Keller, 2011).

In reading carefully the thirty-eight chapters of the Handbook, what emerges is the making of a new biosocial understanding of human processes, a ‘biology of social causes’ and a ‘sociology of biological effects’ that is perhaps more in tune with an increasing recognition of a deeper circulation between nature and humanity in the Anthropocene. The reassuring fiction of a bounded body, which translated into reassuring disciplinary boundaries between nature and culture-oriented disciplines, may be a luxury we cannot anymore afford given the ubiquitous toxicity of our current planetary crisis.

Maurizio Meloni is a social theorist and a STS scholar and currently an ARC Future Fellow and Associate Professor at the Alfred Deakin Institute for Citizenship and Globalisation (ADI) at Deakin University (Australia). He is the author of Political Biology (2016), Impressionable Biologies (2019), and co-editor of Biosocial Matters (2016) and the Palgrave Handbook of Biology and Society (2018).

Meloni, M. (2019). Impressionable Biologies: From the Archaeology of Plasticity to the Sociology of Epigenetics. New York: Routledge 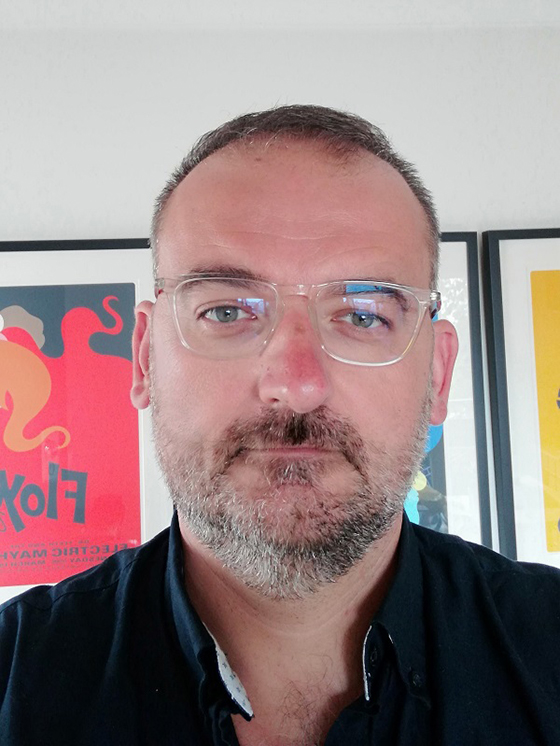