Why Narrative is Vital to the Representation of Intersex Variations

By Megan Walker, editor of Interdisciplinary and Global Perspectives on Intersex

As an academic and intersex ally with a background in the Arts and Humanities, I am often met with scepticism about what I can contribute to Intersex Studies, which is traditionally based in the Social Sciences. Many representations of intersex variations in popular culture are frequently criticised for being insensitive, sensationalised, factually incorrect, and, in the worst incidences, offensive and harmful. While this is undoubtedly true, I am also aware that literature and popular culture have long been the medium through which we reflect on social and cultural phenomena. However, popular culture alone is not the only mode in which we make sense of what is happening around us.

In fact, language is central to everything that we do. While this might seem like an obvious statement, it is something that is often taken for granted or even overlooked entirely. Language is the most prominent mode available to us to understand the world around us: our interactions, our beliefs, our culture, our identity, and even our thoughts are largely structured through language, from the words that we put down on paper and speak out loud to the words with which we internally organise our thoughts.

One area in which the importance of language is so evident is that of the representation of people with intersex variations, also known as variations of sex characteristics (VSC) or differences of sex development (DSD). Intersex is defined by the United Nations as referring to people ‘born with sex characteristics that don’t fit typical definitions of male and female’1. People with intersex variations continue to be underrepresented and the representations that are available are often considered to be problematic. One example of some of the difficulties that we face when representing those with intersex variations is evident in the very terms we choose to denote them. Throughout history and to the present day, various terms are/have been used to reference intersex variations, including disorders of sex development (which is the term from which the DSD initialism originates), hermaphroditism, pseudo-hermaphroditism, and sex errors. This list is by no means exhaustive, and the range of terminology used evidences the role that language plays here. Terminology continues to be a debated issue in this area, and rightfully so. The language choices that we make to represent people are always – whether or not we intend them to be – politically loaded. To give a very brief example, many reject the use of disorders of sex development as it is argued that ‘disorders’ is a medicalised term that has connotations of a treatable medical condition and can conjure feelings of being ‘abnormal’2. References to hermaphroditism are rejected due to the mythical origin, which could suggest that people with intersex variations as rare or even sensationalised beings3 and is now frequently considered to be a derogatory term4. Equally, the term intersex is rejected by some as it is often associated with the LGBTQ+ community with which many people with variations of sex characteristics do not feel any affinity. It also, etymologically, denotes being between sexes, which is not something with which everyone with a VSC identifies5. Equally, some prefer to avoid umbrella terms such as intersex or DSD entirely and instead use diagnostic-specific terms, such as Klinefelter’s Syndrome (KS) or Congenital Adrenal Hyperplasia (CAH), which are specific variations of sex characteristics.

To consider the origins, etymology, cultural connotations, and reception of these terms is to perform a narrative reading. All terminological choices form a narrative construction of the person we are representing. We must all engage with these narrative readings and make a decision about the language choices that we make, knowing that we are feeding into, and even shaping, the narrative construction of people whose lives we are representing. I am personally painstakingly aware that this choice is always imperfect because we do not yet have language available that represents those with intersex variations and therefore any choice has the potential to be exclusionary. Nonetheless, a choice must be made. Thus, before even communicating basic ideas, we select, consciously or unconsciously, the language we use, knowing that our choices will form part of the representation of the underrepresented topic we are discussing. Due to the ideological discourse evoked in whichever terminology is selected, issues of forum-based representation come to light. This issue raises numerous questions. For instance, is it appropriate to represent those who prefer DSD terminology in an LGBTQ+ forum? Are LGBTQ+ spaces a suitable forum for everybody with an intersex variation, with the vast array of individuals with different identities that these umbrella terms represent? These are questions that, through necessity, will continue to be explored as the terminological and forum choices reflect the greater narrative we construct about intersex variations and how people with intersex variations are represented.

We often hear the terms scientific, medical, or legal discourse and these modes of sharing knowledge are often positioned outside the realm of narrative construction. However, all discourse is influenced by language and the social, cultural, and political messages that are tied up with the language that we use to represent others. It is not only those of us within the Arts and Humanities and Social Sciences that can benefit from the study of narrative when forming and sharing our own ideas. We all have a duty to recognise the fluidity of language and the importance of the narrative constructions we form through our language choices, especially when representing marginalised groups of people. We might not make the best choice all the time, we might need to re-evaluate the previous choices we have made, and sometimes there are only imperfect choices, but we owe it to the groups of people that we are representing to be mindful and recognise the power of the narratives we construct.

Megan Walker is an Associate Lecturer in the School of English and Journalism, University of Lincoln. Her research explores intersex narratives in a range of texts including medical texts, patient case histories, fiction, life-writing and the media with the aim of establishing how intersex representations and cultural (in)visibility has changed in the twentieth and twenty-first centuries. Megan has a keen interest in public engagement, interdisciplinary research and collaboration to further develop intersex knowledge, visibility and acceptance in academia and beyond. She is also the editor of Interdisciplinary and Global Perspectives on Intersex (Palgrave, 2022). 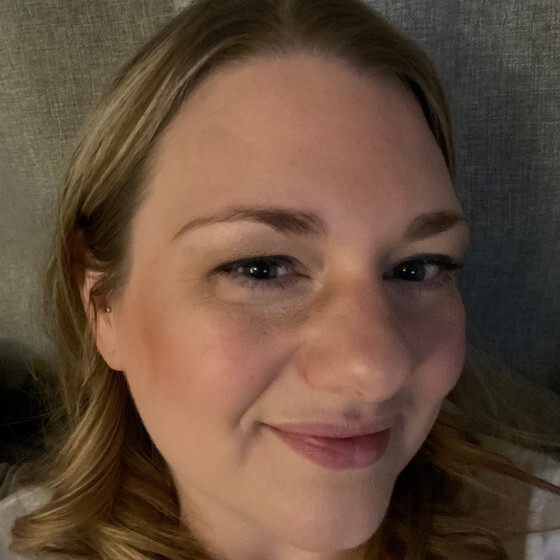