By Prem Misir, author of HIV/AIDS and Adolescents and editor of The Subaltern Indian Woman

COVID-19 continues to wreak havoc in the U.S. for many Americans, but especially bringing disproportionate untold damage to people of color. Substantial percentages of African Americans and Hispanics/Latinos under age 18 as confirmed cases are beginning to show up in COVID-19 statistics. And the disparate proportions of confirmed cases and deaths among people of color persist. The racial/ethnic health disparities stemmed from social conditions, not from racial features, deeply grounded in systemic racism. Some explain this unequal COVID impact on people of color because they are on the frontlines fully exposed to this deadly contagion: the working poor, daily on the frontlines, are significantly people of color—from deliverers of food, parcels, and mail, as transit workers, as nurses, EMTs, janitors, and beyond. Nonetheless, this explanation is insufficient, unless it is predicated on the elimination of systemic racism; otherwise, the remedy advocated remains a purely a makeshift approach.

Those who say that COVID-19 has uncovered such racial health disparities are wrong. COVID-19 has merely laid bare and reenergized societal divisions, generally associated with deep-seated prejudices and discriminatory reactions to fear of any deadly disease, victimizing racially-disadvantaged groups. For instance in the U.S., time and again, policy manifestations of such responses produce and reproduce racial health disparities and medical apartheid. And long before the unwelcome visit of COVID-19, a persisting culture of racial/ethnic inequalities remained a prominent characteristic of American society: disease and death rates remain higher for historically marginalized racial groups as African Americans, Native Americans, Native Hawaiians and Other Pacific Islanders, who, invariably, present an earlier onset of illness, a stronger disease progression, and poorer survival rate. Consider also these U.S. maternal mortality rates among ethnic minorities: 11 (Hispanics), 14 (Non-Hispanic Whites), 40 (Non-Hispanic Black), 25 (Native American), and 10 (Asian).

At the commencement of this contagion, the CDC and the majority of States did not compile COVID-19 statistics by race/ethnicity. However, The American Medical Association (AMA) advised that 28 States are now compiling race/ethnicity data on COVID-19; and recently, in order to safeguard the minoritized and marginalized patients, the AMA partnered with Congress to draft a bill on COVID-19 race and ethnicity data collection. Compilation of data also by socioeconomic status (SES) and gender is critical to facilitate comprehensive response and planning to address racial/ethnic health disparities.

Social Conditions, Disease and the Myth of the “Great Equalizer”

American sociologist W.E.B. Du Bois was among the first to document that health disparities of African Americans compared to Whites in the U.S. emanated from social conditions and not racial traits and tendencies; and should there be better sanitary conditions, better education, and improved economic opportunities, their mortality may decline and become normal. Du Bois also noted that ‘Whiteness’ had become a new religion in society, molded by the color line and racial hierarchies created by the dominant Whites.

And so, with COVID-19’s disturbingly high impact on African Americans and other people of color, it is hard to visualize policy responses that do not take in considerations of racial health disparities, even given the virus’s capacity to infect all and sundry. In the U.S., policy and legal responses for COVID-19, just as for SARS, H1N1, and other infectious diseases, are constituents of institutional racism, a form of racism that delivers advantages to the favored and oppresses and disadvantages the less favored, impacting health. Again, racial residential segregation remains a potent instrument of institutional racism and is recognized as a major cause of racial health disparities vis-à-vis its multiple conduits to generate prevalent harmful health outcomes. Then there is of course cultural racism, referring to an ideology of inferiority, which can influence health policies, ultimately resulting in reduced or limited access to healthcare.

Prem Misir, Ph.D., MPH, FRSPH, is Immediate Past Pro Vice-Chancellor and Head of the School of Public Health, The University of the South Pacific, Solomon Islands. Misir is the author of HIV/AIDS and Adolescents: South Pacific and Caribbean (2019) and The Subaltern Indian Woman: Domination and Social Degradation (2018). 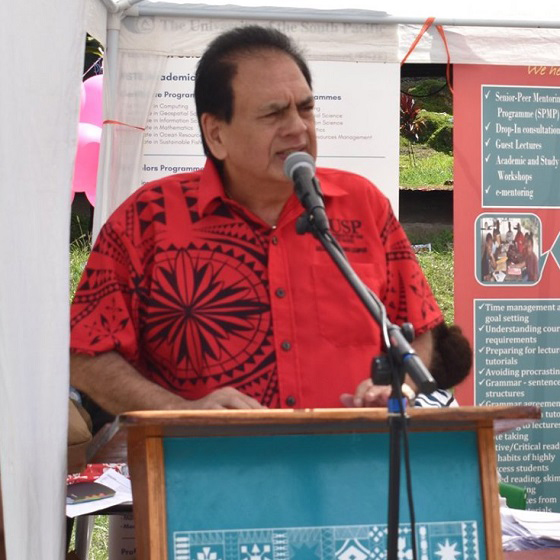