Murphy on Translating Climate Science into a Practical Understanding

In this article, Raymond Murphy, author of The Fossil-Fuelled Climate Crisis: Foresight or Discounting Danger?, discusses the need to translate the findings of climate science into a practical understanding of the accelerating treadmill of fossil-fuelled practices as a necessary condition for mitigating the climate crisis.

There exists a paradox concerning the fossil-fuelled climate crisis.  Scientific knowledge about it abounds in the media, but ignorance concerning it abounds too.  A lack of practical understanding by the population of how fossil-fuelled social practices contribute to the climate crisis predominates.  This unawareness of consequences fosters such harmful practices.  Scientists communicate in gigatonnes of carbon dioxide equivalents, parts per million molecules of greenhouse gases in the atmosphere, 2oC global temperature increase, carbon budgets, global consequences for future generations, etc.  Although correct, the issue would be better conveyed to non-scientists by disaggregating findings into the enormous number of current, local social practices causing dangerous climate change.

A return flight between New York and London results in 1.8 tons of greenhouse gases per passenger in economy class, which is 3,800 pounds or 20 times the weight of an average 190 pound passenger, and each passenger’s cost of offsetting the resulting environmental damage would be US$54.  The estimate for more spacious business class is 3.4 tons, which is 6,800 pounds and the offsetting cost would be US$103.  Tickets are cheap because the cost of environmental damage from combusting jet fuel is excluded from their price and left to be paid belatedly by others in the form of costly extreme weather.  Since 4 billion passengers fly annually, aviation’s contribution to costly fossil-fuelled global warming is enormous.  The short return flight between London and Nice in a small private jet of the superwealthy emits almost 10 tons of greenhouse gases.  If the full costs of combusting jet fuel were included in its price, mitigation benefiting everyone everywhere could be financed.  The same is true for gasoline to power the global fleet of one billion cars emitting 10 trillion pounds of CO2 annually, which can’t be seen, heard, or smelled, so drivers assume their trips have no effect on the climate.  Fossil-fuelled ships and industries also emit huge amounts of carbon.  Cement is the essential constituent of concrete buildings, roads, bridges, dams, pipes, etc.  Its manufacture by combusting fossil fuels emits a weight of carbon dioxide equal to the weight of cement in those heavy structures.  The CO2 remains in the atmosphere a century and accumulates.

CO2 emissions into the atmosphere are like water flowing into bathtubs from faucets. Oceans and land (mainly vegetation) absorb CO2 and act like drains.  The accelerating treadmill of fossil-fuelled practices has increased the flow of CO2 more than the drains can remove, so CO2 in the atmosphere (like the level of water in bathtubs) is rising.  Analogies like these have not been widely disseminated.  They are needed to help people understand that global warming worsens if emissions exceed carbon withdrawals and to counter misleading claims of improvement, such as fewer emissions per unit of GDP, where the increase of GDP worsens the fossil-fuelled climate crisis.

People are more concerned about loved ones than about abstract future generations.  It is important to emphasize how climate change will affect grandchildren born today who will have to live in a degraded habitat when they become older and to pay for intensifying, frequent floods and wild fires and for belated mitigation made difficult by filling the atmospheric carbon dump.  If countries, companies, and people refuse to do their share to reduce emissions now, then grandchildren will be forced to pay the unpaid externalized costs.  Monopolisation of the atmospheric carbon sink by the fossil-fuelled practices of the present generation, disproportionately by the principal combustors and decision-makers, threatens to exclude grandchildren from opportunities and living standards their grandparents enjoy.  It also closes off resources for other species, resulting in record rates of extinctions.  Integrating the social closure and social practices theoretical frameworks is promising for analysing the fossil-fuelled climate crisis, promoting its practical understanding, and assessing solutions.

Our atmospheric commons used as a carbon dump is huge so it takes time to pollute, but it will take much time to restore to its beneficial state, if that proves possible.  An informed citizenry needs a practical understanding of the consequences of fossil-fuelled practices in order to improve them, including voting practices, investing practices, etc.  They need it to avoid relying solely on uncertain just-in-time technological mastery of nature’s dynamics to ride out harms fossil-fuelled practices are causing.  Translating the science of global warming into everyday units and illustrations would make them more meaningful to lay people, whose support is needed to mitigate the climate crisis.  The goal is to promote restraint, consent for a price on carbon pollution, stimulate low-carbon innovations, and voting for political parties that implement mitigation and adaptation.  A practical understanding prompting improved practices would also allow people to avoid feeling guilty later when they, their children and grandchildren, belatedly discover the consequences of their fossil-fuelled practices.

Knowledge is admittedly not sufficient for mitigating the climate crisis, since it confronts powerful fossil-fuel oligopolies, long-standing practices, cultural predispositions, etc.  Nevertheless, a practical understanding by the population and decision-makers is a necessary condition for mitigating it.

Raymond Murphy is Emeritus Professor of Sociology at the University of Ottawa, Canada and Past-president of the Environment and Society Research Committee, International Sociological Association. He has authored multiple books including Social Closure (1988) and Leadership in Disaster (2009). 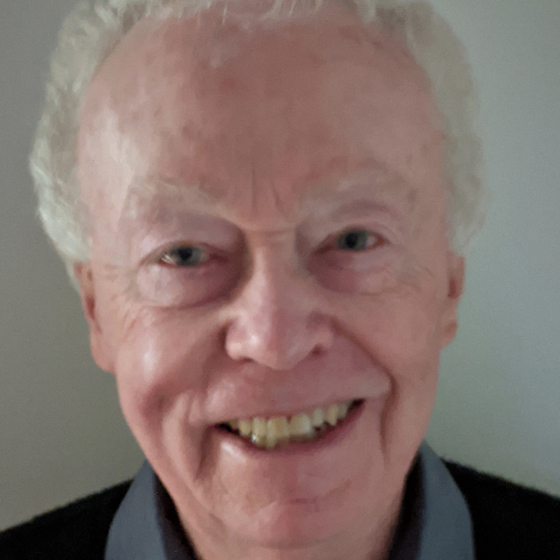