Countering Hate Towards Trans People: A New Priority for Pride

‘We need to protect children’, ‘they’re a risk to women’, ‘they’re taking our spaces’, ‘they're transing our kids’. These are the common prejudices vocally projected onto trans people by media outlets and high-profile figures, in what is a rehash of old prejudices – e.g. ‘the gays are a danger to our children’, ‘the immigrants are stealing our jobs’, ‘the gay agenda will turn others gay’ – wrapped up as benign concern. Stereotyping trans people (McKinnon, 2014), particularly women, is the bedrock of these prejudices; sound boarded from tabloid, to broadsheet, to Twitter. I use words like prejudice and stereotyping as these assertions have very little evidence base and are grounded without academic merit. Trans women are portrayed as:

There is abundance of peer-reviewed evidence disputing many of these prejudices, including systemic reviews of autogynephilia (see Serano, 2020), commentaries on transgender panic (Hines, 2020), critiques of ‘rapid onset gender dysphoria’ (Ashley, 2020), research on the risks of trans people using public toilets (Jones and Slater, 2020), and reflections of trans exclusionary feminism (Pearce, Erikainen, and Vincent, 2020). Despite anti-trans arguments and prejudices carrying little empirical or academic weight, proponents will maintain that they are speaking on behalf of cis women (although they refute that terminology), have widespread support, but experience silencing and cancellation. This is contrary to survey’s conducted by YouGov which show that 57% of women support trans self-identification and 62% of Britons support banning conversion therapy for trans people.

High profile figures who claim their views are being silenced frequently express ‘concern’ (in national newspapers, personal blogs, and to their significant Twitter followers) that trans women present a risk to cis women in public spaces such as bathrooms, with lesbians being at significant risk of being converted – ‘transed’ – as young people or abused. They of course ignore cases where a) anti-trans hostility has increased the harassment of lesbians, specifically butch lesbians, in public spaces, b) reports that show 48% of trans people fear discrimination or harassment in public toilets (Stonewall, 2018), and c) independent, peer-reviewed evidence that continuously find no link between trans inclusion in public spaces as causing or increasing a risk to cis women (see Hasenbush, Flores, and Herman for a review of the evidence).

It is particularly troubling for those of us who are part of the wider LGBTQ+ community to have our voices spoken over and be spoken for with the aim of demonising and fuelling hostility towards our trans and queer siblings. Despite what the media may have us believe, the majority of our community are proud of and love our trans family and are fighting alongside them. Personally, the trans people close to me – my friends, family, and colleagues – have brought so much richness, insight, laughter, and love to my life that it is painful to witness the public onslaught directed towards then. The majority stand in solidarity, as can be seen by Linda Riley, who founded Lesbian Visibility Week and #LWithTheT, condemning J.K. Rowling of ‘stirring hate within our community’ and working to dispel the myth that lesbians en masse feel hostile, fear, and disdain for trans people.

The reality is that trans people and indeed trans people of colour are not a risk, but are amongst the most likely in our community to be at risk. My own research field – hate studies – has learned that trans people experience some of the highest levels of discrimination and hate crime in comparison to their cis LGB counterparts. For example, Stonewall’s Hate Crime Report (2017) showed that two in five (41%) trans people experienced a hate crime in a 12-month period, and their LGBT in Britain – Trans Report (2018) highlighted that 28% of trans have experience domestic violence and abuse, 25% have experienced homelessness, and 51% have hidden their identity at work for fear of discrimination. When celebrating Pride this year, we must be mindful that whilst those in our communities face widespread discrimination and stigmatisation in public life and by the mass media, we cannot just party in a Pride ‘parade’ alongside our trans siblings. We must protest, protect, and march against the toxicity directed towards them, celebrate their lives and love, and demand a society that protects and affirms all queer people. The evidence is on our side, and we must stand in solidarity, love, and respect for the trans community.

Dr James Pickles is Criminologist at the University of Brighton at the School of Humanities and Social Science. After undertaking a Masters of Research in Social Sciences, he completed his PhD at Northumbria University in 2018 through a funded studentship. James has published his work in well-established international journals such as Policing & Society, Journal of LGBT Youth, Qualitative Research, and International Review of Victimology. Alongside publishing empirical data he has also published methodological commentaries on ethical research. 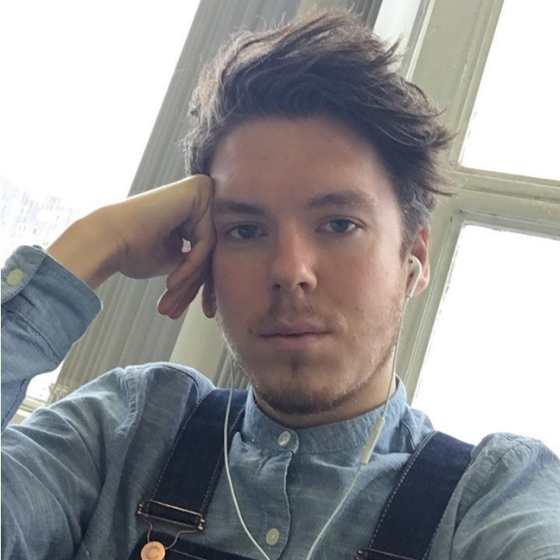