Susanna Priest on the Communication of US Climate Policy

In this article Susanna Priest, author of Communicating Climate Change, explores the symbolism and the potential impact of President Trump’s withdrawal from the 2015 Paris Accord on climate change.

I was one of many Americans who felt scared for the future on November 8, 2016 – the day the results of the 2016 U.S. presidential election became certain. By the time President Trump made the decision to back out of the Paris Accord on climate change, we had become a bit numb. But state and local governments, major corporations, and universities across the country are now banding together to pledge they will stick by the existing emissions goals anyway. These areas, including the state of California as well as New York City, make up a huge portion of the U.S. population.

What can communication scholarship offer that could guide us in understanding these events? President Trump’s withdrawal from the Paris agreement was largely symbolic. The voluntary selection of national emissions goals under the pact was never binding, and it may take years for a formal withdrawal to be implemented. By that time, if not earlier, President Trump himself may be gone.

Meanwhile, media accounts continue to speculate about whether President Trump actually believes in the science surrounding climate and its anthropogenic origins. But one of the big lessons from science communication research is that understanding of science often has only a weak effect on opinions or policy positions. We call the contrary assumption – that a failure to comprehend the science is the central cause of this and other science-related controversies – the “deficit model” of science communication. Empirically, we know that knowledge deficits are not the major driver of public attitudes.

If not from ignorance, what is the basis of President Trump’s position? President Trump is not complex, but symbolism matters in communication and he knows it. In common with his choice of an anti-environment and anti-regulatory Environmental Protection Agency director, this action is designed to appeal to his voter base (which, by the way, is not at all a majority of the U.S. public). His own acceptance of the science is largely moot.

President Trump operates more and more from his gut feelings and not the advice of his advisors, formal or informal. As is true for most people, his opinions spring from ideology and values more than knowledge. In President Trump’s case, that means “American First,” which translates to “Trump First” in actual practice. He is marketing this vision to a group including many of the least privileged Americans, who often embrace President Trump out of economic desperation. He craves approval and affection – he would, and does, say anything at all that he thinks will inspire these – but he is also marketing himself as a candidate for the 2020 election. These days he does not talk about his personal climate beliefs, having perhaps become convinced that it is bad public relations to seem so ignorant. But if so, this has not shifted his perspective on policy away from what he believes his voters are looking for. This is true despite the fact that a clean energy future is one of their best hopes for economic revival. This is about image, not logic.

The message of his reality show, “The Apprentice,” was clear. One wins and all others lose – they get fired. So when his opinions and beliefs seem to shift, it is most likely (as always) a strategic choice based on his own perceived self-interest, not one based on science or other rational thinking whatsoever. Any wavering about which way he was going to go on Paris was likely also strategic; after all, turning ordinary events into captivating drama is the core of reality TV.

President Trump’s desire for making “better deals” through rejection of the Paris Accord and other international agreements does have one ideological element. It seems to spring from rejection of globalism, seen as a threat to “America first” (to President Trump himself, that is) rather than its natural ally. Since he believes there can only be one winner, he intends for it to be him. Never mind that his own business interests are highly global in nature; such contradictions are not what keeps him awake at night.

Of course, in today’s Internet world, Trumpism is fostered by the fact that those holding extreme views may find comfort in confining their information intake to things that confirm those views. President Trump himself is rumored to watch cable television constantly and compulsively, especially Fox News. Communication scholars would say that Fox did not necessarily shape his ideas to begin with; rather, it confirms or “cultivates” them.

It is my belief that he has seriously misjudged us as a country. In the end, longer term, his action on Paris will almost certainly be moot, although it does waste precious time. Yet one result is that more and more of us realize we must all participate in collective thought and action at numerous levels and not expect our central government to solve the problems of climate on its own. In that sense, President Trump has helped wake the activist in all of us. 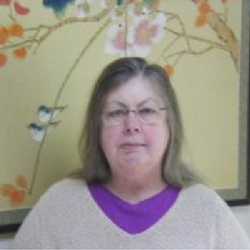 Read more from the Environmental Politics and Theory series