Reiter and Koenig on Challenges and Strategies for Researching Trauma

Keramet Reiter and Alexa Koenig, editors of Extreme Punishment, discuss techniques to mitigate the emotional challenges that come with documenting and analyzing trauma

As human rights scholars, we have interviewed hundreds of people who have experienced trauma, whether in the course of war, displacement, or incarceration, and we have also supervised students participating in this research. One of us has conducted extensive research into torture and sexual violence in military detention facilities as well as trained dozens of students to comb social media platforms for evidence of atrocity crimes—where they are often exposed to large quantities of graphic imagery—while the other has conducted extensive research into the lived experiences and long-term effects of incarceration in solitary confinement. In conducting our research, we have developed a number of skills to manage the emotional challenges of listening to and preserving the stories of especially vulnerable populations, whether in person or online. These skills have proven essential for our wellbeing as well as that of our subjects and our research teams.

In our experience, many people who conduct human rights-related research cope with both the threat of vicarious trauma and the stress of interacting with people who have experienced abuse with behaviors that are potentially physically or socially unhealthy, like drinking and engaging in “gallows humor,” i.e., making crude jokes. While these coping mechanisms are both common and understandable, they can also exacerbate social isolation and increase the risk of burnout (Dubberley et al): many human rights organizations experience high staff turn-over, and many people who work in particularly harsh environments such as prisons experience physical and mental health problems (Conover 2000; Schaufeli and Peeters 2000). Paying more attention to the stress underlying the work, and developing tools to manage that stress, is therefore critical.

We have found that two techniques are especially useful for mitigating the emotional challenges that come with documenting and analyzing trauma. The first is to be explicit about the potential impact—and underlying meaning—of the work, which operates as a kind of touchstone. The second is to develop a community of support among research team members. We discuss both of these strategies below.

Regarding the first, we have found it helpful to discuss with our teams the many ways in which researchers engaged in data collection can make a positive difference long before any reports are produced or policies are changed—simply by being present for the retelling of traumatic situations, listening carefully and respectfully to people’s stories, and bearing witness. Bearing witness is a concept that Elie Wiesel described in writing about the holocaust in Night (1960) and a term that anthropologist and physician Paul Farmer developed in his classic analysis of health and human rights, Pathologies of Power. According to Farmer, “bearing witness” involves both compassion and solidarity, and “is done on behalf of others, for their sake (even if those others are dead and forgotten)” (2003: 27-8; see also Stover 2005). The idea of bearing witness, as Farmer suggests, has a dual value: it both conveys a respectful, deferential, and engaged way of interacting with traumatic stories, and it suggests that there is meaning in the initial acts of listening and regarding. Michael Hyde has similarly emphasized the tremendous power underlying such interactions, calling the process of listening and responding to people’s stories the “lifegiving gift of acknowledgement” (2005).

In our own work, we have each encountered interview subjects who express relief at having been able to tell their stories to respectful listeners. For instance, when discussing witnesses’ experiences testifying at the Extraordinary Chambers in the Courts of Cambodia, one survivor of the Khmer Rouge talked about the importance of showing his brother’s photo and telling his brother’s story in court, a process that would release that brother’s soul (Stover et al., 2011). As part of another study, survivors in four African countries described the value of cataloging their experiences for the International Criminal Court when applying to participate in the court’s process. Several did not feel any need to testify in court; telling their story to an intermediary often fulfilled that need (Cody et al. 2015). In another example, this time from the United States, following a series of interviews of staff working in long-term solitary confinement units, prison managers said that multiple staff expressed appreciation for the research project, noting that they felt as if a weight had been lifted off their shoulders after talking about their experiences. And prisoners in long-term solitary confinement have expressed gratitude for the human contact inherent in an interview of one or two hours, in a space where visitors and friendly faces might otherwise appear only every few years. The value of bearing witness is underscored by a socio-legal literature documenting the value of procedural justice: that people tend to appreciate the process of telling their story to a respectful listener, such as a judge or lawyer, even if they do not win the legal outcome they had hoped for (e.g., Tyler 1990). Having a chance to talk—and to be heard—can sometimes be enough.

Second, we have found that community building, both through developing awareness-raising techniques at the start of research and through the ongoing creation of healthy outlets of expression, is critical to addressing the challenges of studying traumatic experiences. The simple process of discussing strategies for managing trauma can provide an opportunity to build community and thus resilience, underscoring the value of employing the strategies themselves. Some strategies can be simple, such as muting the sound or playing pop music when watching war videos, taking breaks between intense interviews, leaving confining spaces like prisons during the day, if possible, and never watching disturbing videos at home alone or late at night. Other techniques are more complex: engaging in de-compression activities such as exercise and watching television, or cultivating awareness of yourself and the kinds of things that you find the most disturbing. For instance, for Keramet, simply being within the enclosed space of prison can feel claustrophobic; to counteract this, she often makes a point of spending time outside before and after a prison visit.

Finally, establishing a supportive environment can help researchers become more aware of when they need a break, and ensure they take one. Such breaks—and creating social spaces in which taking breaks are valued—are critical. When conducting interviews or reviewing transcripts or clips of traumatic experiences, researchers often feel like they have to push through and complete the work, especially given the gravity and thus the perceived importance of the work. In our experience mentoring teams of students, focusing on “getting through” can produce anxiety, nightmares, trouble relating with friends and family, and, ultimately, burnout. Instead, creating spaces for teams to process their experiences communally can be critical. Sometimes this happens naturally during the analysis process, but more immediate de-compression can be equally important. Investing in and providing dinners for one’s team, or taking time to sit down over a glass of wine, can create critical spaces for pausing, reflecting, and expressing mutual support.

Social scientists tend to overlook the importance of establishing a plan to address the mental challenges of researching traumatic subjects and interviewing traumatized populations. Thankfully, a nascent yet fast-growing recognition of the importance of employing diverse strategies to protect the mental wellbeing of all members of a research team—whether professional or student—promises a stronger future for all involved. 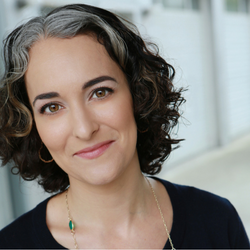 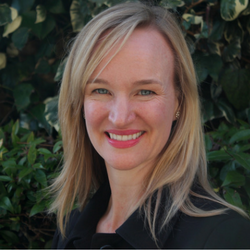