Silver on Grammar, Syntax, and Word Choice in the Social Sciences

In this article Bruce Silver, author of Grammar, Philosophy, and Logic​​​​​​​, explores the role of grammar, syntax, and word choice in the social sciences.

After learning that I had published Grammar, Philosophy, and Logic (Palgrave-Macmillan, 2017) a colleague asked why the book is listed under the Social Sciences, not the Humanities. My initial answer was unreflective: I am listed as a contributor to the social sciences because that is how the acquisitions editor classified my monograph.

Only after having crafted an outline, did I begin to wonder exactly what I was up to when I argued for or against conventional rules in English grammar, denied the cognitive standing of familiar adjectives, and suggested approaches to writing that promote prose that is excellent as against prose that is merely good enough. I announced that what was unique about my research and writing was that I summoned philosophical arguments and principles of formal logic as tools to produce superior essays, chapters, and books.

My preliminary thought was that this project, with its emphasis on correct grammar and syntax, did not in any obvious way belong to the social sciences. I thought, with my colleague, that calling on philosophical arguments and logic to support my arguments pointed to a project in the humanities. Was I correct? The question was not deep or unsettling in the sense that the American philosopher Josiah Royce fretted: “We are beset by questions to which we now get no answers.” Nonetheless, a useful question can lack cosmic significance and, to quote Royce once more, not be among “those bitter problems that pierce our hearts with the keen edge of doubt and wonder.”

In fairly short order, I found the answer that I sought, and it became clear to me that I was writing as a social scientist writes. After all, my recommendations and criticisms were drawn from encountering and keeping track of subtle errors that I recurrently noticed and described in the prose of my students and colleagues, as well as in the books written by celebrated non-fiction authors. I was examining the data just as an empirical scientist scans specific data that may generate a hypothesis. Like people who are unmistakably social scientists, e.g. sociologists, economists and historians, I too depend on observation and try hard to offer well-founded solutions in favor of superior, economical prose. And like any scientist I also try to explain or account for the phenomena that I investigate. I identify persistent but subtle lapses in grammar, diction, and word choice, and I too offer hypotheses to account for these lapses. I track these lapses by finding and identifying their causes that include English instructors who are ill-equipped to teach students the rudiments of fine writing and the internet jargon (tweets and text messages) that lacks structure and thrives on opaque acronyms. In my role as a sometimes splenetic social scientist, I describe an ungrammatical construction or the presence of an empty adjective, and then I prescribe a remedy for avoiding the incorrect construction or for deleting adjectives that lack cognitive or emotive meaning. As far as I am concerned, a social scientist is entitled to be prescriptive if he or she first documents an error, explains why it is an error and promotes the use of a correct alternative word, phrase or construction.

I know that the satisfaction of correcting familiar English phrasing or predication comes at a price. The common interrogative, as perhaps everyone who reads this essay realizes, is “What difference do your corrections make? You know what I mean.” The obvious difficulty with this question and comment is the unstated, mistaken conviction that the only significant function of language is communication.

The social scientist, better than other scholars and speculative thinkers in the humanities, can establish that this question is baseless. Linguists are social scientists who study the structure of languages. Careful grammarians are social scientists who, among many other things, locate errors and defend or deny rules in order to enrich our writing. Social scientists, linguists and grammarians point out and disconfirm the belief that language is instructive only insofar as it makes communication possible. I have found that they are better than philosophers of language at showing that and how language expresses feelings, stirs emotions, and spells out aspirations. Brilliant playwrights, poets, and novelists craft Hamlet, Paradise Lost and In Search of Lost Time. These primi lumi are extraordinarily good at their tasks. Historians of ideas and sociologists, as social scientists, explain for example how these remarkable contributions to literature and culture 1) arise within specific contexts, 2) often reflect specific historical settings and worries, and 3) point out to us the foundations for the purple prose of literary mannerists and Romantics.

My current scholarship is hortative. I am attempting to produce a searching argument that descriptive language should be aesthetically satisfying and that just as non-atonal musical composition is to some degree shaped by rules, so too language is enriched when writers obey some rules, reject other rules, and know almost unerringly which rules to follow or to dismiss. My task is difficult and at odds with common sense, at least according to my preliminary research and criticisms from my learned associates. I argue that a sentence such as “Maria is wiser than me” is not only grammatically well-founded but is also aesthetically superior to “Maria is wiser than I.” My argument depends upon treating “superiority” as an objective proposition that I can validate as a social scientist and that permits me to deny the tired aphorism that beauty is in the eyes of the beholder. I argue that this proposition and others akin to it state objective facts. As a consequence and as against philosophical subjectivists, careful philosophers who adopt the method and practices of social scientists can promote the objective view that evaluative and moral judgements are veiled statements of fact. This translation of normative judgements into factual propositions is controversial, but I believe that I can defend the approach as long as I conduct my investigation as a scientist whose task is to get at the foundations of enduring philosophical problems.

Bruce Silver is Professor Emeritus in the Department of Philosophy at the University of South Florida, USA. 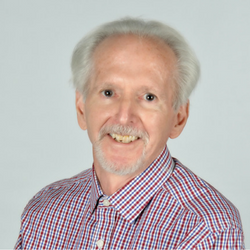