Palgrave Series Editor Louise Sundararajan discusses the need to learn from and protect indigenous ways of knowing and being in the face of current and future threats posed by advanced technology, arguing that indigenous knowledge systems give us a unique lens to address three big questions concerning technology: justice, conservation, and progress.

“Move fast and break things" as the motto of Mark Zuckerberg (Blodgett, 2010), CEO of Facebook, goes. One of the things fast moving technology breaks is cultural traditions.  It is well documented that throughout history technology tends to have a disintegrating impact on the society it has outpaced.  However, this history of violence is masked by evolutionary accounts which have proposed a linear progression from the hunter gatherer tribes to agricultural societies, which in turn are to be replaced by the post-industrial societies with more advanced technology.  In this march toward “advanced” civilization, technologically assisted colonialism plays a central role in our notion of “progress.”  Consider a pioneering vision of space colonization by J. D. Bernal (1929):

Once acclimatised [sic] to space-living, it is unlikely that man will stop until he has roamed over and colonized most of the sidereal universe, or that even this will be the end. Man will not ultimately be content to be parasitic on the stars, but will invade them and organise [sic] them for his own purposes… The stars cannot be allowed to continue in their old way, but will be turned into efficient heat engines… By intelligent organization, the life of the universe could probably be prolonged to many millions of millions of times what it would be without organization. (pp. 35-36)

Substitute “cultures” for “stars” and we get a vivid account of how technologically less developed societies might not be “allowed to continue in their old way,” but would be organized and turned into efficient fuels to power the technologically more advanced societies. In this infinite expansion of power, however, the machine may eventually march on without us, unless we upgrade ourselves with more technology, as Barrow and Tipler (1986) point out: “If a naturally evolved species never has machine descendants, its civilization will eventually die out. A civilization with machine descendants could continue indefinitely” (p. 595).  Thus without technological augmentation, it is suggested that humans are likely to be out-competed by super-intelligent machines, which will send us to the evolutionary trash bin the same way we did our less-technologically developed fellow beings.  This rather nightmarish scenariofinds its articulation in a Chinese proverb: “Riding the tiger--can't afford to get off (once dismounted, the rider runs the risk of being devoured).” Is it possible for human civilizations to get out of this trap?

Carl Sagan writing in 1994 noted the challenge posed by technology to human civilization:

...then technology is invented.... In a flash, they create world-altering contrivances. Some planetary civilizations see their way through, place limits on what may and what must not be done, and safely pass through the time of perils.  Others, not so lucky or so prudent, perish. (cited in Joy, 2000, 9-10)

As Sagan points out, we are at a critical moment in time that other cultures in the past might have dealt with differently and better, by making sure that technology moved at a measured pace that allowed societies to adapt to it and co-evolve with it.  Where can we get more information on these traditional systems of knowledge that have lasted for thousands of years with a gentler carbon footprint on the planet?  Enter Indigenous Psychology (Sundararajan, Kim, & Park, 2017). A global movement initiated in the seventies, Indigenous Psychology has been tirelessly documenting context-specific indigenous ways of knowing and being. Indigenous knowledge systems give us a unique lens to address three big questions concerning technology:  justice, conservation, and progress.

Is technology good or bad for us?  This popular debate will not get us anywhere, because technology is not only beneficial and detrimental at once but also sure to stay.  A more pertinent question to ask is this:  Given the widening disparity between the haves and the have-nots, how do we prevent the technological have-nots from paying more than their share for the cost of technological advancement?  A case in point is deforestation (Thong et al., 2020) and mining for rare earth materials that provide the necessary resources of advanced technology while destroying the habitats of many indigenous peoples.  Another case in point is globalization, from which the benefits to be gained by rural ethnic minority groups tend to be far outweighed by the liabilities of modernity they acquire in the process, including drug addictions and HIV/AIDS (Ting & Sundararajan, 2018).

What is at stake in the age of technology is not our well-being – technology promises us bonanzas of well-being ranging from eternal youth to ever-lasting life – so much as the fullness of being (human).  The fullness of our humanity decreases with each and every culture that is impoverished or driven to extension by advanced technology.

Advanced technology has ushered in the age of cultural evolution in which it is culture (for instance contraceptives) rather than nature (genes) that shall shape humanity's future.  However, our notion of cultural progress is still couched in terms of the Darwinian principle of big-fish-eats-little-fish. If we are going to have a more equitable world order (see Sundararajan, Hwang, & Yeh, 2020), we will need a different paradigm of progress. The philosopher John Macmurray (1993) has written:

It is characteristic of our Western civilization in the modern period that it has sought the increase of freedom chiefly and increasingly along the technological road, through the increase of power… But there is much to be said about the other means to freedom, which concerns itself with the modification of our desires; with operations upon ourselves and not upon the world. (p. 6)

In this way, we may measure cultural progress by the yardstick, not of power, but of spiritual richness, that is “rich in proportion to the number of things which we can afford to let alone,” as Thoreau puts it (cited in Joy, 2000, p. 14).  For illustration of the “letting be” principle, I cite from an interview transcript (Thong et al., 2022) with a member of the hunter gatherer tribes called Orang Asli, who are the earliest inhabitants of Peninsular Malaysia.

The Orang Asli used to be forest dwellers, until they were relocated by the government.  One of the hurdles of their assimilation into modern society is the education system.  In the following transcript, Mr. T16 was commenting on the tendency of their children to drop out of school.  He said: “Orang Asli are left behind... Because they are soft, sensitive, afraid.”  He went on to say: “We are difficult to be understood... because the meaning of our story lies deeper... so we need to know the Orang Asli longer, only then will we know them.”  On this point he explained further:

They are like chickens okay.  Village chickens and forest chickens [are different. Village chickens don't run from you]. If you approach the forest chickens… they definitely will run a bit.  Ahh they’re like that. But we don't... We don't let them get tamed... We don't, don't rough with them.  Ahh we sit, let them wander around looking for food. We have to take time, long, long time, only then can we catch them. Ahh they are like that. Orang Asli is like that. So you people have to understand.

If you show a little anger and they are afraid. They run.  Ahh so, to be smart is to take care of the people that are weaker.  Take care of them.  It’s the same with family. In one family, for example my family, not all in the family are smart. Ahh for example among eleven, twelve people in a family, one can be smart, the ten, eleven cannot lah. Everybody is different, and not all are smart. So we have to understand. We have to help one another. The smart ones have to help the weak... the weak and the strong need one another… (emphasis added)

For the restoration of a balanced relationship between technology and culture, indigenous knowledge and perspectives are indispensable. The Palgrave Studies in Indigenous Psychology book series aims to provide a home for scholarly work and critical reflections on indigenous traditions (e.g., Matthyssen, 2021).

Louise Sundararajan is Series Editor in Chief of the  Palgrave Studies in Indigenous Psychology, in which she has also co-authored Culture, Cognition, and Emotion in China's Religious Ethnic Minorities (with Rachel Sing-Kiat Ting) and co-edited Global Psychology from Indigenous Perspectives (with Kwang-Kuo Hwang and Kuang-Hui Yeh). 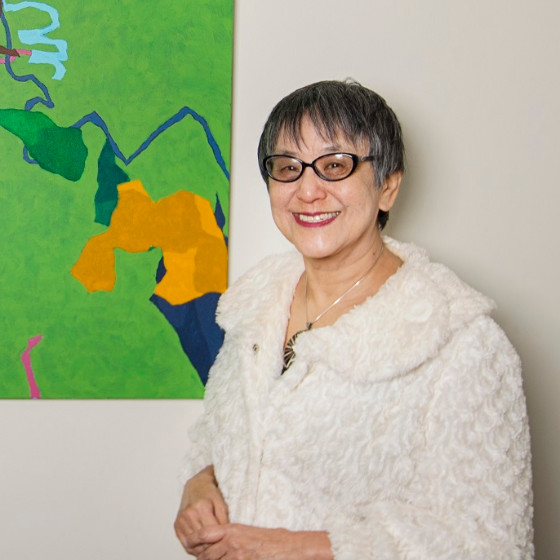