By Shirley Anne Tate, author of The Governmentality of Black Beauty Shame.

I was flicking through the Guardian Online like many people do when my finger was halted by the headline “Up to a third of National Trust’s historic homes have slave links”[2]. I thought, “well, that’s no surprise”. However, pleased to see at least some acknowledgement of the UK’s colonialist history of terror, cruelty, death, dehumanization and dispossession that was enslavement, I read on about the heritage charity’s upcoming report and plans to keep controversial art and statues in place “framed by historical context”. Which/what historical context never became clear. They were to be kept on site “to avoid shutting down debate”.  What debate or debate with who was not revealed. You can see as a Black woman descendant of enslaved people from the Caribbean and as a supporter of the Caribbean’s longstanding reparations movement now lead by Hilary Beckles, Vice Chancellor of the University of the West Indies, why ‘mi heart raise!!’

Debate has been shut down by whites during enslavement, colonialism and Empire, and is still shut down today. That is why we still read things like this: “Dyrham Park in Bristol is to place a poem in front of a pair of 17th century sculptures of African men kneeling in chains … The [National] Trust said it is working to bring out painful and challenging histories attached to its properties and collections through interpretation and exploration … slavery is a subject that needs handling with the utmost care and sensitivity. We aim to work with and learn from partners and communities so we can redisplay and interpret these items well outside their previous contexts of decorative art or triumphal display”. What on earth is decorative or art in two Black men in chains? The current BLM protests and critique of monuments/statues such as this has clearly passed by the National Trust unheeded. Ironic, in Bristol too, a city which has seen the statue of its native son and slave trader Colson throw into the River Avon by BLM protestors.

What could a reparative justice re-writing of the National Trust’s approach look like? Maybe something like this: “Dyrham Park in Bristol is to remove the pair of 17th century Blackamoor sculptures of African men kneeling in chains because these are examples of continuing white supremacy/ Black inferiority being promoted through their display in the 21st century. White people need to stop thinking about Black pain and think about how to challenge themselves and white British society through learning about their histories of the perpetration of colonialism, genocide, enslavement and indenture in the Caribbean. White privilege and white supremacy and how they keep being recycled through display need to be looked at urgently because they ensure continuing anti-Black and People of Colour (BPOC) racism in the UK. We need to look at what whiteness means, what whiteness does, the white supremacist mindset, the institutional and interpersonal racism which we are complicit with, maintain and participate in, in order to be able to redisplay these items well outside of their contemptuous white racist display. Until we can do that they, along with other anti-Black racist items in the National Trust must be removed. This is not to shut down debate but to make it plain that anti-Black racism is not acceptable”.

Slavery is not something that needs to be handled ‘with the utmost care and sensitivity’ either. This does prompt the question though, “whose feelings are in need of sensitivity here?” As a descendant of slaves in Jamaica, I do not feel the need for white sensitivity or care. Instead, what I feel the need for is an acknowledgement that enslavement and colonialism happened, populations were dispossessed, bought and sold, murdered, tortured, raped, dismembered, beaten to within an inch of their lives and beaten to work some more, Black women and men were used as breeding stock, denied human rights and were owned by white women and men. I want an acknowledgement that this Empire history is still being repeated with each police stop and search in the country where Black women and men are racially profiled for driving while Black. How else can you explain British gold medallist athlete Bianca Williams’ harrowing stop with her son and partner in the car, Labour MP Dawn Butler’s experience and the fact that across the UK BPOC are more likely to be stopped and searched by police? Blackamoor art like the statues is not meaningless, cannot be recuperated in any way and needs to be called out for the anti-Black racism and white supremacy that it perpetrates and perpetuates.

White people in the UK need to know their unsavory, brutal history and this isn’t just about England either. For example, in 2018, I was being driven by taxi through the Merchant Quarter in Glasgow and getting a bit of a potted history of the place by the driver. Yes, there are great restaurants, shops, bars, theatres and the Gallery of Modern Art. It is one of Glasgow’s oldest quarters dating back to the 1750s when it was home to wealthy traders and before that some of these traders built a hospital for the poor. I, of course, asked where these merchants had made their money and where they traded with and was told that some of them traded in tobacco and the rest was unclear. I sat in the taxi quietly after that thinking ‘some of them traded in tobacco’. How little white British people know about their history, how unaware they are that tobacco was not just tobacco and how oblivious they can choose to be to the fact that their wealth came from the blood, sweat, toil and death of enslaved Indigenous and African women, men and children in the colonies. Tobacco should have immediately spoken attempts at Indigenous genocide, dispossession and enslavement to him as it did to me. Clearly not though as all I could sense was pride in the wherewithal of these Scottish gentlemen who had built the Merchants’ Quarter. This story could have also been told very differently. I could have been told that the Quarter and the hospital were built by men who made their fortunes in the British colonies in which Indigenous genocide was attempted and reservations made to empty the land of Indigenous claimants. White fortunes were made from the death, suffering, and labour of Black, Indigenous and People of Color (BlPOC) that they disposed, enslaved on their plantations, traded from the African Continent, or through their direct investment in the triangular trade. No amount of whitewashing with sensitivity, being aware of “Black pain, redisplay and interpretation” can erase this history or even make it palatable. For the National Trust to pretend otherwise shows how very pervasive whitewashing continues to be as a white supremacist approach to rewriting a history and a present of anti-BIPOC racism. Oh and a shout out to Wales, Ireland and Northern Ireland too! You are also complicit in this British imperial story, our family names in Jamaica show that you were also in the business of making money from BIPOC suffering. No person, no nation can be complacent exceptions whilst complicit in colonialism.

In 2020, BLM has shown that BPOC protest is necessary because BPOC communities continue to be unfree. The call for reparations for enslavement must be heeded and acted upon. The insistence that what is on display in statues is white supremacist and anti-BPOC subjugation needs to be acknowledged. White people who would be allies in anti-racist struggle need to think about the white privilege they have to give up if they align as equals with BPOC communities in struggle.

Shirley Anne Tate is Professor in the Sociology Department at the University of Alberta, Edmonton, Canada where she is Canada Research Chair Tier 1 designate in Feminism and Intersectionality. She is Honorary Professor, Chair in Critical Studies in Higher Education Transformation (CriSHET) at Nelson Mandela University, South Africa and Visiting Professor in CEREN, University of Helsinki and CRED, Leeds Beckett University, UK.

Her area of research is Black diaspora studies broadly and her research interests are institutional racism, the body, affect, beauty, 'race' performativity  and Caribbean decolonial studies while paying attention to the intersections of 'race' and gender. She has written widely on these topics.

[1] Mi heart raise is Jamaican Creole (Patois) for I became angry because of an event. 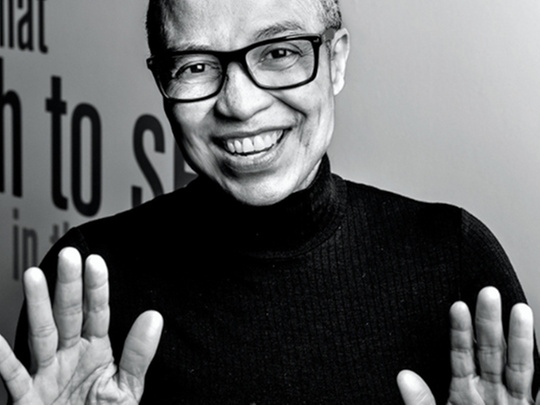