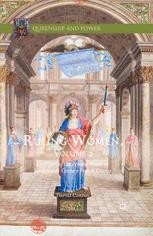 Ruling Women is a two-volume study devoted to an analysis of the conflicting discourses concerning government by women in seventeenth-century France. In this second volume, Configuring the Female Prince in Seventeenth-Century French Drama, Conroy analyzes over 30 plays published between 1637 and 1691, examining the range of constructions of queenship that are thrown into relief. The analysis focuses on the ways in which certain texts strive to manage the cultural anxiety produced by female rule and facilitate the diminution of the uneasy cultural reality it represents, while others dramatize the exercise of political virtue by women, explode the myth of gender-differentiated sexual ethics, and suggest alternative constructions of gender relations to those upheld by the normative discourses of sexual difference. The approach is underpinned by an understanding of theatre as fundamentally political, a cultural institution implicated in the maintenance of, and challenge to, societal power relations. Innovative and stimulating, Conroy’s work will appeal to scholars of seventeenth-century drama and history of ideas, in addition to those interested in the history of women in political thought and the history of feminism.

Derval Conroy is Lecturer at the School of Languages and Literatures at University College Dublin, Ireland.

“In this innovative study, Derval Conroy documents and analyzes the political debate concerning female governance in seventeenth-century France. … Ruling Women, written in an engaging and accessible style, present scholars, teachers, and students alike with a formidable resource to explore representations of queenship in seventeenth-century France. With this work Conroy makes an invaluable contribution to the study of women and gender issues in early modern Europe.” (Kathleen M. Llewellyn, Renaissance Quarterly, Vol. 70 (1), 2017)

'This study constitutes a giant step forward in the development of early modern sociocriticism, calling for a reappraisal of the relationship between gender and political thought, in the widest possible sense.  With sustained scholarly rigor and impartiality, Conroy offers a nuanced view of female rulers on stage, combining theoretical literature with drama.  Her work will revitalize the field in two directions, revising many long-held ideas on monarchy and enhancing further discoveries.'-James Gaines, Professor Emeritus of French, University of Mary Washington, USA
Praise for Ruling Women, Volume 1, Government, Virtue, and the Female Prince in Seventeenth-Century France:'In this fascinating and original study, Conroy investigates the intellectual history of the exclusion of women from the French throne. She brilliantly shows how seventeenth-century feminist authors exposed the contradictions of their opponents and demonstrated that the intellectual and moral virtues required for governing were "of both sexes". A must-read for everyone interested in the politics of gender.'-Siep Stuurman, Professor Emeritus of the History of Ideas, Utrecht University, The Netherlands