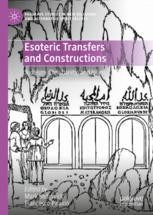 Similarities between esoteric and mystical currents in different religious traditions have long interested scholars. This book takes a new look at the relationship between such currents. It advances a discussion that started with the search for religious essences, archetypes, and universals, from William James to Eranos. The universal categories that resulted from that search were later criticized as essentialist constructions, and questioned by deconstructionists. An alternative explanation was advanced by diffusionists: that there were transfers between different traditions. This book presents empirical case studies of such constructions, and of transfers between Judaism, Christianity, and Islam in the premodern period, and Judaism, Christianity, and Western esotericism in the modern period. It shows that there were indeed transfers that can be clearly documented, and that there were also indeed constructions, often very imaginative. It also shows that there were many cases that were neither transfers nor constructions, but a mixture of the two.

Mark Sedgwick is Professor of Arab and Islamic Studies at Aarhus University, Denmark, and Convenor of the European Network for the Study of Islam and Esotericism (ENSIE).

Francesco Piraino is a postdoctoral scholar at the Institut d'ethnologie méditerranéenne, européenne et comparative (IDEMEC - CNRS) and the director of Centre of Comparative Studies on Spiritualities and Civilizations at the Fondazione Giorgio Cini, Venice, Italy.

"Esoteric Transfers and Constructions is an important and original volume that brings together an impressive cast of scholars around a critical theme in the study of Western esotericism: namely, the critical links between Jewish, Christian, and Islamic mystical traditions. This volume should be of tremendous interest to anyone working in the areas of Western esotericism, Jewish, Christian, and Islamic mysticism, and the history of religions more generally." (Hugh B. Urban, Professor of Religious Studies and Director of the Center for the Study of Religion at Ohio State University, and author of Tantra: Sex, Secrecy, Politics, and Power in the Study of Religion)

"Brimming with original empirical research and insightful conceptual exploration, this stimulating collection of essays opens up new vistas on cultural contact and transfer among and within Jewish, Christian, Islamic and Western traditions of esotericism and mysticism. Acculturation, appropriation, construction, manipulation, reinvention, translation, transformation are all on offer at this banquet – a rare treat for all who are interested in the entanglement of esoteric and mystical ideas and practices around the Mediterranean." (Ahmet T. Karamustafa, Professor of Middle East and Islam at the University of Maryland, and author of: Sufism a Formative Period.)

"How to do comparative religion well has been a question for scholars for over a century. Having moved beyond the viability of religious “essences,” scholars continue to explore new ways to look at religious phenomena cross-culturally. Esoteric Traditions and Construction is a fresh attempt, through the study of esotericism, to engage with comparison, not as an exercise in similitude or difference but rather, influence and the permeability of boundaries. Highly recommended." (Shaul Magrid, Distinguished Fellow in Jewish Studies,  Dartmouth College, USA)

“This fresh and stimulating collection demonstrates the importance and continued relevance of Esotericism within and across the Abrahamic traditions. For example, the Enneagram, Kabbalah, Sufism, and the Occult continue to provoke popular fascination—but here serious scholarly work discloses the significant cultural, historical, and religious currents that have woven through such phenomena for centuries—dispelling some myths while introducing and situating provocative and engaging individuals whose quests drew them to mystical and mysterious dimensions of human experience.” (Marcia Hermansen, Director of Islamic World Studies, Theology Department, Loyola University Chicago, USA)