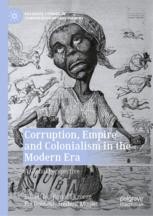 Corruption, Empire and Colonialism in the Modern Era

Answering the calls made to overcome methodological nationalism, this volume is the first examination of the links between corruption and imperial rule in the modern world. It does so through a set of original studies that examine the multi-layered nature of corruption in four different empires (Great Britain, Spain, the Netherlands and France) and their possessions in Asia, the Caribbean, Latin America and Africa. It offers a key read for scholars interested in the fields of corruption, colonialism/empire and global history.

The chapters ‘Introduction: Corruption, Empire and Colonialism in the Modern Era: Towards a Global Perspective’, ‘“Corrupt and rapacious”: Colonial Spanish-American past through the eyes of early nineteenth century contemporaries. A contribution from the history of emotions’, and ‘Colonial Normativity? Corruption in the Dutch-Indonesian Relationship in the Nineteenth and Early-Twentieth Centuries’ are Open Access under a CC BY 4.0 license at link.springer.com.

“As corruption has been little studied in the context of modern Western colonial empires, this edited volume is most welcome. From a determinedly contextual perspective, authors seek to grasp how social actors, both colonised and colonisers, perceived ‘corruption’ in their own times. Contributors show that the notion was manipulated to attack enemies and facilitate reforms, including those demanded by anticolonial movements in metropoles. Authors further probe the alleged role of combating corruption in the transition from early modern to modern colonialism.”

“This volume carefully unpacks the history of corruption in European empires and brings together fascinating cases from the Spanish, British, Dutch and French empires, with examples ranging from Cuba to Myanmar. The authors show how in empire corruption was both common practice and a political tool. Their contributions are relevant for scholars of colonialism, as much as for scholars of (historical) corruption.”

“This is an important collection of essays. It significantly advances our understanding of what has become a major scholarly problem –the political and cultural significance of corruption in the modern world– by offering one of the first sustained examinations of the relations between corruption and empire.”