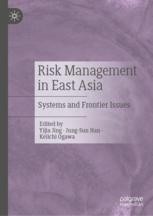 This book is a joint endeavour of the three partner universities to develop a book with in-depth and state-of-art analysis for the academic community of East Asia and the world. Past disasters, like the 2008 Great Sichuan Earthquake in China and the 2011 Great East Japan Earthquake, saw good efforts of East Asian countries in helping each other. Such a trend has been further strengthened in these countries’ recent cooperation and mutual support in their fight against Covid-19 pandemic. While China, Japan, and South Korea are geographically and culturally contiguous and hence may share some characteristics in their risk management principles and practices, there may also be many significant differences due to their different socioeconomic and political systems.  The commonalities and variances in East Asia risk management systems are also reflected by their recent responses to the Covid-19 challenges. While all three countries demonstrated overall success in controlling the epidemic, the measures taken by them were different. This research will be of interest to policymakers, scholars and economists.

Yijia Jing is a Chang Jiang Scholar, Seaker Chan Chair Professor in Public Management, Dean of the Institute for Global Public Policy, and Professor of the School of International Relations and Public Affairs, Fudan University. He got his BA/MA in Economics from Peking University, MA in Sociology from University of Maryland College Park, and Ph.D. in Public Policy from the Ohio State University. He conducts research on privatization, governance, and collaborative service delivery. He is editor-in-chief of Fudan Public Administration Review and co-editor of International Public Management Journal. He is the founding co-editor of the Palgrave book series, Governing China in the 21 Century.

Jung-Sun Han is a professor at the Division of International Studies, Korea University. Majoring in modern and contemporary Japanese history and culture, Han has worked on the interwar and wartime Japanese political thoughts and the Japan-Korea relations via visual culture of modern Japan. Han’s books include, An Imperial Path to Modernity (Harvard University Press, 2013) and Drawing an Empire (co-authored, Seoul, 2006). The latter book, Drawing an Empire, has won the best academic book prize in South Korea and has been translated into Japanese. Currently, Han’s research focuses on spatial politics of heritage making and management among state, civil society, and international community. Han holds her Ph.D. in History from the University of Washington.

Risk Management in East Asia presents a path-breaking step toward building a common approach to managing the shared risks that challenge China, Japan, and South Korea. Anchored by education leaders at three universities, the book articulates a view of disaster management as learning to cope with hazards that cross international boundaries. (Louise K. Comfort, Professor, Graduate School of Public and International Affairs, University of Pittsburgh)

In early 2020, COVID-19 was just emerging as an unprecedented threat to humanity. Analysis and control of this pandemic and future crises remains a challenge. Based on the educational cooperation among leading universities, Risk Management in East Asia breaks a new path understanding the evolving ideas and realigning practices in China, Japan, and South Korea to confront the shifting natures of risks in the region. (Shigeru Aoyagi, Director, UNESCO Asia and Pacific Regional Bureau for Education)