Africa, the diaspora, and beyond

With the release of the Black Panther movie in 2017, a number of critics and journalists used the term “Afrofuturism” when discussing the film. They used the term primarily to describe a future different than the one found in mainstream science fiction or superhero movies. But by using the term they also entered a conversation that has been going on for more than 25 years, since Mark Dery coined the term in his article “Black to the Future” where he asks why there have been so few black sci-fi writers. Understanding the Atlantic slave trade as a form of alien abduction, and thus African-Americans as descendants of alien abductees, the genre seems appropriate in describing the African-American experience. Around the same time as Dery’s article was published, John Akomfrah’s movie The Last Angel of History, a speculative documentary, was released, and in this film Greg Tate describes the lives of African-Americans as a “sci-fi existence”. A couple of years later, Kodwo Eshun’s book More Brilliant Than the Sun was published, testifying to the importance of the sonic within Afrofuturism.

Since these texts appeared, scholars and artists have taken it upon themselves to work with the idea of the future, a future where people of color have their logical place. Such a future challenges predominate cultural understandings, since the future-industry has been dominated by white stories. But, as Dery writes: “African Americans have other stories to tell about culture, technology, and things to come”, and it is these other stories that have been at the center of the Afrofuturist conversation.

There is no way to write about Afrofuturism without mentioning Sun Ra. As a composer, orchestra leader, and thinker, his stamp is not only felt on musicians, but on the whole discourse on Afrofuturism. Sun Ra’s sonic representations of Africa engage with historical material as well as musical features found in African musical traditions. His compositions indicate sonic worlds from throughout the ages, and the sounds themselves point to how the past may have sounded. His composition “Ancient Aiethopia”, for example, from the 1959 album Jazz in Silhouette, does not reproduce the sonic world of an ancient Ethiopia, but as a sonic imaginary gives the listeners a version of how the ancient world could sound, how we can imagine the sounds of the distant past. The composition plays into our ideas about the ancient world, with the use of drums and percussion as well as intertwined flute melodies, presenting a quasi-ritualistic music.

Other examples are found on the album The Nubians of Plutonia, that has tracks entitled “Nubia”, “Africa”, and “Aiethiopia”. These titles establish a framework for imagining the sounds of “Ancient Africa” as a sonic time travel. While it is difficult to claim that it is an exact replica of sounds from the past, the compositions attempt to build a bridge between the ancient and the future by highlighting musical features known from African musical traditions within an African-American jazz tradition. In another vein the album’s title too establishes a connection between the ancient and the future, and thus a reference to a continuous existence of black civilization.

Nnedi Okorafor has been critical of the term “Afrofuturism”, and describes her work as “Africanfuturism”. This criticism implies a question about whether the term Afrofuturism leads to a too monolithic understanding of the futures imagined by black and people of color authors, a question of importance in continuing the conversation about other stories about the future. While there can be little doubt that an African-American perspective has dominated the discourse on Afrofuturism so far, ideas of “Africa” have always been present. In a number of recent musical acts, the musicians expand upon Sun Ra’s (and other’s) perspectives and show how understandings of African musical traditions are becoming increasingly central.

One musical example could be CopperWire’s album Earthbound (2012), a concept album that is a collaboration between Gabriel Teodros, Meklit Hadero and Burntface, where Okorafor has written the story printed with the album and thus contributed to the world-building. It is a story about a hijacked spaceship on its way to Addis Ababa. On this album, we are in the future, in a time unknown, and there is spaceship and a sankofa bird, the latter a symbol pointing to the past and the future simultaneously. The story’s combination of the futuristic spaceship and an African and Afrodiasporic symbol is given sonic form in how different modalities of time are heard simultaneously, using music to indicate the co-presence of the past and the future. Another example is the video of “Supernova” from Meklit’s album When the People Move the Music Moves Too (2017). Meklit is an Ethio-American vocalist and composer, and the album contains a number of African musical dimensions, in a music that is hyphenated in comparable ways to how she describes herself. Here are, then, relations to Ethio-jazz as well as Afrodiasporic music, and the video has obvious speculative dimensions. “Everything we are was made in a supernova”, she sings, her answer, it would seem, to Sun Ra’s age-old inquiry into the question about the black man in the cosmos.

Erik Steinskog is Associate Professor of Musicology at the Department of Arts and Cultural Studies, University of Copenhagen, Denmark. Erik's work primarily deals with twentieth and twenty-first century music, with an approach inspired by interdisciplinary cultural studies. He also works with parallels between music and other means of expression, as well as how an understanding based in afrofuturism can go into dialogue with other perspectives and other musical expressions, so far less understood in relation to afrofuturism. His book, Afrofuturism and Black Sound Studies, is available now.

< Back to African Media and Culture Page 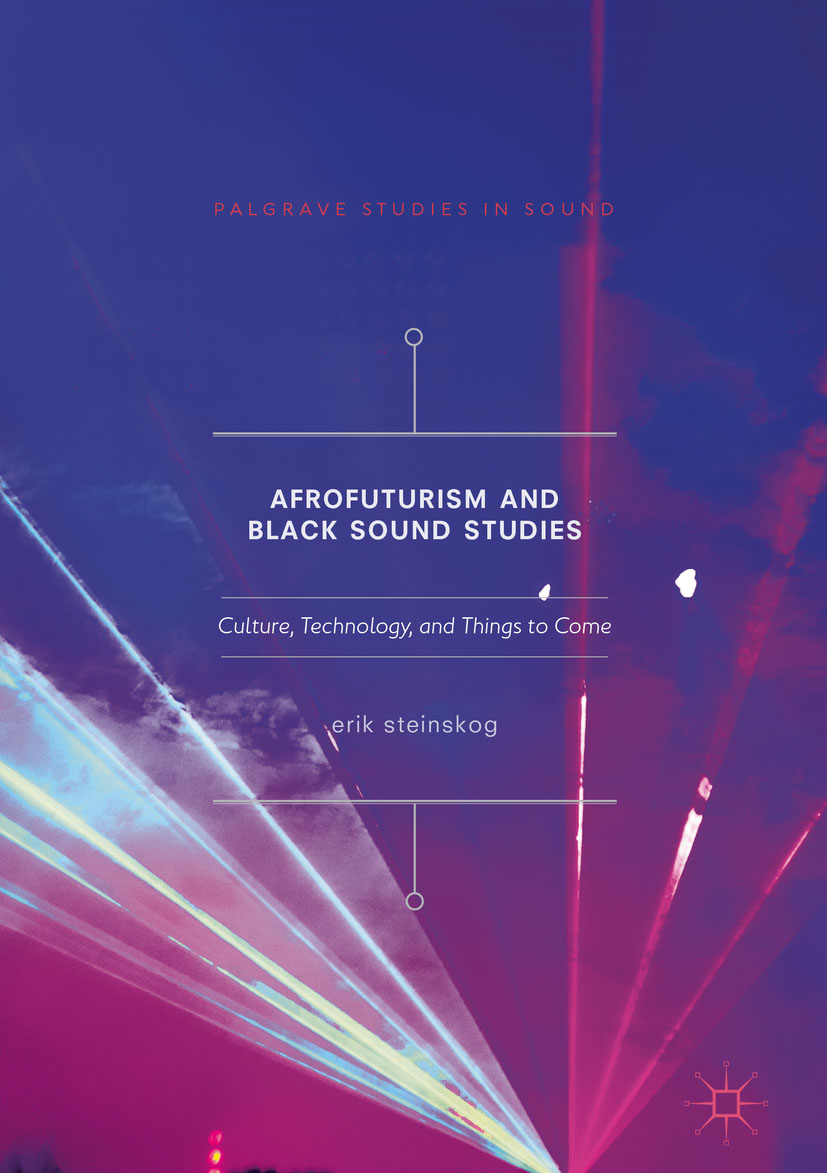