In celebrating International Women’s Day Hosu Kim, author of Birth Mothers and Transnational Adoption Practice in South Korea, invites readers to correct the historical understanding of transnational adoption and to envision the future of reproductive justice

In celebrating International Women’s Day this year, I am reminded of a feminist slogan put forth by Yôsôsng Minuhoe, a South Korean women’s organization: “We get stronger as we connect with one another.” Stemming from this powerful message and historical evidence of women’s movement on basis of solidarity, I would like to point out that the practice of transnational adoption has long been a blind spot for feminists (with a few exceptions). Though there exist apparent women’s reproductive labour – whether child birth or child rearing – connecting two women, a popular narrative revolving around transnational adoption has left us with a lack of vocabulary with which to examine the practice from a feminist perspective. Too often, adoption stories begin with the conceit of orphans that requires the symbolic erasure of birth mothers who are alive and living out their lives elsewhere. The strength of the orphan-saving narrative has drowned out much-needed feminist approaches and has perpetuated an exclusively humanitarian perspective wherein both adopted children and their birth mothers are legible only as victims. In this lacuna of feminist scholarship, my recent book, Birth Mothers and Transnational Adoption Practice in South Korea: Virtual Mothering, attempts to illuminate the living existence of birth mothers and connect their life experiences fraught with gender-based violence to feminist scholarship.

In my research, I seek to understand the amorphous and heterogeneous population of birth mothers that has largely remained silent. Rather than assuming one’s motherhood as a natural, fixed, or unchanging identity, I propose “virtual mothering” as an analytical framework by which one might see, feel, and follow a process of “becoming birth mothers”. By connecting two pivotal moments – one of separation from, and the other of reconnection with, the child – the book delineates other sites (outside the home or the family) of mothering, including maternity homes, televised reunion shows, internet forums, and oral history collections. These sites connect multiple generations of Korean birth mothers spanning South Korea’s 60-plus years as a supplying country for transnational adoption. Archiving traces of virtual mothering complicates the adoption cause, most often, solely attributed to poverty, and shifts its focus to the gender inequities that are deeply entangled with adoption circumstances. For too many women, adoption was not a planned nor conscious reproductive choice. Rather, it was often part of or a consequence of their efforts to flee from unliveable living conditions fettered by domestic violence and other types of abuse and mistreatment. These women fled in order to survive. Many only learned of the adoption after the fact. Sometimes it was months and other times it was years after. In addition to women fleeing abuse, there are also many single mothers who frame their adoption as a conscious choice – however, often these choices were made in an environment where there was no other choice possible. No adequate public funding for single mothers. Few jobs with child-care support. No measures to protect against discrimination against single mothers. It is thus evident that adoption circumstances are sites crying out for feminist intervention and interrogation, not only in South Korea, but worldwide.

Aggregating their voices and memories through this book offers a powerful statement of adoption losses and birth mothers’ existence. However, I would not characterize my book as consisting of only painful experiences. Rather, it is an archive of voices and actions in resistance and alliance with one another through which to foster a feminist vision of reproductive justice on a global scale. A wide range of birth mothers’ imprints – from oral histories and internet postings to their personal journal entries – validates experiences of alienation and reaffirms the value of lives often thought of as valueless. This book presents the painful but profound moments in which birth mothers are reconnected with adoption experiences of their own and others, thereby registered as a community. A critical emergence of virtual mothering invites readers to not only correct the historical understanding of transnational adoption but also to envision, through and by it, the future of reproductive justice.

Hosu Kim is Assistant Professor of Sociology and Anthropology, with an affiliation in Women, Gender, and Sexuality Studies, at the College of Staten Island, City University of New York, USA. 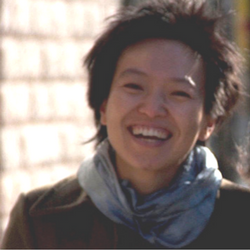