Ann Furedi on the Moral Case for Abortion

Marking International Women’s Day 2017 Ann Furedi, author of The Moral Case for Abortion and Chief Executive of British Pregnancy Advisory Service, a not-for-profit provider of abortion services in the UK, discusses women’s moral literacy and their right to self-determination

The Moral Case for Abortion has never been so relevant.

International Women’s Day is an opportunity to mark the 50th anniversary of the 1967 Abortion Act, an important step that has allowed millions of women in Britain the chance to safely and lawfully end an unwanted pregnancy. It was a crucial piece of law-making that has served society well. But it has never allowed women the right to choose freely, privately, for themselves whether or not to have a child. The Act did not grant women the right to act on their consciences, determining for themselves what was right for them and their families; nor even did it give women control over their own bodies. The Abortion Act failed to place decision-making with individual pregnant women, where it rightly belongs. Instead it is left firmly with the medical profession.

Before the 1967 Act, abortion had been illegal, made a criminal offence by nineteenth century legislation passed before women had the right to even vote or inherit property. This has remained the case ever since. The big difference made in 1967 was that it allowed doctors a defence against prosecution as long as they carried out the procedure in approved premises, if two doctors certified that an abortion was for approved reasons and up to a specific time in pregnancy. Unlike other medical procedures, seen as private matters for a doctor and patient, abortion remained one in which the state, through its laws, had a direct interest. And the Act never extended to Northern Ireland. This means that in a part of the UK, women are denied access to lawful abortion services. They must travel to England for help, at huge personal and emotional cost. While they pay UK taxes, their care is not funded by the NHS as it is for women living in our nation.

Over the decades, good doctors working for the National Health Service and for the charity, I run, British Pregnancy Advisory Service, have made our abortion laws work for women. Any woman – once we know she is sure of her decision – will experience care in the most swift and straightforward possible. But the requirement that 2 doctors authorise a woman’s decision, which would not happen in any other comparable clinical procedure, can create needless delays. At the same time, the restrictions of the act – drafted before anyone could imagine that a pregnancy could be safely ended with medication (simply taking pills to cause miscarriage) – prevent us from providing care in keeping with the highest clinical standards. The law prevents the safest and most sensible ways of treating women. It prevents women using the prescribed drugs in their own homes, as they are in the rest of Europe and the USA: that would be a crime here because the law insists the drugs must be used in a clinics. It would be a crime for a nurse or midwife to carry out procedures to bring about an abortion, even when they are capable, because only a doctor has exemption from prosecution. Any woman who obtains abortion medication on line can be sent to prison for life under laws passed before the world looked anything like it does today.

In Northern Ireland, women can and are being prosecuted for taking these pills. But even in the rest of the UK, where lawful abortion services are available, we hear of women who buy pills online. They may be young women who are too scared to tell a parent, they may be Migrant women with no access to NHS healthcare, they may be women living in the most difficult circumstances, perhaps coping with domestic abuse, caring for dependents, who cannot leave the house for the multiple appointments that our law demands. They are all risking imprisonment the moment they swallow those pills.

The choice of abortion should be a private moral matter, free of state interference or control. The practice of abortion should be regulated no more and no less than other medical procedures. On 13th March the Labour MP Diana Johnson has secured a 10 Minute Rule Bill which aims to do just this. It is just a fledgling bill – a long way from changing the law – but it is a first key step on the road ahead.

I wrote The Moral Case for Abortion, to provide a platform of arguments for people who believe, as I do, that we make our destinies through the choices we make, and that when we are denied the right to make moral choices we are denied the right to make our lives. There are limits to where the state should intrude and the decision about whether to have a child is an area that must be for us determine for ourselves. If we cannot make the choice, how can we fully take responsibility for that choice?

What better way to mark the 50th anniversary of the Abortion Act, International Women’s Day and Women’s History Month, than to set a new agenda for women in the 21st Century, an agenda that acknowledges women’s moral literacy and their right to self-determination.

Ann Furedi is Chief Executive of British Pregnancy Advisory Service, a not-for-profit provider of abortion services in the UK. She is a leading pro-choice advocate and has written extensively on issues relating to pregnancy and birth control. 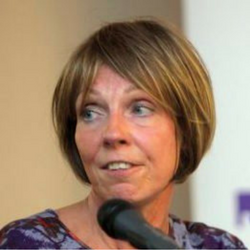