Amber Regis, author of The Memoirs of John Addington Symonds: A Critical Edition, discusses how attitudes towards sexuality have changed through history

Wrapped in furs, wearing a hat indoors, John Addington Symonds (1840-93) sits at his study desk. This is how I imagine him writing and compiling his manuscript autobiography, a frank account of his life as a homosexual man living subject to Victorian social mores.

Though lucky to possess some independent wealth, Symonds was obliged to supplement his income by the labour of his pen. Essayist, poet, historian and biographer, he set aside all paid work for three months while he worked tirelessly upon his memoirs. The result was a long and eclectic text: more than 600 handwritten pages of varying shape, size and colour. He details his sexual development from the earliest childhood memories, through sexual cultures of bullying and blackmail at school and university, to the suppressions of adulthood. Having realised the irrevocable nature of his desires for men, Symonds records his attempts “to constitute a working compromise”, to find some means of expressing and enacting his desires, his loves, while protecting himself and his family from public scandal and censure.1

Symonds moved to Davos, Switzerland, in the late 1870s on account of poor health. He lived outside English law but watched, dismayed, when in 1885 the Criminal Law Amendment Act brought private and consensual sexual acts between men—described, indistinctly, as acts of ‘gross indecency’—under the jurisdiction of the police, courts and prisons. He described the legislation as “inexpansible.”2 Committing his life to paper was thus a brave (or foolish) thing to do. Symonds knew that his memoirs could not be published; indeed, any potential bookseller willing to take such a risk would have faced certain prosecution under the 1857 Obscene Publications Act.

Symonds made arrangements for the safekeeping of his autobiography after his death. He hoped that a time would come when his story could be told, and he trusted the manuscript to the care of Horatio Brown, a poet, historian and former pupil. Brown used the memoirs as the basis for his biography of Symonds, published in 1895 shortly before the trials of Oscar Wilde, though he was careful to remove any too telling material—sexual crises become religious doubts. Brown kept the manuscript safe for the rest of his life, and on his death, bequeathed it to The London Library under embargo for fifty years.

The manuscript remains in the care of the Library to this day. Symonds’s daughter, Katharine Furse, was the first to gain permission to read it in 1949, and during the 1950s and 1960s access was opened to scholars. Symonds’s modern biographer, Phyllis Grosskurth, prepared an abridged edition of the memoirs in 1984, and though his sexual revelations were made public, they were still curtailed—some 55,000 words were removed from the text.

In his preface to the memoirs, Symonds imagines his two kinds of future reader: the “scientific student of humanity’, and the “fellow creature” who would feel some “thrill of pity” as they turned the pages of his life.3 This month Palgrave Macmillan will publish the first edition of the memoirs to reproduce all the surviving materials in Symonds’s manuscript. At last, some 128 years after he sat down at his study desk, wrapped in furs and wearing his hat, Symonds’s will tell his story.

I describe John Addington Symonds (1840-93) as a homosexual man writing about homosexuality—but these are not, perhaps, the words he would have chosen for himself. They were words he came to know, and indeed, the Oxford English Dictionary cites his letter to Havelock Ellis as one of the earliest documented uses of homosexuality.4 But Symonds died before these words entered common usage, and it would be wrong to think he shared our current definitions and applications.

When Symonds began his memoirs, he wrote to a friend, Henry Graham Dakyns, that his intention was to “speak out.”5

These self-reflections spurred him on to explore the burgeoning field of sexology. Symonds read works by Johann Casper and Carl Liman, Richard von Krafft-Ebing and Karl Ulrichs, among others—European doctors and jurists who had worked, or continued to work towards new understandings of homosexuality. These writers provided him with new vocabularies through which to describe his desires and how they shaped his sense of self.

The results of this reading can be found in ‘A Problem in Modern Ethics’ (1891), a privately printed essay exploring current trends in the theorising of homosexuality. In his introduction to the work, Symonds acknowledged his semantic indebtedness:

"I can hardly find a name which will not seem to soil this paper. The accomplished languages of Europe in the nineteenth century supply no term for this persistent feature of human psychology, without importing some implication of disgust, disgrace, vituperation. Science, however, has recently—within the last twenty years in fact—invented a convenient phrase, which does not prejudice the matter under consideration. She speaks of the “inverted sexual instinct’”; and with this neutral nomenclature the investigator has good reason to be satisfied."7

Sexual inversion—that seemingly “neutral” pairing of words—was discovered too late for the memoirs. But time spent among the sexologists prompted Symonds to return to his manuscript, adding notes and marginal comments to make it clear that his thinking had changed. He extends his second chapter on childhood sexuality to compare his account to the theories of Ulrichs and Krafft-Ebing, and he qualifies the conclusions he reached before encountering these thinkers. But he makes no substantive change: “What I wrote,” he declares, “I now leave as it stands.”8

‘A Problem in Modern Ethics’ concludes with a list of fourteen premises and proposals for changes to English law and education in relation to sexual inversion. Symonds attacked the terms of the 1885 Criminal Law Amendment Act on several fronts: its imprecision and extraordinary reach; its promotion of blackmail and false accusation. He repeats these attacks in Sexual Inversion, his collaboration with Havelock Ellis published three years after his death (in German in 1896 as Das konträre Geschlectsgefühl, and in English a year later). Ellis and Symonds maintained that English law was “simple but severe” in its policing and persecution of private, consensual acts; they declared: “there is no sound or adequate ground for constituting such act[s] a penal offence by law.”9

In the posterity project of the memoirs, the private pamphlet circulated among friends, and the collaboration with Ellis, Symonds spent the final years of his life trying to “speak out”—albeit guarded, albeit coded. His efforts did not go unnoticed. In an obituary poem in The Artist, the anonymous writer mourned his sudden silencing:

7. ‘A Problem in Modern Ethics’, in John Addington Symonds and Homosexuality, p. 128.

Amber K. Regis is Lecturer in Nineteenth-Century Literature at the University of Sheffield, UK. She has published essays and reviews in Life Writing, Journal of Victorian Culture, and the Times Literary Supplement. 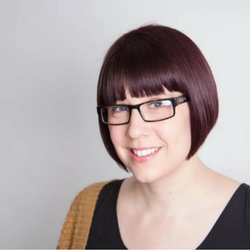 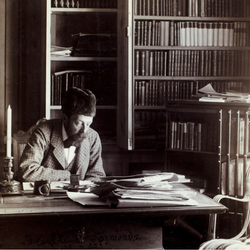