In this article Helen Bowes-Catton, contributor to The Palgrave Handbook of the Psychology of Sexuality and Gender, and Sakura Byrne discuss changing attitudes to gender and sexuality.

A growing number of young people report identifying as transgender, non-binary or genderfluid. In response, social media giant Facebook now offers its users a diverse list of gender identities to choose from, from male and female, to agender and two-spirit. Similarly, the idea that sexuality can be fluid, and that bisexuality – an attraction to more than one gender – is a real and valid identity has also been gaining traction among the younger generation. For example, the most recent data released by the Office of National Statistics demonstrates an increase in the proportion of people, particularly young women, who identify as bisexual.

This kind of change is, of course, nothing new – sexual politics is in constant flux. However, generational differences in attitudes can provide useful snapshots that allow us to trace change over time. The ‘baby boomers’ born in the middle of the last century challenged the idea that married heterosexual monogamy was the only acceptable form of sexual expression, lobbied for the decriminalisation of male homosexuality, and pioneered LGBT equality campaigning. Their ‘Generation X’ and ‘Generation Y’ children and grandchildren took this further, successfully lobbying for legal recognition of same-sex partnerships, and arguing for greater acceptance of bi and trans people. Millennials’ contribution has been to begin to question two linked assumptions underlying previous generations’ understandings of gender and sexuality – that they are dichotomous (male/female, straight/gay) and inherent (people are ‘born gay’ or, if trans ‘born in the wrong body’).

While changes in social attitudes to sexual and relationship diversity since the late twentieth century have been profound and far-reaching, equality campaigning has largely based on the assumption that sexual and gender identities are inborn, and therefore fixed and stable. We can see this logic in the kind of ‘coming out’ stories that we are used to hearing – someone ‘realises that they have always been different and that they have been ‘living a lie’. Such stories strike us as genuine and honest, while stories that don’t follow this logic (where, for example, someone describes their sexuality as ‘chosen’, or their gender identity as fluctuating over time) don’t make narrative sense or seem plausible.

There are good reasons for this – positioning LGBT people as unable to choose or change their identities, and therefore deserving of social acceptance and legal protection – was a powerful lever in the struggle for equality. This is one reason why bisexuality has always been a contested sexual identity – the idea that some people could choose the gender of their partners undermined the argument that lesbians and gay men were ‘born that way’. ‘Genuine’ sexual and gender identities had to be dichotomous (male/female, straight/gay) and lifelong.

This isn’t a logic that makes much sense to many of today’s young adults, who’ve grown up taking gender and sexual diversity for granted, in a society that greatly values self-determination and freedom of choice. We can see the impact of this in audience responses to media coverage of bisexuality – while, in 2014, Christopher Biggins’ biphobic remarks went largely uncontested even in the LGBT press, making similar comments on Celebrity Big Brother just two years later generated a social media backlash that saw him evicted from the show. More recently, Christine Quinn’s mislabelling of potential New York mayoral candidate Cynthia Nixon as a lesbian led to a number of news articles condemning Quinn’s comments and defending Nixon’s bisexuality – a marked contrast with previous US media coverage of bisexuality, such as the New York Times’ infamous ‘Gay, Straight, or Lying?’ piece in 2005.

Clearly, this increase in support and acceptance for gender and sexual diversity is a good thing, but it’s important to note that we still have a long way to go. Research indicates, for example, that bisexuality is only just beginning to gain recognition and acceptance as a ‘stand alone’ marginalisation; that is, while it’s increasingly acceptable for otherwise privileged (white, middle-class) people to identify as bisexual, society still finds it difficult to see bisexuality as a valid identity when it’s taken up by someone who’s working class and/or of colour.

One example of this can be seen in the case of asylum seekers; same-sex sexual relationships are still illegal in 76 countries, and whilst there has been an increase in positive results in cases where people have sought asylum based on their lesbian or gay identity, bisexual asylum seekers like Orashia Edwards encounter much lower rates of success, as do people like LGBTQ+ activist Aderonke Apata, who currently identify as lesbian or gay but have a history of opposite-sex relationships). Such cases demonstrate the profound implications of failing to recognise the complexity and fluidity of sexuality.

So, while news coverage clearly indicates changing attitudes towards gender and sexual fluidity, it’s clear that these changes aren’t yet having an impact on people for whom bisexuality is just one of a number of marginalised identities. Those of us who are now encountering greater acceptance of our own bisexuality need to channel our energy into listening to, learning from and supporting the work of people who are working towards justice at the intersections of sexuality, race, class and immigration.

Dr Helen Bowes-Catton is a social psychologist and Lecturer in Social Research Methods at the Open University. She has been researching and writing on bisexuality for the last fifteen years, and is currently Chair of BiUK, a network of academics researching bisexuality.

Sakura Byrne is a PhD candidate at the Open University. Her research concerns the ways in which bi people in monogamous relationships manage their identities and wellbeing. 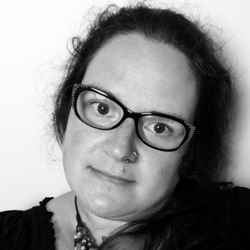 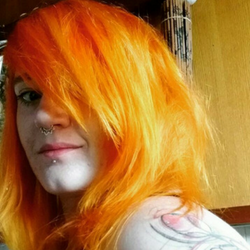