Co-editor of postmedieval, Eileen A. Joy, discusses how the journal has led the way in assimilating medieval studies with contemporary work.

Before postmedieval was launched in 2010, no one journal in medieval studies had a sharply focused mission for integrating medieval studies with work in more contemporary periods and for cultivating multi-disciplinary collaborations between medievalists and post-modernists.

postmedieval brings medieval studies into critical relations with scholars working on a diverse array of post-medieval subjects in order to forge new and provocative connections among histories, ideas, objects, discourses, and texts that have traditionally been perceived to be overly anachronistic when brought together. By contrast, postmedieval purposefully cultivates such anachronisms, which we see as critical to illuminating the deep historical structures (mental, social, aesthetic, political, sexual, and the like) that animate modern practices and institutions. Our inaugural issue “When Did We Become Post/human?” placed Dante into dialogue with artificial intelligence, ancient tomb automata with robotics, medieval mnemonics with cognitive science, Shakespeare with primatology, and so on.

More than 7 years later, the journal has produced a stunning array of medieval-modern mash-ups and remixes, including issues such as ‘Cognitive Alterities/Neuromedievalism’ (2012), co-edited by a medievalist and a neuroscientist, that explored the ways in which current research on mirror neurons and neuroplasticity, especially, might shed new light on human cognition in the Middle Ages and also addresses the more broad question of whether and how art and neuroscience might inform one another. Other issues have addressed medieval-modern encounters under the banners of ecomaterialism, the Holocaust, contemporary poetics, gothic architecture in Latin America, the medical humanities, sensory histories, critical race studies, animal studies, and much more.

postmedieval aims to demonstrate how the study of premodern history and culture provides invaluable resources for critical reflection upon some of the most pressing questions and problems of contemporary thought and life. It is thus engaged with scholars working in all periods on the question of periodization itself and on the ways in which the production of disciplinary knowledges has been bound up with an insistence on separating the past from the present—an assumption that postmedieval actively challenges.

postmedieval: a journal of medieval cultural studies aims to develop a present-minded medieval studies in which contemporary events, issues, ideas, problems, objects, and texts serve as triggers for critical investigations of the Middle Ages. The journal also underscores the important value of medieval studies and the longest possible historical perspectives to the ongoing development of contemporary critical and cultural theories that remain under-historicized. 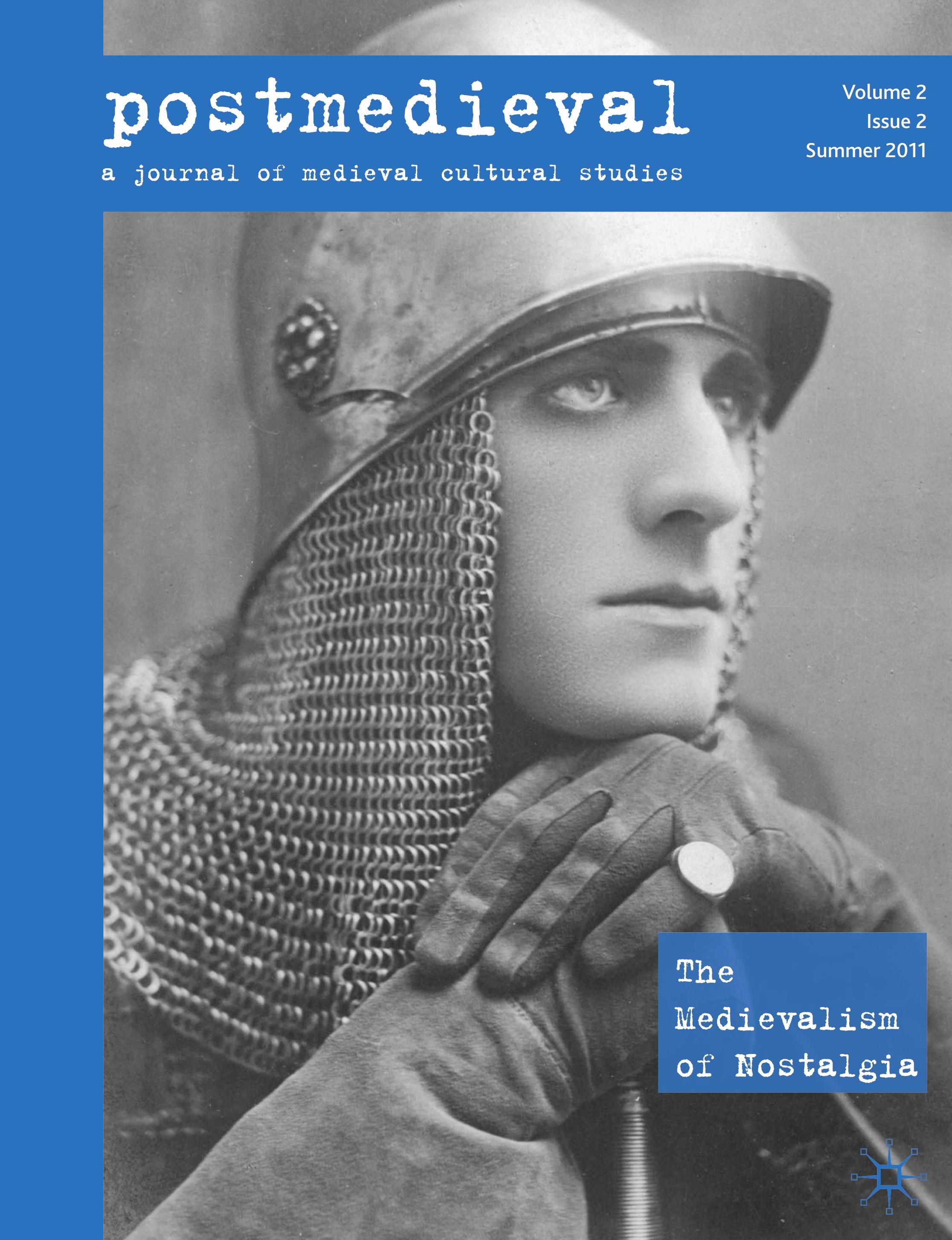