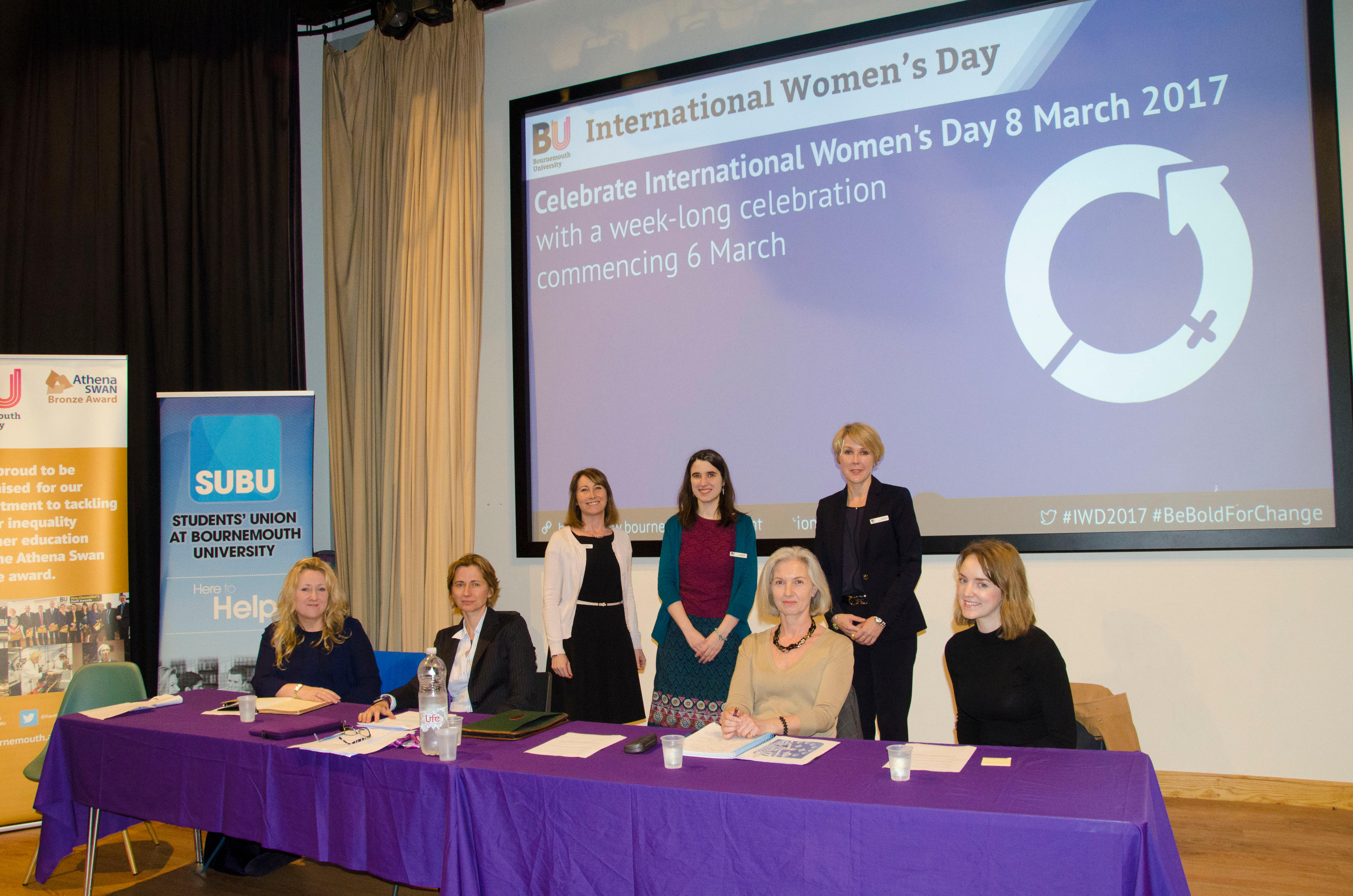 In September 2016, the Faculty of Management at Bournemouth University launched a Developing Women Leaders (DWL) programme to support final year female business and management students entering their first graduate roles and transitioning into early career professionals. Twenty-eight women students self-nominated to the programme which has been delivered through workshops and guest speaker talks. Based on ‘Shine Theory’; the belief that supporting other women to shine helps all women to shine, the cohort also have their own closed Facebook group to provide a source of ongoing support beyond the programme. The philosophy of the DWL is to provide tools and tips for women when negotiating what Eagly & Carli (2007) calls the ‘leadership labyrinth’; the complex nature of women’s careers.

Research tells us that women will face a number of barriers in their career such as dealing with the ‘think-manager, think-male unconscious biases, negotiating organisational politics and the ‘old-boys club’ and managing stereotypes. We know for example, that there is a negative correlation between success and likeability for women, so the barriers come in many forms. We have been surprised by the level of inequality female students have reported during their work placements with students facing comments regarding their looks/dress and struggling to find senior level role models.  Whilst business has clearly made great strides over the last forty years, there are many unconscious biases that still need to be addressed.

International Women’s Day 2017 saw the culmination of the DWL programme with a panel event and Palgrave were invited along to take part. The event was opened to an audience of staff, students, organisations and members of the public, followed by a networking event for both students and organisations.

On the panel were Louise Barton; Head of SRP Operations at Barclays, Tara Flynn; Managing Director at Ratio, Jane Newall; Chief Superintendent at Dorset Police and Diana Parkes; business owner of Women’s Sat Nav to Success. The panel answered a range of questions, exploring the barriers and challenges they had faced in their own careers and how they had overcome them, advice for young women starting out on their careers and their views of gender inequality in the UK.

The ensuing discussion was wide ranging, encompassing imposter syndrome, the importance of mentoring and sponsorship, confidence and being an authentic leader. However, we were struck with the similarities across the panel despite their different work contexts. An overarching theme of the debate was for the need for organisations to be inclusive of all groups and leadership styles which extended beyond gender to considering the broader view of diversity.  Key takeaways from the discussion for our female students suggested the need to speak up in the workplace and to be strong when negotiating in areas such as pay, training and work load.  Build a network of allies and sponsors across all levels of business who can act as role models, offer advice and highlight your successes.  The debate was fascinating and we really appreciated the panel’s time and insights.

The next step of the programme will be to conduct interviews with the students once they have entered work to find out what they have applied from the programme. Bournemouth University will be running the programme again next year and linking with external businesses to help facilitate and run certain elements of it. The DWL is intended to empower the next generation of women leaders to enter the workplace with confidence, an awareness of gender inequality, and a supportive network of peers to draw upon.

Dr Parisa Gilani, Deborah Taylor and Melissa Carr are academics within the Faculty of Management at Bournemouth University. They are co-convenors of the Developing Women Leader’s programme.