Closing Borders to Refugees is Not the Answer

By Nasar Meer, co-editor of the Palgrave Politics of Identity and Citizenship Series

In recent weeks, according to the United Nations, at least 167 countries have either fully or partially closed their borders.  These travel restrictions seem an important means to help contain the pandemic, but they are also proving to be a way for some countries to forfeit their asylum responsibilities.

Presently, at least 57 states are citing COVID 19 to ignore international conventions by making no exception for refugees seeking asylum, even though the World Health Organisation (WHO) offers clear guidance on the use of quarantines and health screening measures at points of entry for those fleeing persecution.

Some politicians have openly signalled their intention to use the present uncertainty to ramp up anti-refugee sentiment. The Hungarian Prime Minister Viktor Orbán, for example, has told the people of Hungary that ‘Our experience is that primarily foreigners brought in the disease, and that it is spreading among foreigners.’ In Italy meanwhile, the former Interior Minister Matteo Salvini has claimed that his country’s outbreak was caused by a maritime refugee rescue in Sicily.

Closer to home, the legal charity Safe Passage has issued to the UK Home Office a list of unaccompanied children and vulnerable adult refugees trapped in refugee camps on the Greek islands, but who have been legally cleared for transfer to join families in the UK.  The Home Secretary has refused to accept them.

Indeed, for the millions of people in official camps and informal settlements, the pandemic poses a terrifying threat that lays bare the inadequacy of current approaches. Take the Cox’s Bazar camp in Bangladesh for example, home to more than 855,000 Rohingya refugees, living in small and confined shelters and where the population density is such that 40,000 people share a single square kilometre. Social distancing there is impossible, and handwashing stations, triage centres, and isolation facilities are lacking.

The dangers are similar the world over, from those internally displaced in Syria and Venezuela, to the recent swelling of Idlib province, Al Hol in Syria, the Zaatari camp in Jordan, the Bekaa Valley in Lebanon and Ciudad Juárez in northern Mexico, to name the most obvious.

These populations have typically endured the worst of possible hardships, caught infectious diseases and developed respiratory conditions in the course of merely surviving in camps without planned sanitation or access to decent health care. Now add to this few means of Covid-19 prevention, little treatment for those infected and virtually no means of disease control.

Yet it is here, in Europe, that an entirely avoidable catastrophe unfolds.

Lacking the most basic sanitation, including soap and clean running water, thousands face a perilous fate, sleeping in close proximity in overcrowded camps that they are prevented from leaving. On the Greek island of Lesvos, once a transit route for those crossing from Turkey, around 20,000 people are squeezed into an unfit makeshift encampment, originally intended for no more than 3,000. The outcome? Roughly one water tap between 1,300 people and entire families made to occupy spaces of little more than three square meters (and the entire population squeezed into less than one-tenth of a kilometre squared).

This means, as Dr Hilde Vochten, Médecins Sans Frontières’ medical coordinator in Greece, makes plain, “recommended measures such as frequent hand washing and social distancing to prevent the spread of the virus are just impossible". Hence MSF has called on the European Union to work in partnership with Greece to close the camps and resettle people before it is too late.

From the residents of the Moira camp on Lesvos, meanwhile, we hear increasingly desperate pleas that if not all can be evacuated then priority be given to the elderly and vulnerable. Medics on the ground report horrific conditions. Speaking to the British Medical Journal, Siyana Marhroof Shaffi, director of the UK-based charity Kitrinos Healthcare, which runs a medical clinic on Lesvos, says that many of the camp’s residents already have respiratory infections and indeed that, in 21st Century Europe, scabies is “rampant” in these camps.

The situation is no better on the other Aegean islands of Chios, Samos, Leros, and Kos, where formal and informal camps have swelled since the EU-Turkey deal (signed in 2016) commenced to prevent onward movement from the camps.

While this treaty was designed to prevent the movement of asylum seekers into Europe, it was matched by a hardening in approach to those who had already arrived. Typical is the Pyli facility in Kos, an open structure to which thousands have been left to pin makeshift shelters with no organised water, sanitation or prospect of medical provision.

Overall however these are relatively small numbers of people – they run into the tens of thousands in a continent of over 740 million, and so could easily be absorbed if there was a political will to close the camps.

The call for urgent action however does not need to rest on altruism and goodwill, but law: 1951 Refugee Convention insists that asylum-seekers and refugees should not be penalised for having entered or stayed irregularly and, most pressingly in light of Covid-19, the UN High Commissioner for Refugees (UNHCR) has a clear protocol for identifying and addressing vulnerability of asylum seekers and refugees. This is more relevant than ever and must now be heeded.

There are positive lessons we can draw on from elsewhere, including the recent decision of the Portuguese government to treat asylum seekers and refugees in Portugal as permanent residents with access to health care, at least during the present crisis.

The EU could, for example, offer Greece debt relief in the first instance and then partner up with international agencies to help rehome people. There is an appetite to help. We have seen in recent years how national level intransigence has been thrown into sharp relief by municipal, local or city-level initiatives. This attitude has an older pedigree in the International Cities of Refuge Network, the Cities of Sanctuary, the Save Me campaign and the Eurocities network, each of which elevates the role of the cities to accommodate refugees.

It is easy to forget that safety is a relative concept and so while Covid-19 is a disease that can affect everybody, it will not do so equally. Whatever else transpires in the coming weeks and months, what remains certain is that these camps are European constructions and all the responsibility for what befalls in them rests not with those who contract this illness, but in the failure of Greek and EU leaders to honour their obligations to the most vulnerable.

Enshrined in Article 33 of the 1951 Refugee Convention, this principle insists that ‘No Contracting State shall expel or return (“refouler”) a refugee in any manner whatsoever to the frontiers of territories where his [or her] life or freedom would be threatened on account of his [or her] race, religion, nationality, membership of a particular social group or political opinion.’

This principle is in serious jeopardy and Filippo Grandi, the UN High Commissioner for Refugees, has said he fears ‘the core principles of refugee protection are being put to test.’  It is a test we cannot fail.

Even Germany, a country that has in recent years shown the rest of Europe (if not the world) how to successfully take in refugees, has seen the suspension of its humanitarian refugee admission programs. In the case of Germany this is expected to be a temporary measure but there is no guarantee this will be the case for other countries.

The WHO has helped establish the International Health Regulations (IHRs) designed to form an international legal position for responding to a public health emergency of international concerns. The regulations were not conceived to undermine the 1951 Refugee Convention nor the EU refugee law where they Charter of Fundamental Rights guarantees the right to seek asylum.

Temporary travel restrictions therefore should not apply to people in need of international protection or for other humanitarian reasons.

Indeed, on April 2, 2020, the European Court of Justice ruled that Hungary, the Czech Republic, and Poland were not legally entitled to opt-out of EU treaties that required them to take their allotted share of asylum seekers from Greece and Italy in 2015.

There is of course a long history of associating diseases with migration, but COVID 19 will not be tackled in the long-term by closing borders to the most vulnerable, and the cost of doing so is profoundly undermining our post-war refugee settlement.  Forced returns and refoulement are not justified by suspicion of COVID-19 transmission.

There are ways to manage border restrictions in a manner which respects international human rights and refugee protection standards. It is imperative that in all the uncertainty accompanying this virus these approaches and standards are upheld.

Nasar Meer is Professor of Race, Identity and Citizenship at University of Edinburgh, and Royal Society of Edinburgh Personal Research Fellow (2014-2019). 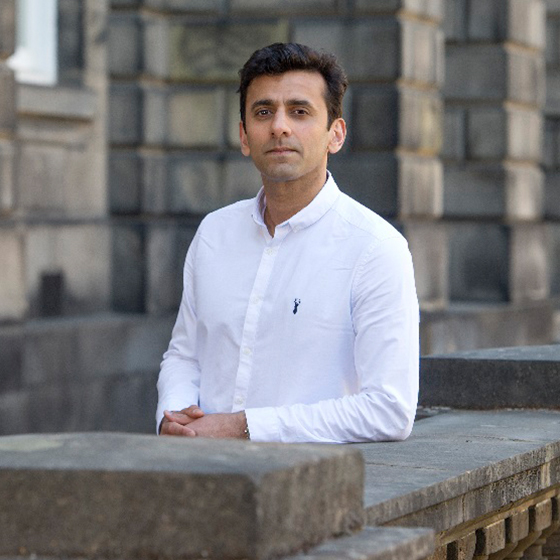