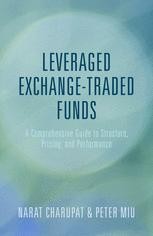 This book explores the significance of riots and public disturbances caused by marginalized youth with a migrant background in France and the Netherlands, and how their demands for recognition, justice and equal opportunities are voiced in uncivil, yet politically meaningful ways.

Femke Kaulingfreks completed her PhD in political philosophy and urban anthropology at the University for Humanistic Studies in Utrecht. She is currently a visiting scholar at the Institute for the Study of Societal Issues, University of California, Berkeley. Femke is also involved in activism related to housing, youth empowerment and social justice.

'This book provides an important contribution to literature that considers young people's involvement in civil disorder. It is based upon extensive field research that explores the political meaning of disruptive interventions and, by doing so, provides a voice to the powerless who are marginalised by the operations of conventional political activity.' Peter Joyce, Principal Lecturer in Criminology, Manchester Metropolitan University, UK

'How would you recognise a new political subject? By the fact that it already spoke the language of politics? But then it would hardly be new. Femke Kaulingfreks lets us hear the voices of marginalised young men from 'problem' neighbourhoods, and suggests that their riotous intrusions into the public sphere might be understood as creating just such a new form of political subjectivity. Her committed, incisive arguments demand to be heard.' Martin Crowley, Reader in Modern French Thought and Culture, Queens' College, University of Cambridge, UK

'In this brilliant cross-national, empirical-theoretical study, Kaulingfreks meticulously explains how young people resist, defy, and transform punitive state apparatuses. The superb blending of on the ground research with marginalized populations and theorization of larger political and structural forces exposes how the youth of the lumpenproletariat are centrally concerned with finding solutions to the worldwide punitive crackdown on the poor. In the end, those most affected by the era of global militarized carceral discipline, control, and containment might teach us a lesson or two about dismantling this system and creating a more egalitarian society.' Victor Rios, Professor of Sociology, University of California Santa Barbara, USA