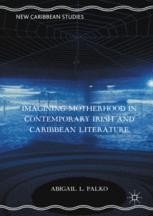 Imagining Motherhood in Contemporary Irish and Caribbean Literature undertakes a comparative transnational reading to develop more expansive literary models of good mothering. Abigail L. Palko argues that Irish and Caribbean literary representations of non-normative mothering practices do not reflect transgressive or dangerous mothering but are rather cultural negotiations of the definition of a good mother. This original book demonstrates the sustained commitment to countering the dominant ideologies of maternal self-sacrifice foundational to both Irish and Caribbean nationalist rhetoric, offering instead the possibility of integrating maternal agency into an effective model of female citizenship.

Abigail L. Palko is the Associate Director of the Gender Studies Program at the University of Notre Dame, USA. A Faculty Fellow of the Keough-Naughton Institute for Irish Studies and an Affiliate Faculty member of the Department of Africana Studies, she researches and teaches contemporary Irish and Caribbean novels, focusing on their representations of motherhood.

“In Imagining Motherhood in Contemporary Irish and Caribbean Literature, Abigail L. Palko constructs an original, insightful argument about depictions of the maternal in non-canonical Irish and Caribbean texts. Her strong analyses of these texts will certainly influence future arguments about literary representations of motherhood in transnational contexts.” (Moira Casey, Associate Dean and Professor of English, Miami University Regionals, USA)

“Using the placenta as an allegory to explore the literary representation of motherhood in Irish and Caribbean literature, Abigail Palko skillfully traces how mothers forge a transnational alliance through the maternal imaginary. .  Framing her argument around current theories of feminine citizenship, the maternal body, and personhood, she examines how the “third space” engenders  bodily autonomy beyond the confines of patriarchal ideology and Catholic rhetoric on maternity.  Her study is timely and extremely valuable.”  (Simone A. James Alexander, Professor of English and Africana Studies, Seton Hall University, USA)

“Imagining Motherhood is a necessary contribution to motherhood studies through its reading of non-traditional and non-heteronormative representations of maternity in transnational contexts. Drawing on feminist, postcolonial, and Catholic discourses, the book offers an original intervention in the ongoing literary, social, and political debates about the self-sacrificial “Good Mother.” Focusing on topics such as abortion and lesbian mothering, the study calls for a crucial repositioning of women as agents of their own reproductive and maternal powers.” (Elizabeth Podnieks, Associate Professor of English, Ryerson University; Co-editor “Textual Mothers/ Maternal Texts: Motherhood in Contemporary Women’s Literatures”; editor “Mediating Moms: Mothers in Popular Culture”)

;Calibri","sans-serif"; mso-ascii-theme-font:minor-latin;mso-hansi-theme-font:m“Palko brilliantly uses the comparative character of her project to pinpoint the silences, occlusions, and marginalizations of maternal experience and its meanings in two cultures no longer colonial, but still cast as peripheral within the world-literature system. Founding her central idea of the maternal imaginary on Irigaray’s theory, she draws on Benedict Anderson and Charles Taylor to develop further the notion of the imaginary in a direction other than Lacanian. Her book offers a powerful analysis of the parallel, but also differing, constraints on the representation of the actual maternal in both cultures, of the suppression and displacement of mothers as speaking subjects by a powerful national maternal symbolic, and of the struggles of women writers to liberate maternal subjectivity in its own right.” (Patricia Coughlan, Professor Emerita of English, University College Cork, Ireland)