Is the 2019 general election really the most important British election?

The 2019 general election represents, according to some who are standing, a turning point. Politicians of a variety of different parties are keen to emphasise that it is the most important election of recent times or even of a generation. Such arguments are laden with discourse and overt messages of course, and whilst it is easy to distinguish differences between the rhetorical strategies of political parties and campaigners, doing so overlooks the fundamental questions of who decides the importance of elections? And do all those who engage with the election share this view? And/or are they a homogenous block?

Here such discourse is based upon subjective understandings. And even ulterior motives – often the underlying message of those making such arguments is that voters need to register to vote and vote in a particular way (i.e. for them or their preferred candidate). Even if people (the electorate, campaigners etc.) legitimately feel that this is the most important election, is this alone sufficient to warrant such conclusions? Given the motivations of such discourse it is likely that similar arguments will remerge at the next election, not least from opposition parties who encourage people to vote for ‘change’.

This can be seen through the campaign slogans employed by the Liberal Democrats over the last four elections. Two of these have explicitly included the term ‘change’; “change that works for you” (2010) and “Change Britain’s future” (2017) and notions of change are implicit in the 2019 “Stop Brexit. Build a brighter Future” slogan. The only campaign not supported by a slogan that did not explicitly call for change being in 2015, after the party was in coalition government (“Stronger Economy. Fairer Society. Opportunity for Everyone”).

Equally, such narratives are used to highlight particular policies. For example the Labour Party’s slogan “It’s time for real change” highlights social inequalities and the legacy of austerity whilst the Brexit Party’s narrative of “Change Politics for Good” is used to highlight existing MPs inability to conclude Brexit negotiations.

What about an objective criterion, one that studies a range of elections across different timeframes? Distinctions of elections historically stem from the first- and second-order distinction proposed following the first European (Economic Community) Elections in 1979. It was (and still is) often argued that these elections were deemed to be of lower importance than national elections, those that determined who governs.

In addition to these elections, in a British context, other elections (local elections and parish elections) were also decried as being second-order. As were the new devolved elections upon their introduction under New Labour, and the Police and Crime Commissioner elections instigated by the Conservative-led coalition government.

So how can such claims be tested? My 2019 book Classifying Elections in Britain explores these issues and argues that a holistic understanding of elections can only be achieved by looking at the different participants within each election. My research explores three such groups; the electorate, political parties and the media. In doing so, I move beyond anecdotal or subjective understandings to look at the actions undertaken by each group.

Within the book I use proxy measures to determine how salient different groups’ views of different elections are. For voters turnout statistics are used to demonstrate how many people viewed the elections as important enough to go and vote, for political parties spending returns are used to demonstrate how much money the largest parties spent during their campaigns, and for the media the number of newspaper articles (as a percentage of all media stories reported) are considered.

Drawing upon three distinct groups helps mitigate for differences that exist within each group, for example the limitations each party places on the number of candidates it puts forward (e.g. the geographical limitations of the SNP or Plaid Cymru).  It also allows for consistent measures over time despite changing circumstances (e.g. the inclusion of new political parties or changes to voting requirements/the size of the electorate).

This research overall upholds the key distinction that general elections are – on aggregate – viewed as more important than other types of elections, though it highlights that such “second-order” elections are perceived very differently. For example it demonstrates that the Police and Crime Commissioner elections were viewed as significantly less salient than, say, elections to devolved bodies.

Will 2019 be the most important election of all time? Or of a generation? If campaigns are to be believed then victory will enable a party to embark upon a radical transformation – either in terms of Britain’s relationship with EU/Europe and other countries or in terms of altering established socio-economic structures. Here voters may see and feel a greater impact than they have done previously – and more so than after the results of the local elections were announced. But at the same time this will inevitably not supress such demands for “change” and rhetoric of importance during the future election campaigns.

Christopher Kirkland is Lecturer in Politics at York St. John University, UK, and author of Classifying Elections in Britain (Palgrave, 2019) and The Political Economy of Britain in Crisis: Trade Unions and the Banking Sector (Palgrave, 2017) 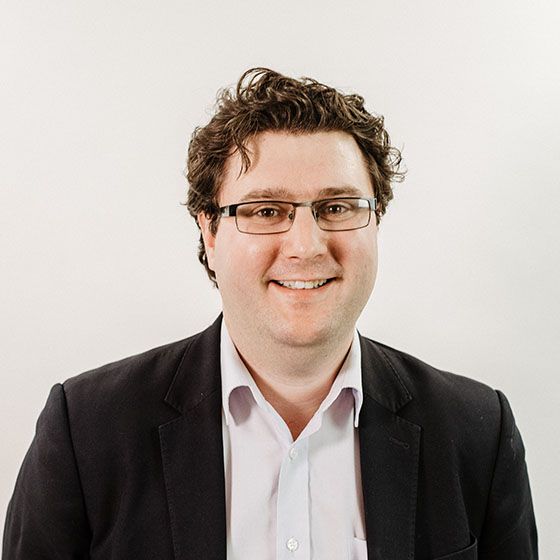 More Books from Palgrave on Elections