Kevin Hickson is Senior Lecturer in British Politics at the University of Liverpool, UK. Read a chapter from Britain’s Conservative Right since 1945, "Europe” free until March 15.

Yet, this may be a squandered opportunity. Voters behind the so-called 'red wall' may have loaned Boris their vote in the unique circumstances of a Brexit election and may well fall back to voting in their traditional way come the next election, especially if Labour gets its act together under the new leadership. Brexit may all go horribly wrong meaning a sudden and drastic fall in support for the Conservatives.

Ideologically, the Conservatives need to move radically away from the economic liberal agenda to which it has held rigidly for four decades.  Whether it is capable of doing so remains to be seen. Some, such as Dominic Cummings, and perhaps even Johnson himself, recognise this basic fact. However, many in the Conservative Party - at all levels - will not.

There has been talk of Boris moving in a more One Nation direction. One Nationism has been a term firmly associated with the Conservative Party ever since Disraeli talked of the 'two nations'; a concern with maintaining social unity through promotion of patriotism over class and social reforms designed to soften the consequences of the industrial system. However, since the Second World War, and certainly with the Tory 'wets' who opposed Margaret Thatcher, the term One Nation has been associated firmly with a more socially liberal attitude and commitment to European integration.

In my recent book, Britain's Conservative Right since 1945: Traditional Toryism in a Cold Climate I sought to understand the beliefs and motivations of an understudied tradition within the Conservative Party. I wrote of how the traditionalists within the party have often failed through a combination of picking the wrong fights, appearing hopelessly outdated or being divided between themselves. They often appeared to be trying to turn back the tide, frequently pitched against the moderates in their own party who they variously accused of being liberals or even socialists.

From such a tradition it would seem that the modern-day Conservative Party has little to learn. However, more sophisticated traditionalists may argue that they still have much to offer.

Firstly, on Brexit. Since European integration became a serious proposition in the 1960s most, though not all, traditionalists have been sceptics. What they would see as an elite-imposed project has finally been rejected by the people and despite attempts to denigrate leave voters since 2016 it is finally happening. From this perspective, Boris is right to encourage celebrations at the end of the month and to push for greater divergence at the end of 2020 with no extension on the transition phase. Moreover, traditionalists have welcomed support for a points-based immigration system following the UK's departure from the EU.

The election results also saw greater divergence between the constituent parts of the United Kingdom. Boris has responded with a strongly Unionist message - no second independence referendum in Scotland. Traditionalists have a strong sense of unionism, however others would point to current constitutional and fiscal arrangements which they would claim disadvantage the English. A more overtly pro-English position would therefore be encouraged by certain traditionalists. It may be that a stronger focus on England and the English is now more likely. Although somewhat of a gimmick, Boris's recent comment that the House of Lords may sit in York and that the Commons will tour the country when the Houses of Parliament are closed for redevelopment may be a start of dispersing power away from London and the South East.

Traditionalists have renewed their criticisms of the pernicious influence of liberalism within British cultural and educational institutions. The BBC has long been a target here for those of this persuasion. Recently the government has announced that it wishes to explore the possibility of reforming the BBC. Another institution which traditionalists would like to see challenged are the universities, which they see as predominantly left-wing and having suppressed free speech. All of this involves not a crass defence of old-fashioned prejudices or a desire to turn back the clock, but resisting what traditionalists have long seen as the illiberal nature of modern liberalism they would claim.

A final broad area - which would be perhaps the most troubling to many Conservatives - is that of economic policy and the welfare state. This is challenging because - as more thoughtful traditionalists have frequently pointed out - the Conservative Party is not really conservative at all.  Since 1979, liberalism has been the dominant ideology within the Conservative Party, not conservatism. But in order to retain at least some of the seats which were won in December, Boris needs to ditch decisively free-market economics. Those of this persuasion would argue that there needs to be a greater role for the state in investment in key industries, active regional policies, an end to the demonization of those on welfare and even limited renationalisation. The idea that the national economic interest is synonymous with that of the 'free' market should be challenged, critics of economic liberalism on the right as well as the left believe. The consistent pursuit of the free market has damaged and destroyed much of what traditionalist conservatives held dear.

Following Lord Salisbury traditionalists have held a pessimistic attitude, believing that the forces of economic and social change were destructive but inevitable. In the past four decades the destructive force has been economic liberalism. For those who have long seen its destructive effects there is now, finally, perhaps room for cautious optimism. 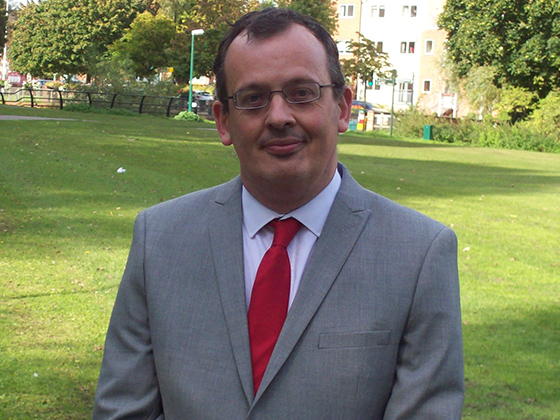