On Writing about Barack Obama

Read a chapter, “Introduction: Barack Obama and the Transformational Impulse” free until July 8.

Presidential watching is obligatory for scholars, journalists and historians. We write books about presidents but view them from different prisms. We observe different things, interpret them in our own way and make separate conclusions. It is not important that we agree. The point is that a presidential term is preserved for history. Writers who live during a presidential term have different perspectives than those who view a president as a historical figure. Granted we have only a small sample of 45 men, but we know that each president is shaped by the office and is influenced by his predecessors. Obviously, the job is more complicated than newly elected presidents expect. We know the legacy of a president is determined by his political time as well as his acumen to make the appropriate policy decisions.

President Barack Hussein Obama was singular not only because he was the first African American to be elected to the job but because his path to the office was so improbable given the nation’s racial history. In 2005 I gave a lecture in Europe in which one of the audience’s questions was whether the junior Senator from Illinois would run for president. At the time I did not believe it was a good idea since he was a backbencher; I thought that such a campaign, like those of others before him, would not fare well in the two winnowing elections in the predominately white states of Iowa and New Hampshire. Then, in late 2006, I received a phone call from someone in Chicago telling me that Senator Obama was going to enter the 2008 Democratic primaries. Senator Obama’s speech at the 2004 National Democratic Convention had made such an impact that they felt he should run in the next presidential primaries. I couldn’t believe it. Yes, several African Americans had run in presidential primaries, but none had been nominated. It turned out, however, that I was wrong about Candidate Obama’s campaigning skills and the will of the American voters. As we all know, Obama would go on to win the Democratic nomination and defeat Republican John McCain in the general election.

When the 2008 election results were in, the atmosphere was almost surreal. The nation watched an African American president-elect standing before a Chicago audience thanking the America people for electing him their new president. Barack H. Obama became the 44th president of the United States of America at a time when the nation was undergoing fundamental economic, political and cultural change. The Framers of the US Constitution, many of whom were slaveowners, would have been shocked at this event. Nevertheless, modern America had weathered the 1960s Black Civil Rights Movement and had now elected a black man to the country’s highest office. Like most African Americans, I never thought that such an event would happen during my lifetime.

Before the inauguration, the local Boston NPR television station invited me to serve as an analyst. I declined because I was going to the inauguration; I had to go for both personal and historical reasons. I did not have VIP tickets, so I saw the ceremony on a wide screen several blocks from the actual swearing-in platform. The people around me, mostly African Americans, were so excited and overwhelmed. We were witnessing a major American historical event. The new president’s inaugural speech was so elegant, inclusive and thoughtful. By taking the presidential oath, Obama proved that African Americans were ready to take their place in the nation’s political leadership class. The crowd was totally entranced. But unlike them, I knew I would be expected to write about the new president.

Writing about President Obama proved to be challenging. Yes, he was a community organizer, lawyer, state politician and US Senator. Yes, he was a Democrat candidate that was elected with widespread white voter support. Yes, he had some of his political training in the City of Chicago, a city known for machine politics. But who was this biracial man who had grown up in Hawaii and Indonesia? I wrote several essays about him trying to answer that question. Some of the essays were never intended to be published, but rather attempts to understand Barack Obama, the man. I remember distinctly the reactions of a few people when he used the term “my presidency.” The President was correct to take personal ownership of the office he had won, but some African Americans thought the Obama Presidency was a collective enterprise. Perhaps he should have said “our presidency.” For many socio-psychological reasons, African Americans had invested a great deal into President Obama’s tenure and wanted him to prove so much to America.

Herein lies the challenge of reporting and writing about Barack Obama, the man. On the one hand, his election was so unique and loaded with possibilities that we perhaps expected too much. On the other hand, the office of the presidency had certain limitations. Nevertheless, President Obama had promised hope and change. He spoke about making America a post-partisan nation dedicated to solving problems and becoming an “inclusive” community.

In retrospect, it is not uncommon for presidential candidates to promise change and attempt to do new things. Barack Obama seems to have sincerely believed that he could make a real and everlasting change. Indeed, every president is trying to make history and leave a legacy. Legacies are by definition what we remember about them and their presidencies. Looking Back on President Barack Obama’s Legacy is about Barack H. Obama’s presidential legacy—what he wanted to do and what he actually did. It is also about the economic and political events that shaped his legacy.

All the writers in this anthology, because of their diverse backgrounds, watched the president through different prisms. They didn’t all agree about his tenure, but they recognized Obama’s historical significance. So, what emerges is a sober analysis of Barack Obama, a man who changed presidential history not just by what he did, but simply by being who he was. 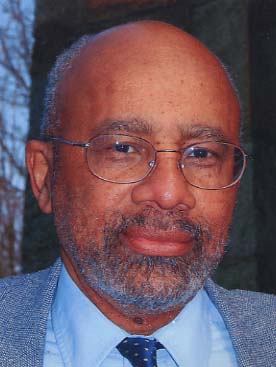