Carol Smart CBE on her Work in the Social Sciences

Having recently been awarded a CBE for services to the Social Sciences in the 2017 New Year’s Honours list, we spoke to Professor Carol Smart about her career in academia, the impact of the social sciences, and why they’re so important as we appear to enter a post-truth period of ‘alternative facts’.

Can you give us an overview of your work in academia to date?

My first degree was in sociology but my master’s degree was in criminology and my PhD was in the field of socio-legal studies. This means that throughout my academic career I’ve been able to shift focus and emphasise different elements at different times. While I’ve been able to contribute to sociological theorising, most of my work has had an applied element and at times I’ve worked closely with practitioners in the areas of law and social policy. My core sole authored publications include Women, Crime & Criminology (1976), The Ties that Bind (1984), Feminism and the Power of Law (1989), and Personal Life: New Directions in Sociological Thinking, (2007). However I have also jointly published with colleagues I have worked with on funded projects and the main monographs include The Changing Experience of Childhood: Families and Divorce, (2001), Same-Sex Marriages: New generations, new relationships (2013), and Relative Strangers: Family life, genes and donor conception (2014).

What is your most recent Palgrave book, Relative Strangers, about? What were your findings?

Relative Strangers is a book which explores what it means for couples and families to have a child born through donor conception (either sperm, egg or embryo donation). Petra Nordqvist and I sought to find out what it might mean for family relationships when a child was born who was not genetically related to ‘one side’ of a family or possibly to neither side. Through in-depth interviews with couples (both lesbian and heterosexual) we explored how important genetic relatedness was for families, and also whether parents would opt to tell their children about their genetic origins. The study was carried out at a time when the consensus on whether or not to tell a child was changing in the direction of greater openness, and yet we found that this openness could be very hard for families. We also discovered that people’s understanding of how genes work and their very significance could be a great variance to contemporary scientific views.

How do you hope your research has had a real word impact?

‘Real world’ impact is a very loaded expression! For the sake of argument I shall take it to mean impact on ideas, policy and practice and my considered view is that influencing ideas, albeit that this is hard to evidence in the short term, is just as important as impact on a field of practice. As to the first (ideas) my early work on criminology and on family law surely introduced a strong feminist perspective into mainstream thinking. I was able to demonstrate the paternalistic and patriarchal thinking that dominated those areas and subsequently many other scholars have taken those ideas forward. In more practical terms, my work on the experiences of children after their parents separated/divorced brought children’s voices into focus and policy has increasingly tried to be attentive to children’s needs. I am particularly pleased that this research was, in part, relied on to avoid policies of automatic 50:50 sharing of children on divorce. As to more recent work I think we need to wait and see but I hope that my work on relatedness (Personal Life) will challenge the idea that we now live in a world of unconnected, selfish individuals.

What do you think your recognition in the New Year's Honours list represents for the social sciences?

Before this year I paid scant attention to the Honours List but I think that this time only one other recipient of an honour (Tess Ridge at Bristol University) received one for services to social science. If this is typical it would seem that social science makes very little impact on those who make decisions about Honours and that is disappointing. I would like to imagine that this recognition could boost the profile of the social sciences, but I am a realist and I think that fields such as sociology, social policy, socio-legal studies, criminology and other aligned social sciences might do better to work through more accessible forms of media (including social media) to draw wider attention to the value of their research and ideas. Having said that, I also think that universities and professional bodies need to be sure that they put forward the names of more social scientists for these honours.

In your view, why do the social sciences matter?

We appear to be entered into a period of ‘post-truth’, ‘alternative facts’ and widespread cynicism about experts of any sort. This is a major tragedy for anyone involved in higher education and research as it devalues, at a stroke, all the learning, studying and careful appraisal of evidence which goes on in the social sciences. At the same time this frightening trend means that social science is even more important. The disciplines that comprise the social sciences all teach how to think critically, how to challenge received wisdoms, and above all provide a world view which has a scope beyond individual experience and biography. Social science provides context (global, historical and contemporary) to events and, to paraphrase C. Wright Mills, it can save us from becoming the mere victims of the cycle of history and of events created by others. Sociology, my foundation discipline has, par excellence, the potential to produce robust, savvy, socially aware students and we need such people more than ever.

What do you think the future holds for those working in the social sciences?

As my previous answer would suggest, I think that things are going to be quite tough for social science over the next decade. We all know that funding for research is getting much harder to gain and the race to publish enough articles in so-called gold standard journals risks obliterating time to think and reflect carefully. As I, with several colleagues, wrote in the edited collection The Craft of Knowledge (Palgrave, 2014) creating knowledge is not about the quick application of acquired techniques, but a craft that needs to be nurtured, shared and often revised in a context of joint endeavour rather than winner-takes-all competition. We may also face a decade of further denigration of scientific work, as if the existing sneering of tabloid newspapers and the production of new social myths on social media was not enough. But this simply makes the need for a strong constituency of social scientists who will engage with these modern challenges all the more vital.

Carol Smart CBE is Professor Emerita of Sociology in the Morgan Centre for the Study of Relationships and Personal Life at the University of Manchester, UK. Her recent publications include Relative Strangers (with P Nordqvist) and Same Sex Marriages (with B. Heaphy and A. Einarsdottir). 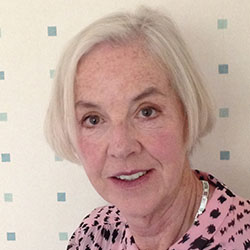