This month, the US-based Sentencing Project released an analysis of the racial disparities in youth incarceration in the US.  The results were no surprise to us as researchers of youth incarceration: Black children were more than four times as likely as white children to be detained or committed in juvenile facilities. Although the disparities have declined somewhat since 2015, they remain persistent.

Black children have been criminalized and punished in ways disproportionate to their white peers since the inception of the juvenile justice system in the US in the 19th century, when Black children were often confined in adult prisons and jails, while juvenile reformatories and opportunities for “rehabilitation” were reserved for white children. Black children have had less access to the privileges of innocence that are often extended to white children, and have had their normative teenage behaviors and actions policed and criminalized in ways that have led to the destructive harms of incarceration. Georgetown Law professor Kristin Henning explores these dynamics in her forthcoming book The Rage of Innocence: How America Criminalizes Black Youth.

Although we know a great deal about the racialized dynamics of criminalization, we know much less about how young people experience punishment once they are sentenced to juvenile detention facilities and prisons, and thus how Black children in particular experience confinement. This can also teach us how confinement reproduces the racialized dynamics of punishment. Although we know that rates of abuse and violence in these facilities are high, we know less about the mechanisms behind these forms of violence. This is because very few researchers have gained access to juvenile detention facilities and prisons to study the dynamics of punishment. Between us, we have gained access to and studied the lives of young people in juvenile facilities in several U.S. states; together with her colleague Ben Anderson-Nathe, Professor Abrams spent a year inside of a boys’ residential correctional facility in Minnesota, examining the tensions between rehabilitation and accountability that existed in the facility, and the ways that young people are often forced to display inauthentic emotions in order to lift the weight of confinement in their lives. In her book based on research inside of New York’s residential juvenile facilities, Dr. Cox analysed some of the ways that the facility authorities demanded ‘responsible submission’ and deference to authority, in ways that were often racialized. Both studies show how middle-class notions of whiteness is constructed as a hegemonic ideal, which often erases the complex identities that youth bring with them into facility life.

Through our research inside of juvenile facilities, we have connected with other scholars and advocates. We had the opportunity to conduct a meta-analysis of qualitative research that has taken place inside of juvenile facilities across the US, and found striking consistency in the approaches to treatment and the limited scope for reentry supports and services. Building on this research, we sought to draw together the work of scholars and advocates, and of people who spent time in prison as children, in a handbook published by Palgrave Macmillan this July. The Handbook helped us to understand some important trends in the imprisonment of children globally.

In 2019, the United Nations released a global study on the deprivation of the liberty of children, demonstrating that racial and ethnic disparities in juvenile incarceration are a worldwide phenomenon. Our handbook features a foreword authored by Manfred Nowak, the author of this global study. Several chapters explore the intersectional dynamics of racism, classism and gender in the approaches to the treatment of young people in prison, and in particular the demands and burdens that emerge in facilities on young people to perform particular forms of femininity and masculinity. Across the globe, racism and colourism are prevalent in punishment regimes. In order to provide us with a framework for understanding how legal processes and structures play a role in shaping young people’s experiences of custody, we have chapters about these processes in England and Wales, India, Brazil, and Ghana. Finally, we have important contributions from those who are playing a role in questioning the very legal divides between young people and adults which arguably often contribute to binaries between ‘innocence’ and ‘evil’ that are often racialized, and those who call for the abolition of youth prisons as a means of eliminating the pernicious racial disparities which exist in youth incarceration.

As we have edited this handbook, we have learned that it is critical to understand the striking racial and ethnic disparities in juvenile incarceration in the US in a global context, and linked to processes of global oppression, colourism, and hierarchy. The chapters in our handbook point to a surprising consistency in the approach to punishing young people across the globe; one that we argue must be uprooted in order to eradicate racism.

Alexandra Cox is Senior Lecturer in Sociology at the University of Essex, UK. She previously served as Assistant Professor at the State University of New York at New Paltz in their Department of Sociology.

Laura S. Abrams is Chair and Professor of Social Welfare at UCLA Luskin School of Public Affairs, USA. Her scholarship focuses on improving the well-being of youth and young adults with histories of incarceration. 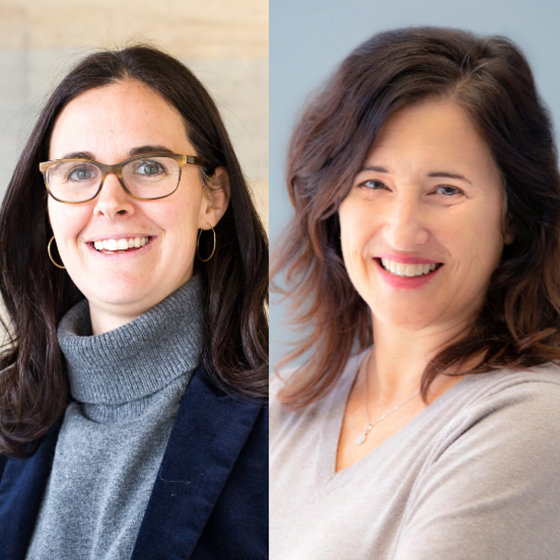